Serving Brisbane and beyond with universal respect!

Stepping to it this week we present you a Brisbane house music authority and a genuine don of the underground scene, Respect Guy! A co-founder of Brisbane’s Bad Taste House Collective, Matt Treffene’s latest pursuit has been to serve dancefloors with the respect they deserve, channeling the energy and tranquility of underground sounds lost in the pre-information age to refocus our minds, ears and feet. Never one to miss a moment, Matt takes us on an isolation-friendly return trip through downtempo relics of the past, mixing 90s IDM, trip hop and moody psybient cuts from long forgotten chill out compilations found within the deepest depths of the Internet. A spooky ride for spaced out minds.. full respect!

Hey Matt, what’s happening dude? How have the isolation times been treating you so far?

Yo! What can I say, pretty whack times but pushing through and engaging the hard reset in a somewhat positive way. Trying to stay safe and healthy for all around me is paramount. Some fortunate side-effects has been an increase in spare time to focus and also not focus, I feel both have their merits at this point. One thing is for sure, I’ve been finding a lot of new music.

Prior to all this covid craziness unfolding you had recently launched your new Respect Guy alter ego, which you describe as a “platform for electronic music lost in the pre-information age, serving Brisbane and beyond with the respect it deserves”. Tell us a bit more about that and how the project came to life?

It was a name coined to describe a sweet French former co-worker after an altercation with a customer due to a loss in translation. After he saw me play out for the first time the title was shifted and took on a whole new meaning. Basically you can’t have enough respect going around in this turbo reality we’ve got going on. The reaches of the idea spread to showing respect to others foremost and music that was long forgotten. I saw such a charm in genres and subcultures that existed is one small slice of the world or for a fleeting moment. I wanted to bring them back as I felt some were more important than ever. 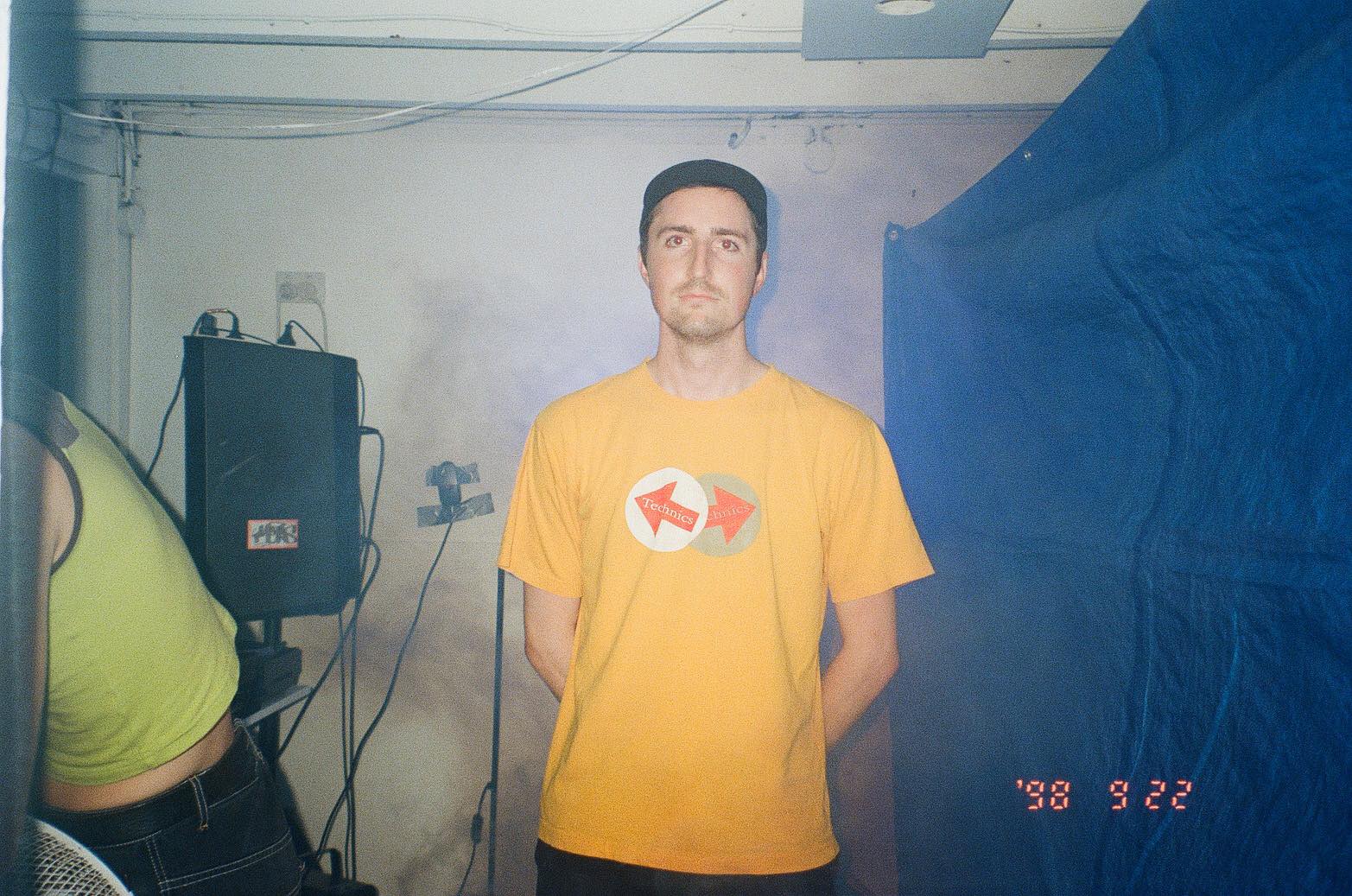 You’ve also been involved in throwing some great parties in Brisbane as part of BTHC (Bad Taste House Collective), tell us about the idea behind the name, who’s involved and what have been some of your most memorable nights so far?

BTHC was a working title for a bunch of buddies who all met through regular Friday night hangs at a local Paddington bar. It was a bit of a piss take to collectives and promoters that defined what genres they played in their names. The name just stuck and reminded us to not take ourselves too seriously. That was 5 years ago, we were meant to be celebrating with a huge birthday party with one of our favourite acts we’ve brought Beautiful Swimmers and our friends who have been there from the start.

Over the years we’ve invited so many artists we had always dreamed of bringing to Brisbane. Hysteric was our first interstate, such incredible energy. Jack J, our first international guest was the first of a mass migration of Canadian natives. That free, sold out show we ran with our good buddies A Love Supreme was an amazing beginning. We’ve been lucky enough to invite Jack and Liam back as Pender Street Steppers for 3 visits and we plan on doing it every year we can. Ultimate homies. Sex Tags 7 hour set till sunrise in the infamous Milton warehouse has to be a personal favourite. Such insane selectors and lovely humans, found myself shaking my head in awe all night. Hashman & PLO Man in the carpark with our pals at SHADE. Regularfantasy on the boat. There have been so many goodies. 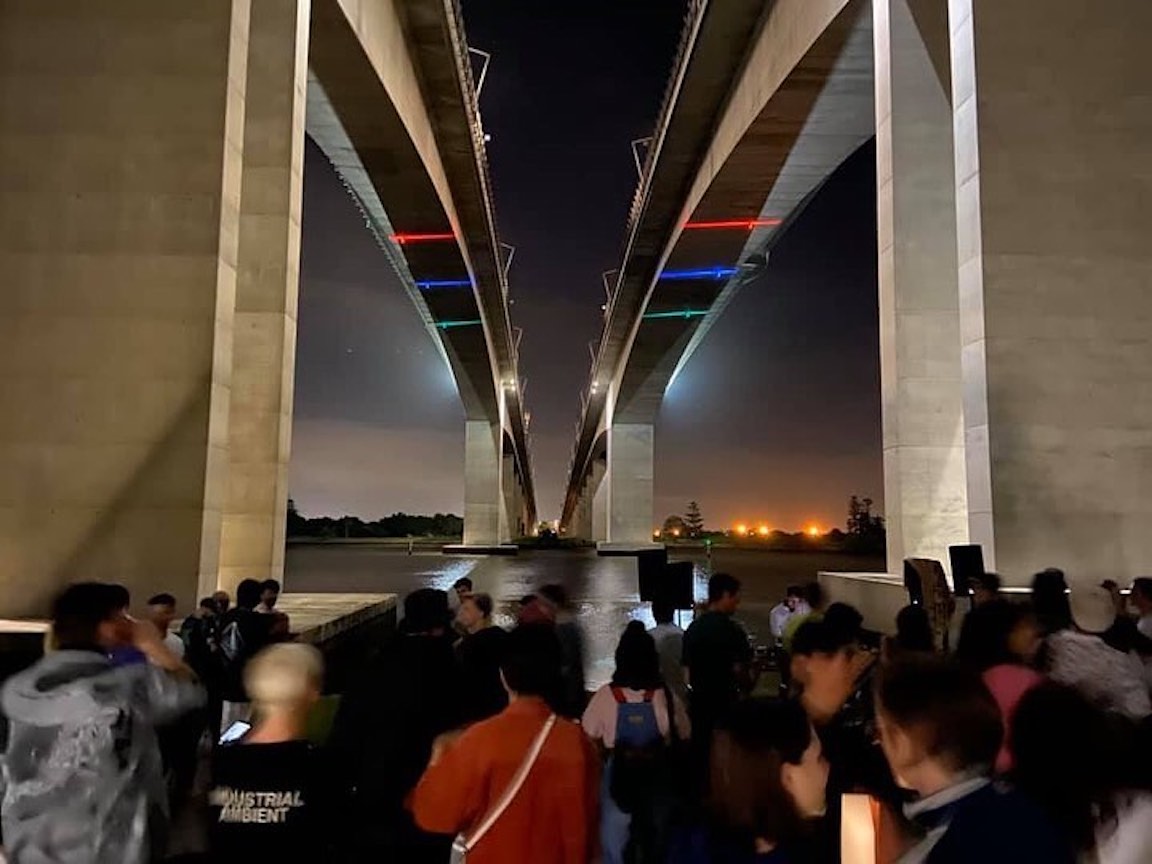 Touching on Brisbane’s underground scene more broadly, it seems as though there’s been a lot of new energy over the past couple of years thanks to the hard work of people like yourself and a few others, with new producers, nights and crews popping up. Do you feel as though things have been heading in the right direction?

Brisbane up until the pandemic hit was going off. So many new and exciting crews all bringing their own flavours and devout support networks. The injection over the last year and a half has been something truly special to behold and pushed us all forward at an incredible pace. The most amazing thing to see was the trust that dancers had developed with crews. It’s sad to have lost the momentum but the foundation has been laid and once we’re back I’m very excited to see what we all make of it.

What can you tell us about the mix you’ve recorded for us? Any special tracks you would like to mention?

Most of the tracks inside have been trawled from old trance and chill out compilations which I spend a large chunk of time within. The mix kind of took it’s identity after I was discussing deep state secret societies and conspiracy theories with a buddy. Kind of follows that narrative, all the tracks seemed to take on this spacious mood with a sinister ulterior motive. The final track (Robert Leiner – From Beyond and Back) kind of flips the script and goes full sinister but holds a sense of hope in it’s stupidly large synth stabs.