Handing it over to the mind behind London’s Unbound Events, a fantastic underground community celebrating a diverse range of UK club sounds, regularly seen hosting legendary cutting edge figures the likes of Skee Mask, SHYBOI, Peverelist and Afrodeustche alongside an array of talented emerging heads operating in and around the UK electronic music scene.

DJ Winggold aka Charles Olisanekwu’s forward thinking mindset is perpetually on display throughout his multitude of creative pursuits, and as a DJ it’s his dynamic three-deck mixing style fusing Afrofuturist techno and Drexciyan electro that persistently builds to dizzying effect, deftly guiding us deep below the murky surface and into a subterranean sci-fi thriller with a heavy UK twist!

Hey Charles, what’s been happening over your way mate? I know you’ve been involved in curating some great community minded parties in London that aim to raise awareness around a range of important social issues, tell us a bit more about your idea behind the Unbound Events series and what have been some of your personal favourite highlights to date?

Hey, thanks for having me mate 🙂 The journey with Unbound’s been quite a wild ride, with the past few being particularly insane, but I’m in the middle of probs the most nuts period so far. On top of the constant madness in the world, there’s lots of significant personal changes going on so I’m just trying to hold on for dear life…!

I initially started Unbound whilst working in a super corporate job that had me feeling stifled and depressed AF. After realising *just* how sad I was, I decided to pour my creative energies into something I loved.

At the time of starting it, there wasn’t much mixed-genre exploration going on with events so I wanted to create a space where you could hear anything. It started off as mainly techno and electro but, after our 2nd event with Simo Cell and Galaxian, it expanded into a series with a really broad (yet specific) sound. It’s effectively all sorts of fwd-thinking bassy music refracted through an Afrofuturist lens, with a focus on platforming minorities. After starting it on my ones, good pal, wicked DJ and producer extraordinaire Aidan Ray jumped in to help, and sick residents DJ Paramedic + Dr Blowfin came on board. 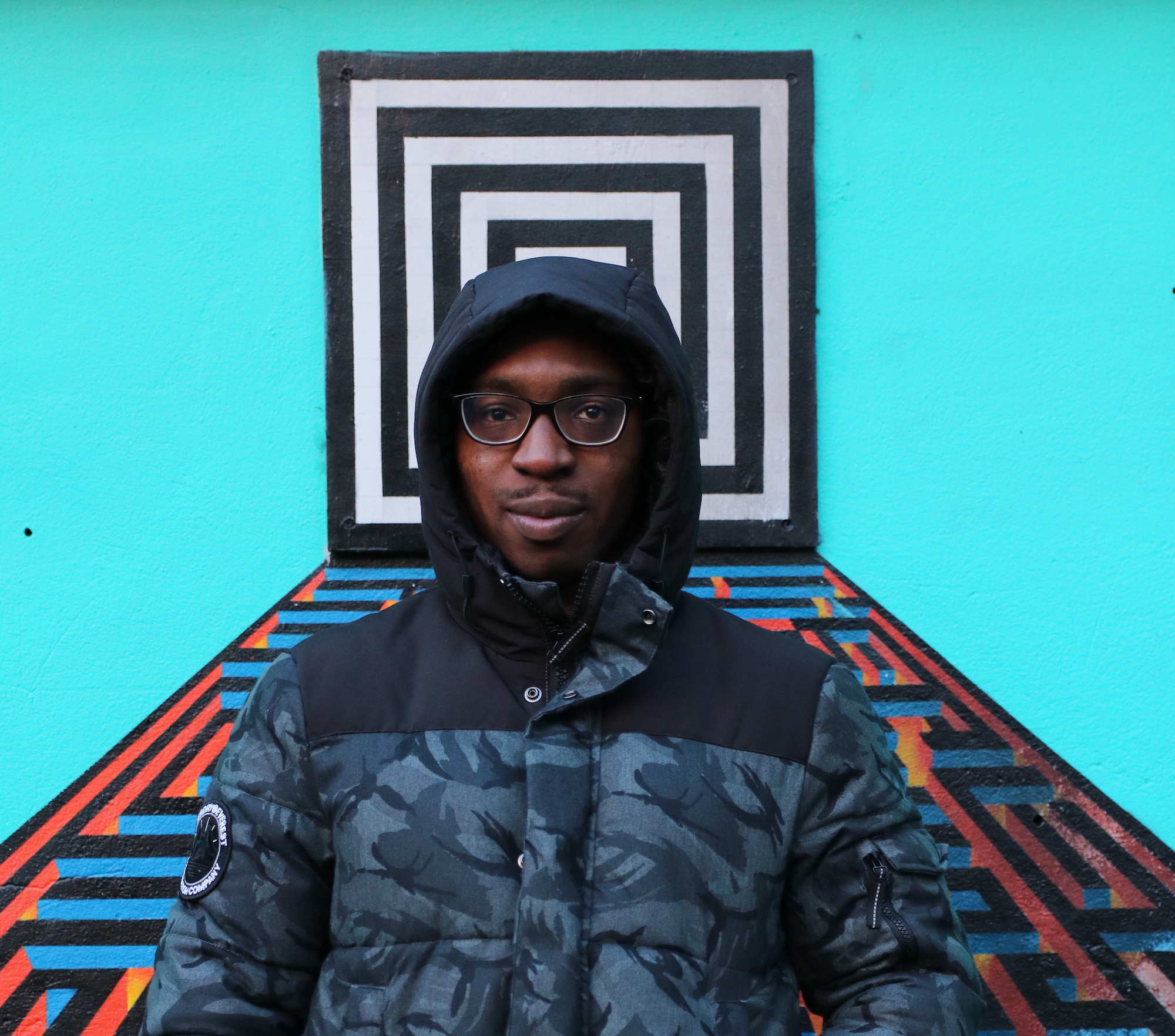 The music policy is deliberately as broad as possible to reflect the openness and compassionate mindset that I want to spread to people. Be the change you want to see in the world and all that 🙂 When you’re on the dancefloor hearing unclassifiable, mind-expanding stuff, it hopefully gets you to consider things in a new light and envision new horizons.

Highlights…ooft…TOO MANY. I’m really bad at dwelling on achievements tbh, but we’ve packed in a lot during our short lifespan. Sold out 700 cap show with Bruce, Skee Mask and Afrodeustche, a sold out day and night party with Batu, Peverelist, SHYBOI, Hodge + Lukas Wigflex with the most diverse dancefloor ever, then followed up by hosting a night at Griessmuehle 2 days later, taking part in the Horst Music Lab that same summer and learning from legends such as DISCWOMAN’s Frankie + Trouw/De School co-founder Olaf Boswijk… then going on to host a discussion on Afrofuturism with Underground Resistance label manager Cornelius Harris as part of Horst’s Digital Lab the following year, closing out Fabric after Giant Swan and Eartheater for Pitchfork Festival…! It’s been a whirlwind to say the least.

You recently wrote a great extended piece for the Untitled 909 website titled “From Feudalism to Futurism – how the influence of the UK’s music scene continues to be felt around the world” where you cover topics from the rise of dubstep, Hessle Audio & Night Slugs, PoC representation in the media, business techno and Daft Punk, among many others. I can only imagine how much research must have gone into a piece like this, so what was it that prompted you to write the essay, and what were some of your favourite topics to explore?

Ah man, this was a beast to put together but it was honestly such a joy connecting the dots. I first bashed out the initial idea in a couple of hours and it started off as a pretty straightforward piece tracing the lineage of old school dubstep to the undefinable wiggly club/bass sound we hear now, as pushed by artists like Loraine James, CCL, object blue, Tristan Arp and Sobolik. As pieces of the puzzle kept revealing themselves though, the scope expanded.

The piece basically describes the foundations of Unbound and has been floating around my head for a while now – there are a lot of facets to Unbound, but the best way of describing it is basically ‘deep techno x bass’. So this was an exploration of the underpinnings of the bass side of that combo. I actually really enjoyed diving in deep on all aspects, but digging into the origins of dubstep, Night Slugs and Plastic People were probs my fave parts as they’re all hugely influential for me.

Going to brostep raves at 16 is what got me into electronic music (shout out Under The Radar!) and it was a gradual transition from Borgore and Doctor P to the classier stuff (so a fairly common journey, I guess?). Took me a while to get there but I did. 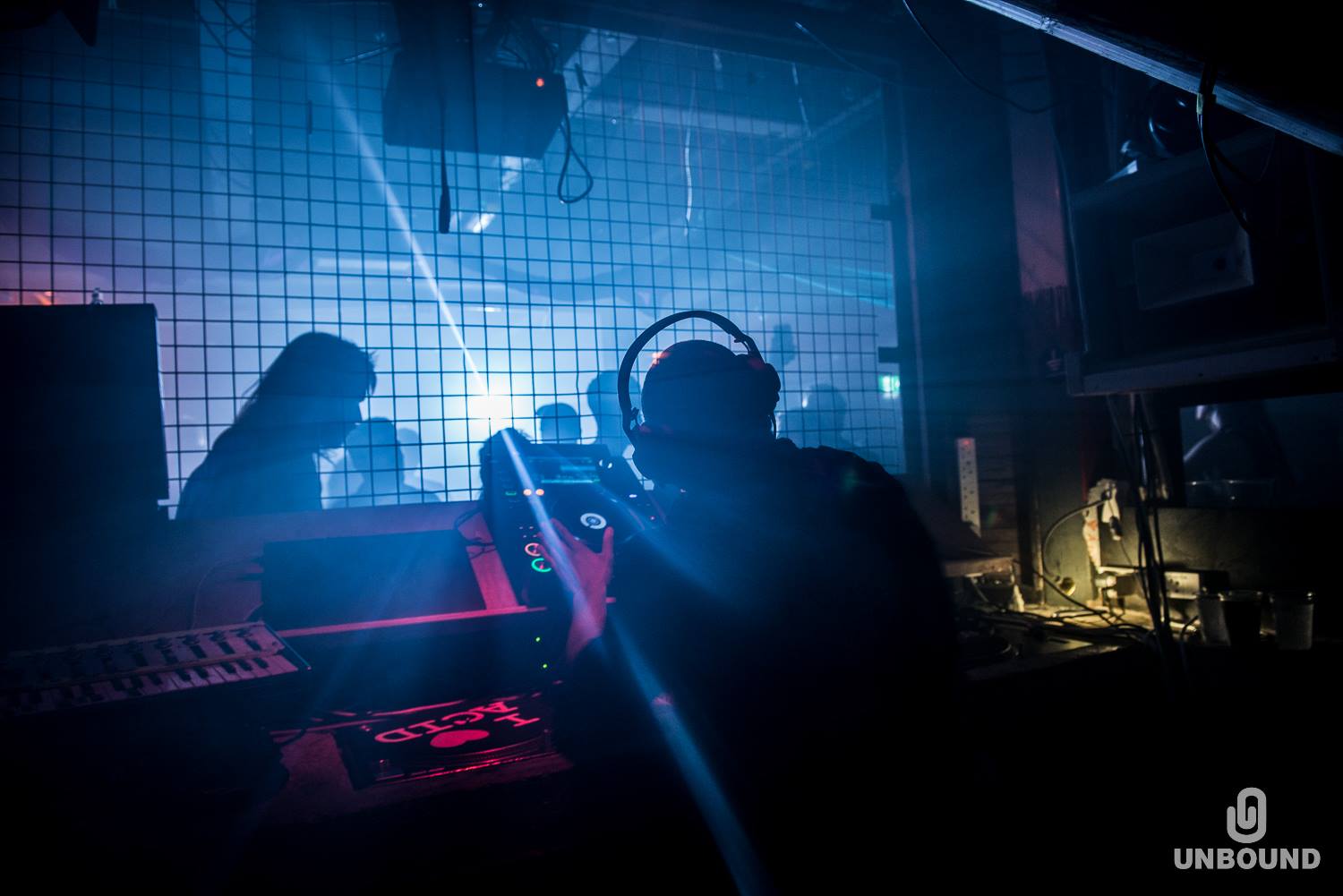 I also actually grew up down the road from Plastic People but didn’t start properly going out til after uni and it closed shortly after I graduated, so I never made it down. I’m deeply inspired by the way the club created a community that went on to have an impact round the globe, so it’s one of those places I constantly feel a deep yearning to have taken part in despite completely missing out on it.

Also, getting deep for a bit (my go-to state, whoops) but I had a period at the start of 2021 where I was bummed out by all the lip service paid to Black Lives Matter but with no follow through. All PoCs knew it would happen, but I was just burnt out and demotivated so it hit me hard. I’m really into the capturing of specific cultural flashpoints so, as I was writing, it became clearer to me that it had to emphasised just how much the origins of electronic music are indebted to black people/minorities. It’s a common thread throughout all my work so it was only natural to highlight this aspect.

You first described your sound to me as Afrofuturist based and Drexciya/UR inspired with a UK twist, and this mix you’ve recorded for us is certainly a wild fusion of UK and Afrofuturist sounds, and one that tells a real story from start to finish. What kind of direction were you hoping to take people with the mix, as there’s clearly a range of influences packed in there with a big surge in energy towards the end!

Ahhh, love that you described it as telling a story <3 I see my DJ’ing as being part of a wider creative practice and one where I basically craft narratives through sound; all my mixes from last year have essentially been little stories to myself to aid me in the healing process from trauma/mental health struggles.

This one’s different since it’s the first one that hasn’t been overthought, didn’t really have a specific theme + wasn’t a way for me to channel emotions (it’s healthy in small doses, not if it’s the only way to emotionally express yourself…!).

I wanted to bring to life a slanted, alternative view of techno, one that represented an Afrofuturist fantasy, where you have no idea which way it’s going and where the rug is constantly pulled out from under you.

The general vibe I was going for was a meeting point between home-listening and the dancefloor. I’m super inspired by Shackleton’s Fabric 55 mix and the way it plunges you into a state of disorientation + my fave moments on a dancefloor are those heart-in-mouth, head spinning moments where you have no idea what’s going on. 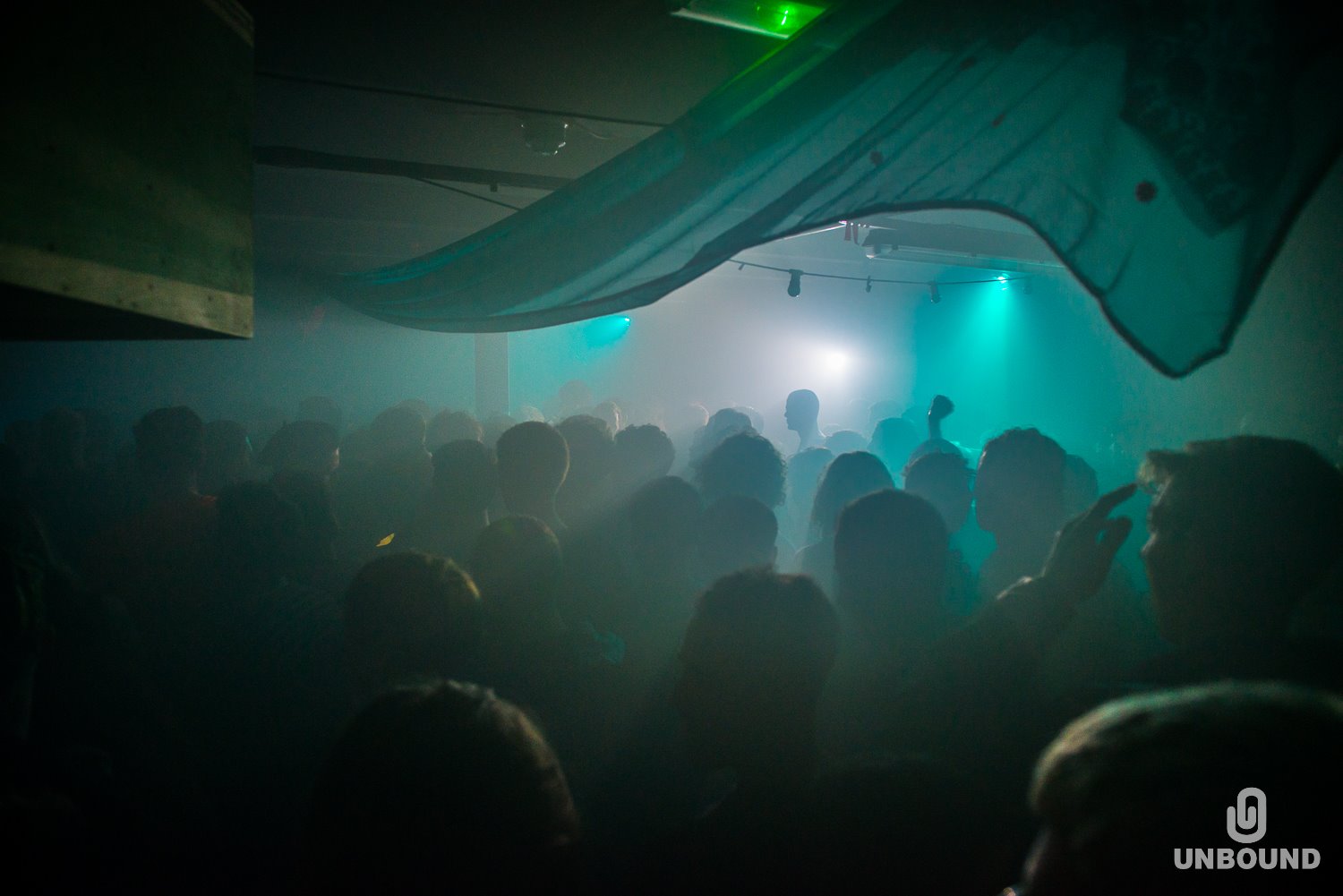 The last part of the mix is probs the best representation of my DJ self since I like to go in hard, fast, deep and visceral but I decided to do the exact opposite for most of this one. Wanted to challenge myself to make almost an anti-mix, where the energy levels are constantly toyed with. It was initially all gonna be fairly laid-back but couldn’t resist leaning into my natural heavier inclination by the end hehe. It’s also my first recorded 3 deck mix out in the world, eek!

It’s also super important to me to rep upcoming UK artists (a track by the donny Syz is a key part of the mix and, not featured in this mix but some faves are: Lewi Boome, Amaliah, All Trades, Porter Brook and DJ Double Oh) + PoC artists from around the world. Trying to reflect the openness I’ve banged on about whilst reflecting grassroots energy, much in the same way Underground Resistance did. Feel like I’ve unlocked something creatively after doing this!!

What else do you have coming up, do you have any other new projects or events on the horizon?

Ha, oh dear Lord… actually too much lol. All a bit wild considering I’m one of those DJs who’s been fortunate enough to have an increased profile during the pandemic, but I’ve literally gone from mainly playing at Unbound and putting together mixes in my room to playing proper serious gigs.

Got a pretty jam packed next few months – hosting the first Unbound of the year with Ploy, Kikelomo, Itoa and Alexis (shoutout the Kallida Festival crew and their masterminds Hue Tailor + Reuben G who’ll also be playing) and playing lots, including a gig with stellar human beings Bruce and Gigi FM for Bambounou’s label night. 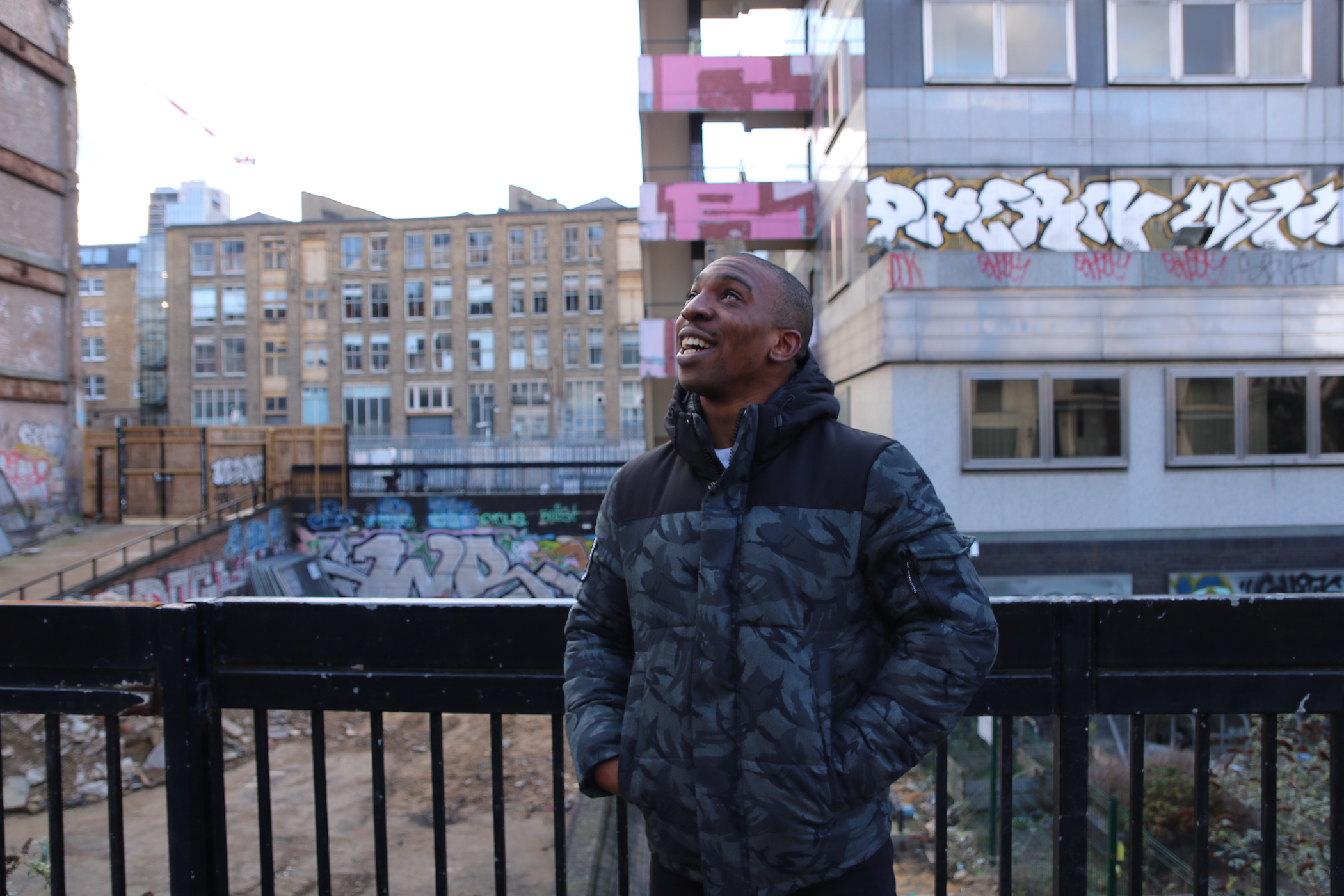 Bringing down Tristan Arp for his London club debut, then going on to a fairly hectic festival season playing a bunch of boutique UK fests inc On-Kilter Festival, Headroom and Kallida.

With other endeavours, I’ve got a lot more writing stuff coming up including some stuff in print media (!) and I’m also running the press campaign for the LP of a bonafide UK legend. Further down the line, I’m really hoping to launch a visual media project by the end of the year. It’ll basically be messing around with mates but I think it’s got legs… All this while holding down my day job as a lawyer, eek. We’ll see how it all goes!