Cosmic cruisin' with Lisbon's Apple B!

Cruise through the multiverse with Apple B from the fantastic Magic Carpet label guiding us on bleepy galactic exploration through squelchy outer space tech moods and groovy atmospheric acid!

Hey Sam! Thanks for being involved mate, what’s been keeping you busy of late over in Lisbon? I know it’s been peak party season over your way at the moment, what have been some of the most enjoyable ones for you thus far?

Thanks for having me on the series dude 🙂 Yep yep it’s most definitely party season over here. Plenty of open-airs popping up around the city and on the coastline to keep everyone occupied. It’s wild how many people you’ll see out on a weeknight here… the Portuguese love to party! Early on in the summer the Bloop guys had London’s Half Baked crew over for a day rave in a disused swimming pool – that was pretty special.

Then there have been plenty of jams in interesting spots (loft style warehouses, beautiful city parks and so on) throughout the summer from the likes of Between, &Co and Anexo – and a new regular monthly called Odysea (run by Penelope) with interesting bookings that’s upping the diversity of the scene a bit.

Right now half of Lisbon is recovering from Waking Life festival who just pulled off a sensational fourth edition around their lake near the border with Spain. Top notch art direction and the DJs know they’re playing to a more educated audience, so they just take it wherever they want. The scene’s bubbling nicely!

The way we first connected was through the Magic Carpet label that you co-run, and while it’s still early days you guys have already released a bunch of high quality records from producers around Europe, and most recently entered the reissue game giving new life to two of the Italian tribal don DJ Fary’s finest and rarest cuts, originally out on Tribal Italia in the mid-90s. Give us a bit of insight into how that one came about, and what kind of direction are you hoping to guide the label in over the coming years?

Yeah so the label’s a couple of years old now and we’re rounding on our tenth release at the end of this year. Feels like we’ve been doing it forever but at the same time we’re still so excited about it and get such a buzz from working with artists. Hazr (Harry, my carpet copilot) and I have been mates since we were teenagers and we have a lot of fun with it.

We had some laughs putting the DJ Fary record together. We were on a Zoom call with Carlo (DJ Fary) who’s in his 50s now, and my Italian friend Mattia was acting as translator for us. We were explaining which tracks we were interested in, and it turns out one of the tracks had the wrong name on discogs for years and the YouTube videos had copied the error too. So when we asked for the track that, on our release, is called “Punjabi Fantasy”, we asked him for “Punani Fantasy”! Carlo had no idea what we were talking about and Mattia our translator was trying not to crack up while we made him repeat Punani Fantasy over and over. Eventually Carlo said “… do you mean the Indian one?” and the penny dropped that it was really called Punjabi Fantasy. We’ve fixed the discogs now but it was super funny.

Musically the plan for the label is to keep doing what we’re doing: unearthing and developing talent. We don’t stick to any particular genres but we generally like to keep things playful and positive, with some more mysterious and moving stuff to mix it up. Basically we just put out whatever the hell we like and hope that people will be feeling it too! So far so good 🙂

Another project you’re involved in running is Beginnings Festival, which I can see had a successful third instalment earlier this year. Tell us a bit about the main ingredients driving the intimate festival to date, where it’s located, and how would you describe the overall experience as both an attendee and someone working behind the scenes?

Ahh beginnings… such a beautiful project. It’s a not-for-profit festival for friends of friends situated on my pal’s farm (quinta, in Portuguese) in the rolling hills around Évora ~1.5hrs drive from Lisbon. It’s truly a magical place, dotted with cork-oak trees and white, orange and lilac flowers when we do the event in May.

We put a lot of energy into cultivating the feeling of being a big family. For example it’s 100% volunteer run and there’s nothing to buy on site: we lay on all the beer and organise loads of refrigeration for people to sort out their own booze and food. We’re intentionally growing super slowly (only a few hundred people at the moment) so that folks can build proper relationships and the community stays tight as the numbers increase. Everyone contributes both cash and in kind (including the DJs) which helps to put everyone on the same level and check egos at the gate. We make sure to keep the participation cost down so it’s accessible for everyone – Portuguese salaries can be pretty low and out of sync with the international crew with remote jobs who have settled here. 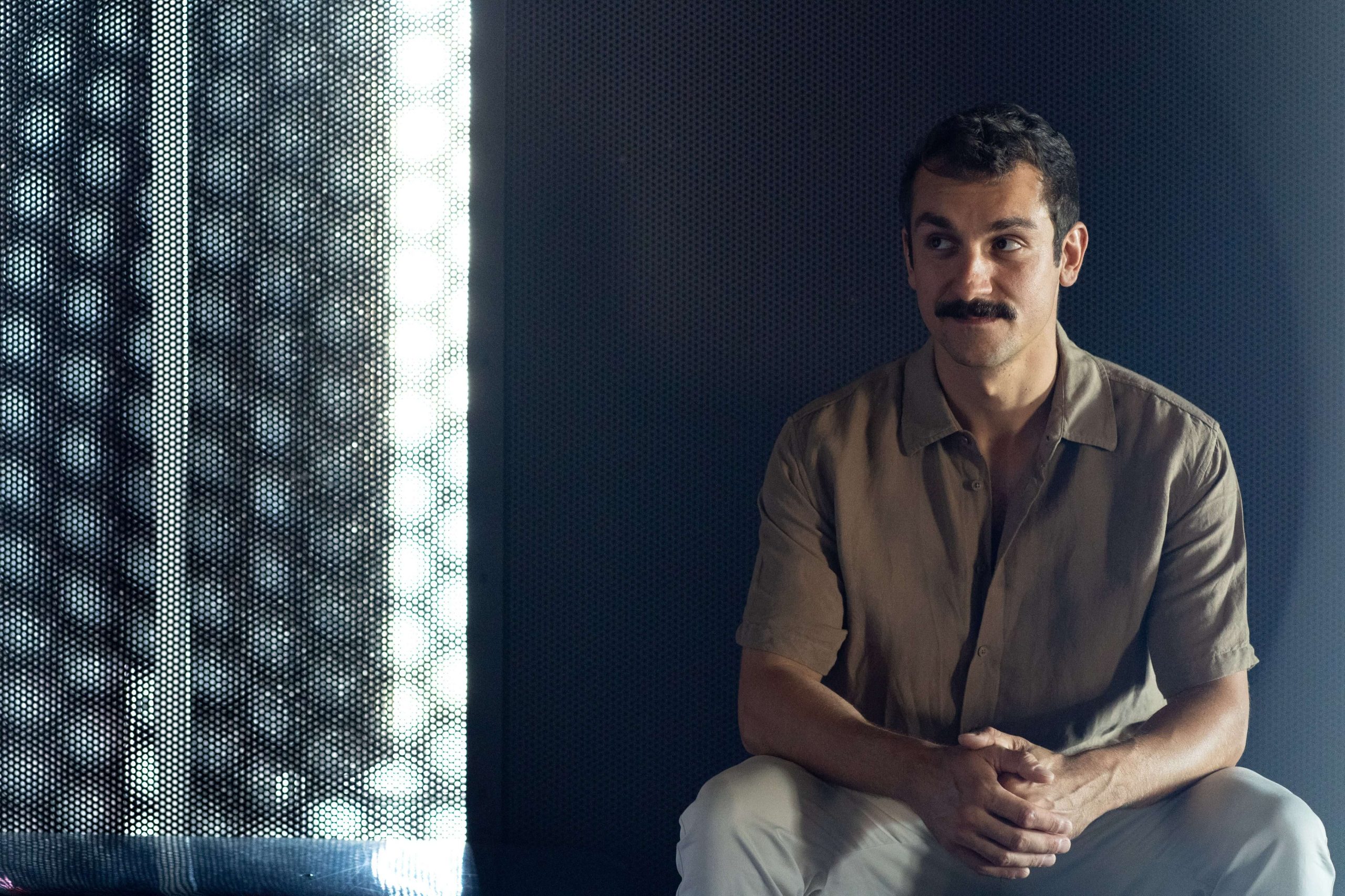 We’re an 11-person organising team – some of the most humble, capable people I’ve ever encountered – who handle the core production and work to help ideas from/by the community come to life. Last time we had neon badminton, dancefloor massages, a body-movement workshop, surprise mimosas, bloody mary’s, toasties and smoothies etc etc. For the next one we’re working on adding an extra night to the programme, running a community kitchen to feed everyone, and properly sorting out our sustainability management.

Tell us a bit about the mix you’ve put together for us here, what inspired it and what are some of the spiciest jams we might encounter along the way?

So there’s no deep conceptual theme to the mix – it’s more of a reflection of how I’ve been feeling the past few months. Sometimes life just seems to flow easily and good things happen. There’s been a lot of fun and connection and serendipity for me recently which I’m very grateful for, so hopefully the mix conjures some of that for people listening.

In terms of spicy jams the mix is 100% vinyl, mostly new bits from other small labels, for instance the 3rd track in is ‘Hearing Colour’ by Velvet Velour from his ‘Wonderful World Of You’ EP for Welt Discos, run by our mate Joe Delon here in Lisbon (class record front to back – TIP!). Too many tribes to name them all but massive props to the like of Small Moves, Sex Tapes From Mars and Comics Trip! I’m very happy to ID tracks in the comments… these tunes were made to be heard, not squirrelled away.

There’s a bunch of forthcoming Magic Carpet material in there too. I’ve snuck in a track from RIDE09 ~ Aiden Francis (out late September) and a couple from RIDE10 ~ Lucho (out in November), so look out for those!