Roll it caballero! 100% good times with the Burger man.

This week we find ourselves deep in the tropics with an appetite for ripe fruits and some pure perspiration vibrations! Sweat it out with the Burger man throwing down classic reggae and highlife, disco house madness, crunchy drum traxx and afro-cuban jazz delights in ultimate Fett Burger wild style. 100% good times guaranteed!!

Hey Peter, welcome aboard! I know you’ve been busy with two new 12”s just out on Sex Tags UFO, with a fresh double sided remix package for Jennifer Loveless’ Water EP, originally on Butter Sessions, and the first 12” EP of DJ Fett Burger originals in more than a year! Tell us a bit about each project and what vibes you were channelling?

Hello! And thank you so much! I have been busy releasing two new Sex Tags UFO 12”, and really happy they are finally out! Takes so long to get records out these days, that’s a bit frustrating. But I got more on the way, so just gotta be a bit patient!

The remix package I did for Jennifer was something that mostly came out of a fun coincidence. She started following and buying my releases on my digital label called Digitalized Planet B.

I released a lot of new stuff there during 2020. And then we started to chat, and that was nice. So she did a Trushmix, and I asked if she would like to remix one of my tracks on Digitalized Planet B. She did, and in return I remixed some of her music. I love to make remixes. It was two tracks I really liked of her record on Butter Sessions. The original idea was to release it on Butter Sessions, but they where not able to release it before 2022, I thought that was a too long wait. So decided to release them myself. And it did not go any faster because of the situation with pressing plants theses days, hahaha.

I wanted to make Jennifer’s tracks in more dancefloor-oriented versions, proper groove-shaking reworks in an underground manner. I’m very happy about the remixes and the record, it became a very consistent project.

The other 12” is my own stuff, a four track EP with a remix by my good friend SVN. All these tracks are previously released on Digitalized Planet B as digital. I collected a selection of tracks from these singles and put them together as an EP.

These tracks need to be on vinyl, and I’m very happy about this release as well!
My digital label has become a nice platform for production, and then I can make selections of the releases to put out on vinyl. This 12” is the third one in the series on vinyl till now. The digital releases got a lot of remixes not on the records. So check out the digital release as well for extra versions!

This record here is pretty varied in style, where I combine liquid house, break beats with a different touch, and house in an underground hip hop style. And a three-part remix by SVN, a really nice piece with a cinematic touch in SVN’s recognisable sounding way. I got a certain style and swag on these releases I like to explore, not everything high end, they definitely have their flaws, but it’s a project working towards something great! Moving and grooving with style and creativity.

On the Butter Sessions connection for a moment, you’ve teamed up with those guys on a few occasions now and seem to always complement each other’s dubwise sensibilities really nicely. What is it that you enjoy about working with the label and do you have any more collaborative ideas currently in the works with them?

I got to know Maryos the first time I was in Melbourne, we went out to paint together and we became friends. And both Maryos and Corey are very nice guys, and they enjoy putting out records and being in the studio, so that’s a good way to connect. They are both easy going, so sometimes we decide to make some music together. It’s all just very relaxed. And once in a while records come out of it!

Think maybe there will be something again in the future, I just need to come back to Melbourne sometime soon. 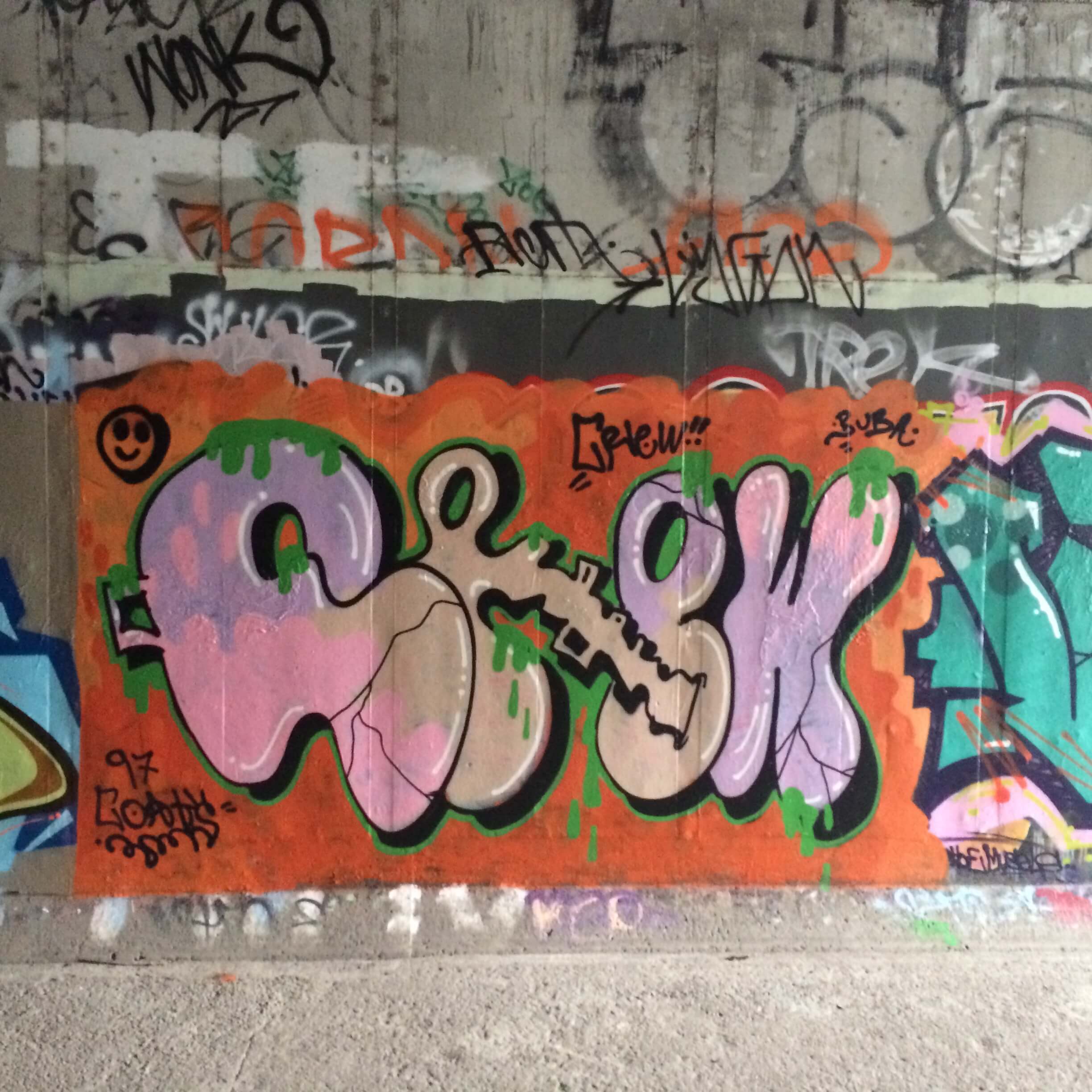 I see you’ve been working with Sven Rieger aka SVN again recently and have a great new 12” out together on his SUED label as part of your ongoing XI collaboration. You guys have kept that project going for over a decade now, tell us a bit more about your connection, why it works, and what are some of the unique elements you might each bring to the table when writing music together?

XI started as a studio hang out in SVN’s Neues Deutschland studio back in 2008. He is a good friend, and one of those people that has been there since I came to Berlin. He is one of the extended Sex Tags family members.

He has an awesome studio, with a lot of older analogue stuff, and a very particular way of producing. So occasionally we have studio hang outs and produce music. And when we have enough music, we make a record. Our last record on SUED we had planned to make. We had 4-5 sessions in a month where we recorded the tracks, and then followed some editing and cutting later. And it was done! We usually just go with the flow.

He starts on something, I sit and make drawings, and then come and add some sounds, and it goes back and forth till we are happy. We always work in a way so that we get the distinctive sounds from both of us in the mix, although he is the captain of the studio, and I the co-pilot. And sometimes edits are made in his studio, or I do them in my studio. I like to edit things.

The XI way is a very easy going and relaxing working method. And works out well for our project!
So there will be more XI records in the future! 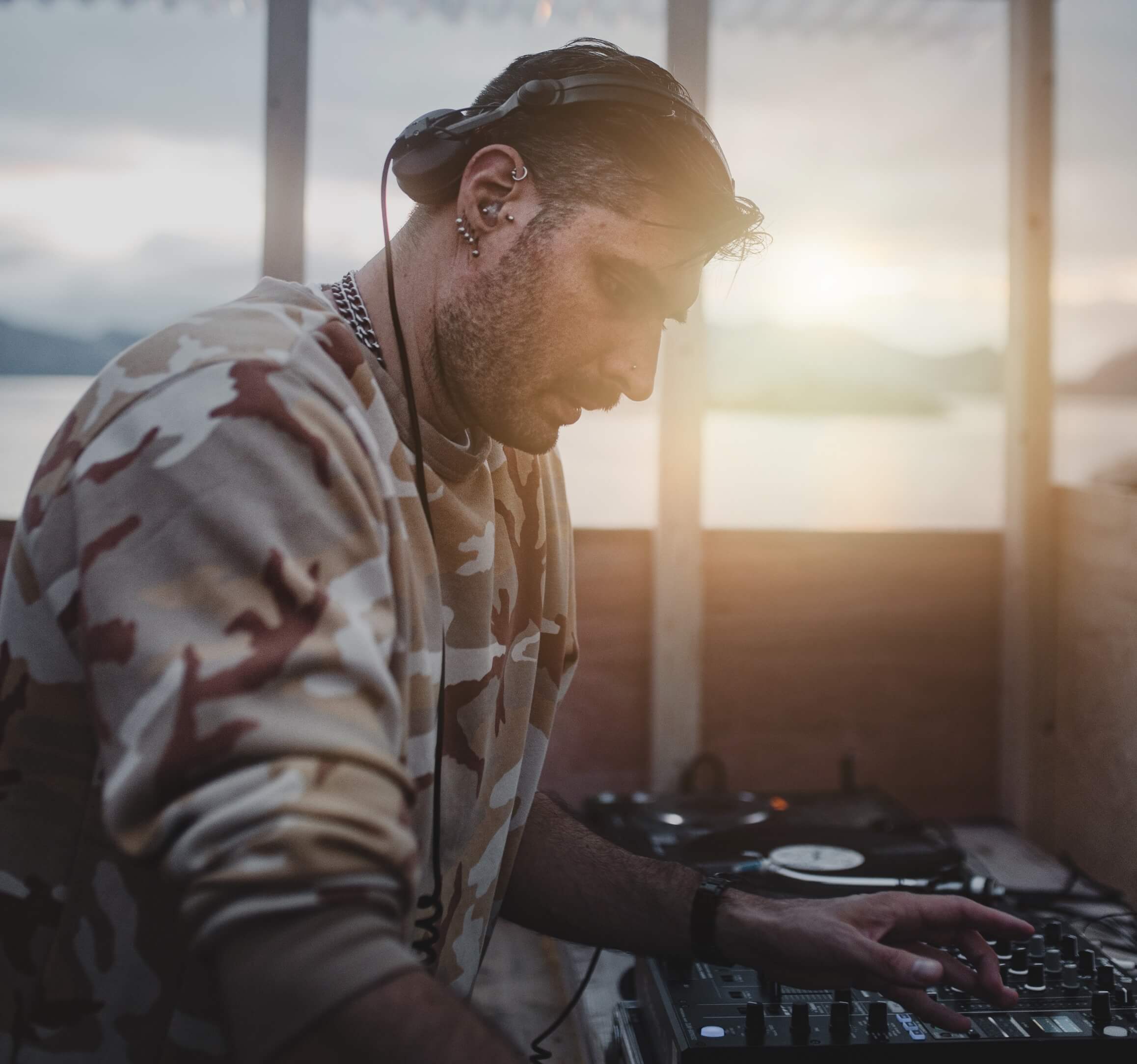 Fans of your mixes would know you like to stretch out and explore all kinds of weird and wonderful sonic territories, often taking listeners on 3 hour + journeys full of nostalgia.. tell us what inspired this particular mix and what kind of feelings might we encounter along the way?

I love great music, and love to go into different directions with my mixes. Gotta be a bit surprising for the listeners. It’s like these good radio show that they used to air a lot before, you play for the listener to enjoy, and then it gotta be some variations and unexpected elements. That makes it a bit interesting. I never plan a mix, just freestyle. I got a lot of older records, since I mostly buy second hand stuff. I also put in new music by me and my friends in the mixes as well, released or unreleased.

I’m a big fan of long mixes, it’s easier to go through different styles and moods since there is more time to work with. And you can let the inspiration take you wherever you want.
I got my style of course, but try to keep it as open-minded and fun as possible, but still like to have my kind of groove and flow. Also like the mixes to go deep with the right kind of atmosphere, and they gotta be soulful. Mixing wise, I’m always a bit on the rough side of life, but that has become my style I guess. As long it is consistent and flows well I think it’s good, and the music has to be great of course.

So I made this mix with these things in mind. 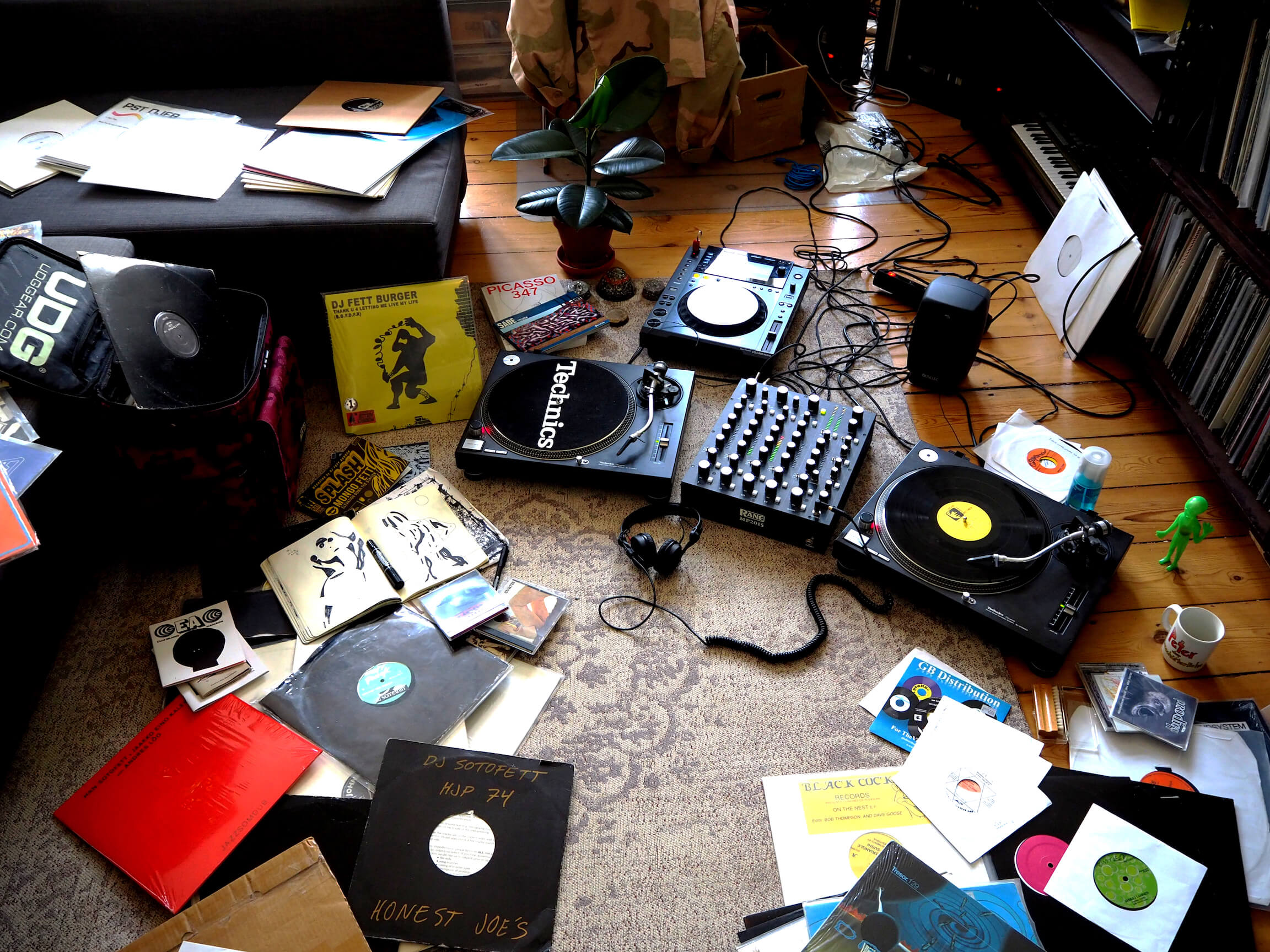 What else are you looking forward to in the world of Sex Tags and your own musical adventuring this year?

I hope all my planned records can come out soon. I currently got at least four more projects ready. One album, and at least four 12”. Plus more in the making. But they need to be pressed. When they are out I have a few other projects I need to finish!

Then after that I want to start from scratch with something new. Let’s see!

Also there will be gigs hopefully a good amount and other fun things! I’m always onto some project, so time will tell what will happen!

I hope there will be a good flow and a lot of fun things coming! 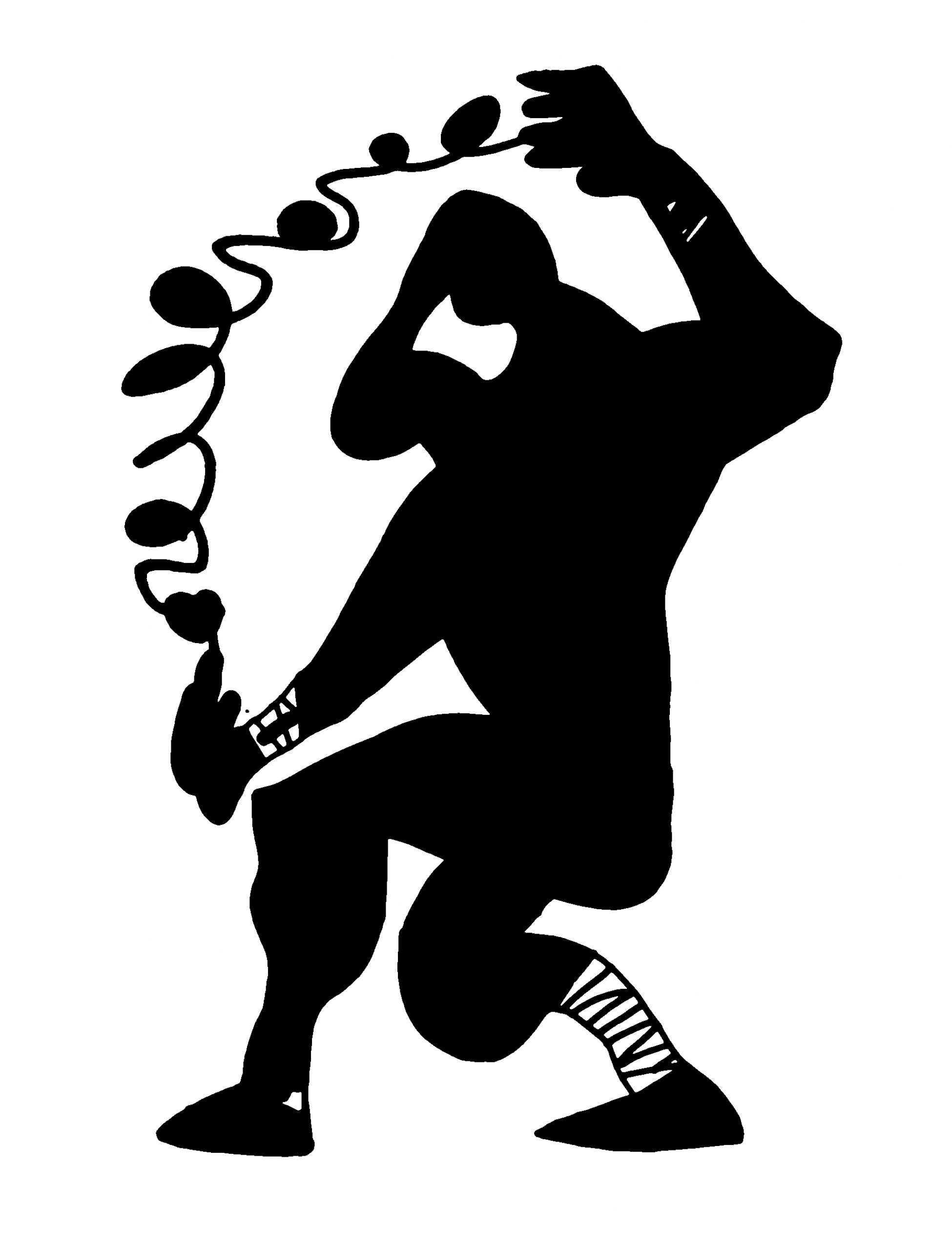