Up next we have the multi-talented NYC recording artist Relaxer, formerly known as Ital, with a jaw to the floor mind melt that will keep you guessing till the very end! We fired some questions over about his latest full length offering Concealer for UK heavyweight Planet Mu, his most recent live performance at Sustain-Release, and even uncovered some rather handy USB playlist tips along the way.

Hey Daniel, hope all has been well mate! Your latest LP Concealer for the legendary UK label Planet Mu follows up three consecutive albums for the label produced under your former Ital alias from 2012 to 2014. I’m wondering what might have inspired the latest album, if there were any connections you were hoping to draw from the previous Ital albums for the label, and how your approach to writing and recording an album like this may have evolved since back in those days.

I was definitely inspired to be back on Mu. It’s got such a strong aura – very adventurous and strange / intriguing always. My first two Ital albums for them, Hive Mind and Dream On, were made in Audacity and very digital and also very naive in their construction. When I started on Endgame, I had been performing a lot, DJing more, working with hardware and getting really into production for the first time. I think all that honed my focus and changed the sound a bit to what would become Relaxer. But I also found myself missing the really vile, grotesque digital edges that defined those first two albums. On Concealer I really dove back into that side, now with ten years experience, and fused it with the more performance-based hardware approach.

I love sounds that feel like things, like these dimensional objects, or oozing textures, or molten trash or like pulsating air. That was a big part.

Also, on 2019’s Coconut Grove for Ave 66, I went back to minimal as a jumping off point. I started making my very first tracks in 2006, and was obsessed with Villalobos and Cadenza and other minimal sounds from that era. Over the years, I kinda put that on the shelf. But it started to worm its way back in. A lot of that music is very spacious and alien. That influence also carried through to Concealer as a counterpoint to the more raw / punk techno of the first five Relaxer EPs. 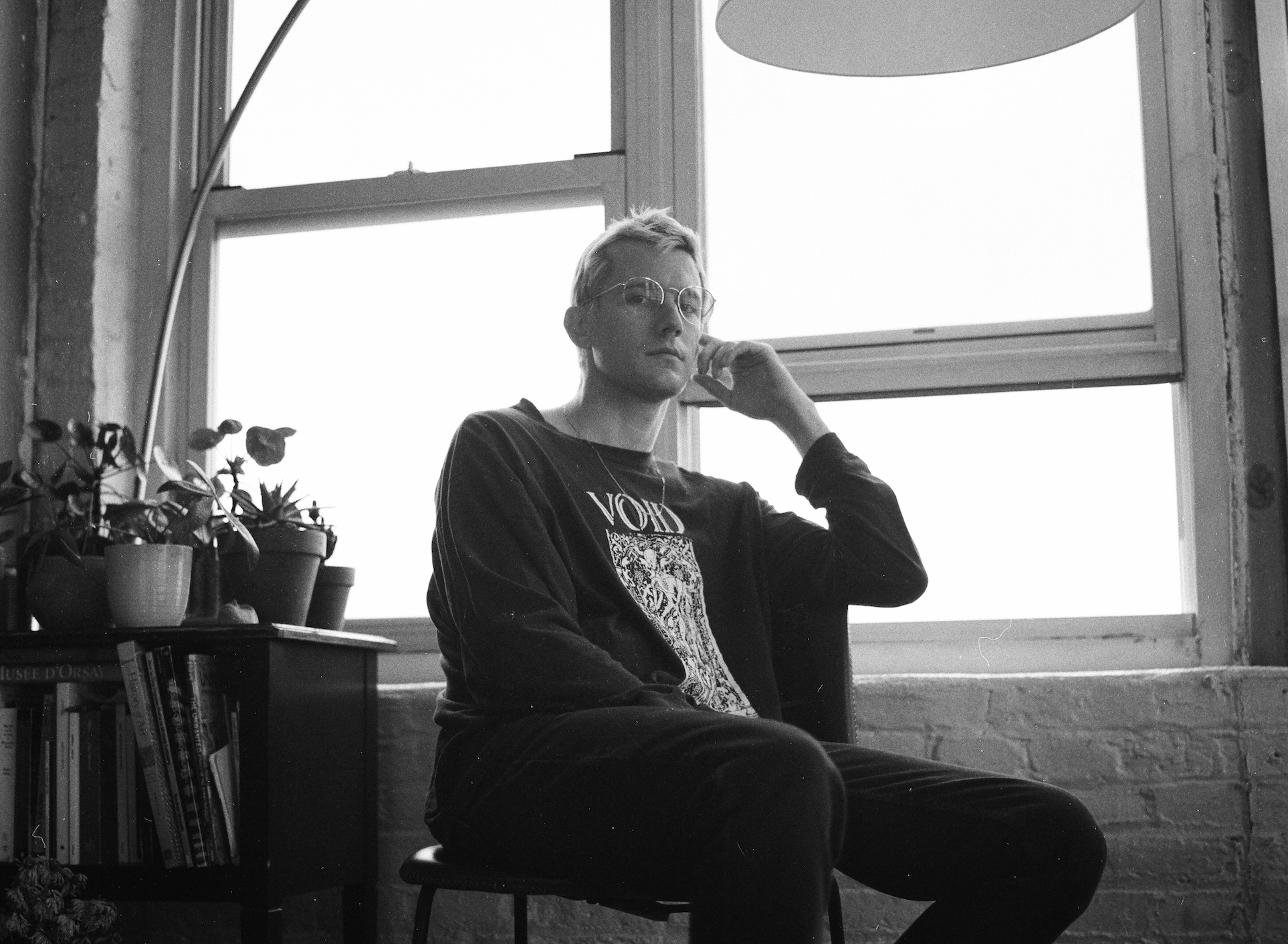 When planning out a mix such as this one, do you find there to be any similarities as to how you might approach recording an album, in terms of writing a beginning, middle and end, or do you like to approach mixes with less of a structure in mind and just see what feels right in the moment?

I don’t really plan DJing too much, but I did recently have a breakthrough in my practice. My USB got corrupted right before an all night b2b. I was panicking and I had to really hustle to get all my files together and format a new drive and all that. In the process, I had to make new playlists and I began to name them based on how the tracks feel. So like “punk & snappy” or “hectic rave” or “drug music.” It used to just be “Bossa April” or “The Lot May,” which was just… so unhelpful. Having everything arraying according to feel and function has helped me approach DJ sets a lot more like a live set, where I’m riding a mood and playing with it rather than scrolling thru these piles of new, not-so-new, kinda-new and old tracks.

You’ve managed to feature a wide range of different moods and energies in this mix, and I’m curious as to how you might describe the journey and the varying emotions it taps into along the way, as well as what are some of your favourite tracks in the mix?

I like juxtapositions more than same-same. My favourite DJs just leave my jaw on the floor by making things that aren’t on the face coherent into something perfect. It’s amazing. I really like the Xiorro track, and the Ryuichi Sakamoto closer to the beginning. The Burial one is such a gem, and there’s a track from SPF 50 right before the Everything But The Girl that is such a heater.

Touching on the festival Sustain-Release for a moment, I can imagine the 2021 edition must have felt quite special given the pandemic and all of the global events leading up to it as both an artist and a former co-director of the festival. I read that you also performed a new piano and spoken word focussed live set, how did you find that whole experience and what were some of your favourite moments from the festival?

It was very strange and emotional. I worked on the first six editions and became co-director for years 4, 5, and 6. And my job onsite was to direct the production, so I had all these teams dealing with me – sound, lights, security, hospitality, transportation, the camp. Until 2020, I kinda expected I would do that project for another decade or more. But a lot changed between Sept 2019 and 2021, and I stepped away. Going back I felt like a ghost, walking around and seeing all this stuff running on its own. I didn’t know what to do with myself for the first night.

Performing that set was amazing. I had been working on this new material very privately as part of my MFA. I hadn’t gotten on the mic in years, and the spoken word part is very personal and exposed. It was very rewarding and I’m grateful people connected with it as much as they did. I’ve been extending that set and will release the main section in a few months. – announcement forthcoming, but we just approved the art this week. 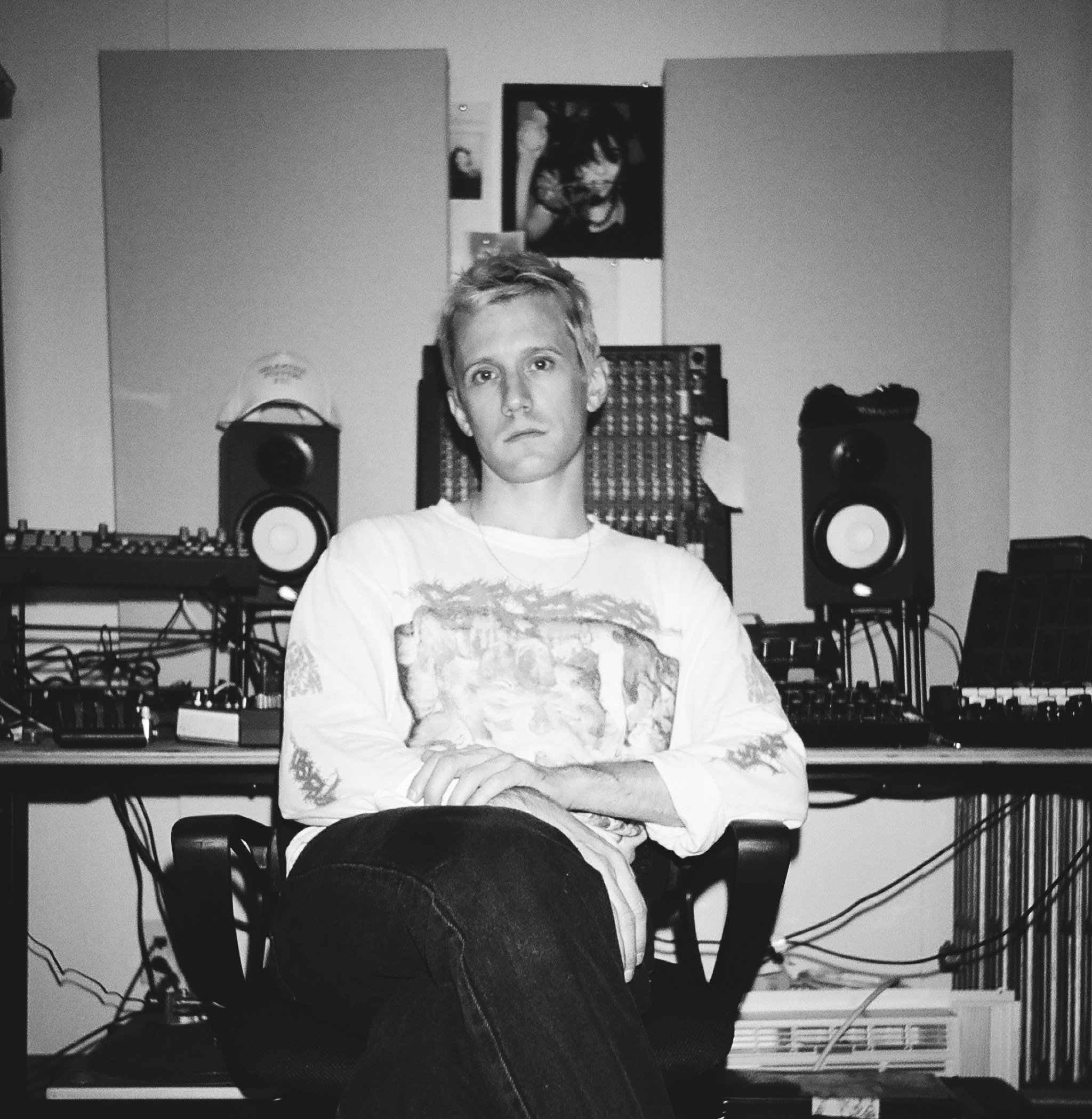 What else do you have coming up this year that you’re excited about?

I’ve got a new batch of psycho tracks that will be coming out this summer – it’s enough for multiple releases, so I’m going to spread it out with some remixes from friends. It taps back into some of the energy from the early Relaxer EPs, more punk and writhing. I’ve also been recording more spoken work material, which is more for a concert-style performance. I’m working with a choreographer for an upcoming show.

My work is really moving in these two lanes and I love it. I’m collaborating on some dubby material with my friend aka-Sol and working with them and Baby Leo on some events here in NY called Dripping. The idea is to mix experimental live music and club music and just expand the window of acceptability for what can happen in a nightclub. I think we’re at such an exciting moment in dance music, where there’s an incredible amount of energy and resources, but also a lot of untapped possibility to go beyond the basic rave template.