A fresh dose of interplanetary house from the Perth based Butter Sessions producer Guy Contact!

Much like his recent run of brilliant 12s, the latest of which are soon to drop for UK outfits Haŵs and Craigie Knowes, Guy Contact expertly transports us through a psychedelic time warp back to a moment when progressive house was at its peak, with tightly pulsating grooves met by metallic synth lines and dreamy celestial atmospherics. An alien trip through the blissful and serene with just enough bite to launch you into the unknown.

Hey Callum, how are things mate? I got the sense after listening to your Butter Mix last year that you were sitting on a bunch of newly finished tracks, and it sounds as though a fair chunk of those are starting to see the light of day, with your second EP for the year soon to drop for Cardiff based label Haŵs. Have you found more time than usual to work on music since Covid hit? Also give us a little insight into your processes in the studio, what are you mainly working with and do you plan out each new EP as a whole or just make music as it comes to you?

Hey Myles, I’m good thanks, cheers for having me on! Yeah I’ve definitely found more time to write tracks. I also promised myself at the start of all this that I would get better at finishing tracks because I was sitting on so many tracks and ideas that had never seen the light of day. In the studio, I’m sketching out the core ideas of a track on my hardware then recording into my computer to work on it more from there. I recently got a Roland MC-707 which has brought me a lot of joy. It’s a bit clunky and awkward but once you get past that it has a lot of great JV-1080 style pads and leads and can do some basic drum work and EQing. I seem to work best in that groovebox style of workflow.

As far as records go, I don’t always plan out each EP as a whole but I find that they sound a lot more congruous if I have made all of the songs in a short space of time. I used to write songs sporadically and never finish any of them. Now I’m getting more efficient with my time, I’ll separate my mixing time and my creative time. I’ve found that splitting my time in two really helps with creative fatigue and means that the tracks all sound more cohesive.

Listening to your latest records and a lot of your recent mixes, there’s clearly some strong inspiration from the golden era of 90s progressive house and trance, have these sounds always been a big part of your repertoire, and what are some of the OG records / labels / artists from that time that have inspired you the most?

Yeah I’m definitely inspired by that sound, I think I’m drawn to those sounds because they remind me a lot of the video games I used to play growing up like 1080 Snowboarding, Spyro, Tekken 3 etc. I’ve always liked locked chugging grooves and it seems that these 90’s progressive sounds are making a bit of a comeback, so I feel more at ease to really let those influences come through.

That being said, I think some of the trance revival stuff can go a bit overboard sometimes, so I try to make sure my music doesn’t become completely derivative. I want it to be a healthy balance between letting my influences shine through and also bringing my own personal sound to the tracks. I think there’s nothing wrong with looking to the past as long as you put your own personal spin on it. 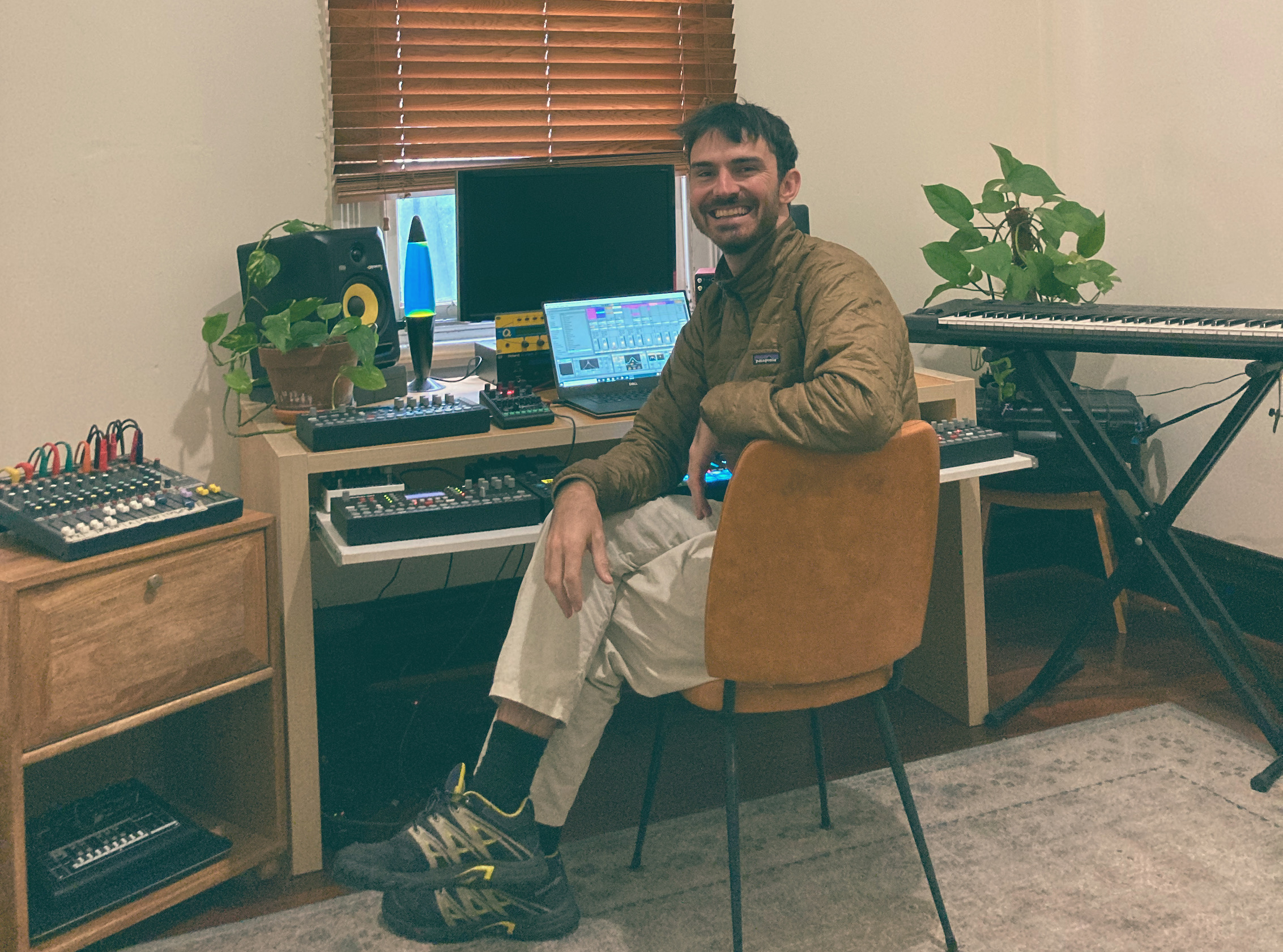 I think the artist that has inspired me the most would have to be William Orbit. His hands have touched a lot of the major pop music that I love, Madonna’s Ray of Light album, Pure Shores by All Saints and a bunch more house stuff. He also co-created Guerilla records which has an amazing catalogue of progressive house with artists I love like Spooky & Leftfield. You can hear that William Orbit’s sound has influenced a lot of the artists on that label and you can hear that label’s sound has influenced a lot of other music, I think it’s pretty incredible how far reaching his influence has been.

Speaking of Butter Sessions, as well as releasing a killer EP for their label back in 2019, you also more recently came over to Melbourne to play a live set at their 10 year anniversary warehouse party. Tell us how that one went down, and how you generally approach your live sets?

Yeah that was really fun! I thought I wasn’t going to make it over for a second there, but it all worked out in the end. I had a great time, it was the first time playing my new live set and it all went down well 🙂

In terms of my approach to live sets, it’s always changing. Currently, I am trying to simplify the gear I bring out with me and boil it down to what I really need to create a solid set. I am always trying to find the balance between sequenced parts and improvised parts. Lately, I have had the core groove of the track running on the Roland MC-707 and then I am free to go off on a tangent with the Elektron Digitone. I am really comfortable on the Digitone these days so it makes sense for that to be my main source of exploration on stage. 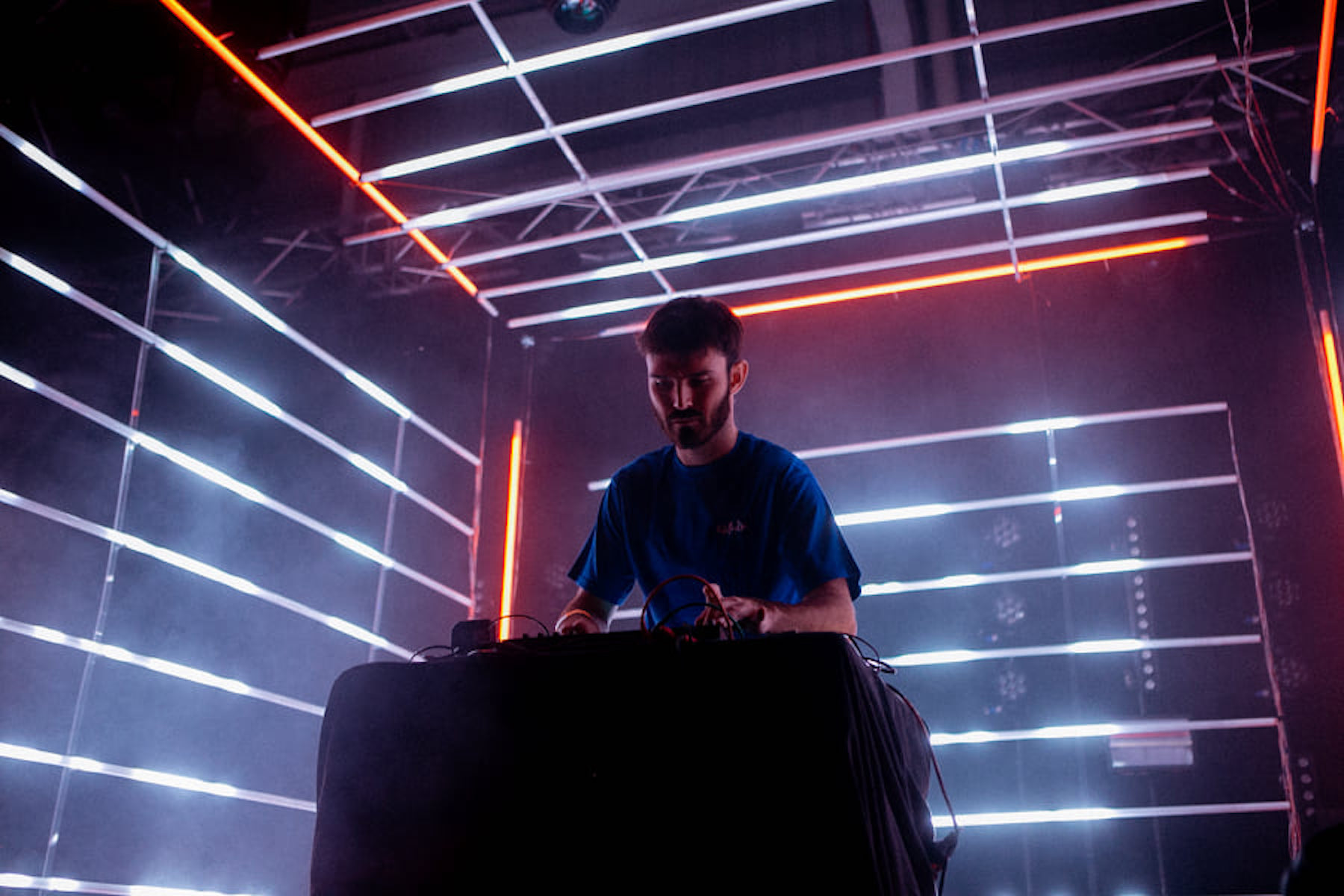 Tell us a bit about the mix you’ve recorded here.. Are we in for some more forthcoming bits from yourself, and what are some of your favourite records hidden in there?

Yes there’s a lot of forthcoming and unreleased tracks of mine in there as well as some forthcoming or new music from some of my peers like Anderson, Emkay, Dylan Forbes, DJ Life & Solar Suite. This mix starts slow and builds into the heavier end of the spectrum of music I play. I really like the track Sulk – Encephaloid Disturbance towards the end. Any heavier than that and I start to tap out, but there’s something about those persistent swirling dub chords that pull me in.

Also there’s a couple of forthcoming pieces by Anderson under different aliases in there. I’ve got the opening track on repeat at the moment. Everything that Anderson is putting out is very inspiring, there’s a great attention to detail in mixing and sound design and lots of lovely melodies.