Dance-minded relaxations from the Vancouver after hour specialist.

It’s with real pleasure that we welcome Vancouver’s Khotin, CEO of Khotin Industries and the mind behind some of the finest downtempo experiments to come out of Canada in recent times. With blissed out ambient LPs the likes of New Tab and Beautiful You brilliantly channeling feelings of stillness and after hour melancholy, here we catch Khotin back in deep dance mix mode for the first time in two years and chat about finding himself on Ghostly International, working at the Pacific Rhythm record shop and his approach to self-releasing cassettes.

Hey Myles! I’m currently writing to you while on a family vacation in Mexico. Having a much needed week hitting the beach and dodging the dreary weather in Vancouver. Back home I’ve been mostly staying indoors, working on wrapping up a few music projects and doing a bit of web design work in the background.

Your self-released downtempo album Beautiful You was picked up by Ghostly International last year for a full vinyl release.. It must have been a nice feeling to see your music featured on a platform like that… how did that all come about and might we see you working on any more music for the label?

Yeah, it’s been great! I was a little bit hesitant at first because for as long as I’ve been releasing music I’ve either done it on my own or have put my music out with close friends that run their own labels, but as soon as we got to work, Ghostly felt like a perfect fit for me. Everyone at the label is really knowledgeable and are genuine fans of my music. I’m so used to being really closely involved with the entire release process, which still is the case with them, but it feels nice to be able to let go of the responsibility of the administrative side of things while still having the creative control when it comes to the music and art. Sam had been checking up with me and asking if I had some material to share with him for a while, but we got to talking more seriously after I put out the Beautiful You tape. I mentioned I was considering pressing up a sampler 12″ of a few tracks off the album since the response to the tape had been really positive and he wrote back offering to release the entire thing as an LP on Ghostly. So the timing of everything was actually really perfect. Right now we’re working on putting together a new LP of music I’ve been working on since Beautiful You came out. Real excited to wrap that up and share it with the world! 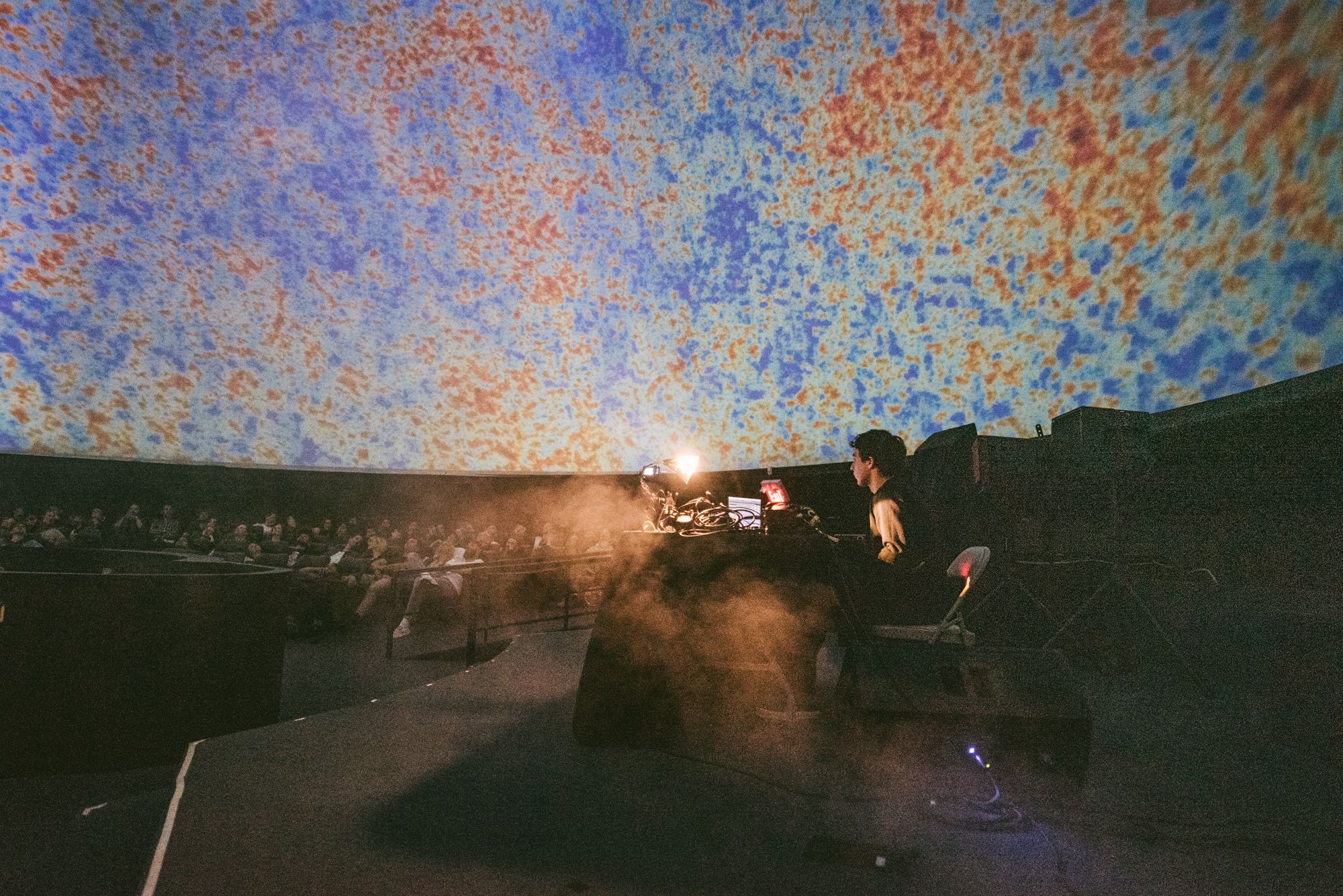 I see you also released a couple of new cassettes on your own Khotin Industries late last year, and you mentioned that the For Trial Listening album was one of your most favourite and personal releases to date. Tell us a bit more about the story behind that one and what kind of approach you’ve taken with the label so far..

For Trial Listening felt like an important release for me to bring back to light for a few reasons.. The more practical side was that I saw a copy of the original cassette had sold on Discogs for almost 70 bucks! So I figured to hell with that, I’m sure there are at least a couple people out there that would like to be able to purchase a copy for a reasonable price. But I mainly thought that some listeners of my more recent albums might be interested in drawing the connection to something I’d done in the past that they most likely hadn’t heard before. It’s a tape of some of my earliest experiments dabbling in ambient music, field recordings, found sound and tape sampling back in high school and I think that the release and that particular time in my life has really informed the work on my more recent albums.

My approach with Khotin Industries is to kind of use it as a “home base” for projects like this. Somewhere to release old stuff of mine that I still enjoy and find interesting as well as for odds and ends like the remixes tape Yu Su and I did in collaboration with DFA. It’s also nice to have a “brand name” to release behind and have on merch like the t-shirts I design. Obviously the “Industries” part of the name is completely tongue in cheek, as of course it’s just me alone in my apartment packing up tape and merch orders and walking down the street to the post office, but the thought of “Khotin Industries” being this big operation is a funny thought to me and I hope it conveys that I try not to take what I do too seriously..

You ventured back into clubbier territories last month as part of Pacific Rhythm’s Rhythms Of The Pacific Volume 4. compilation, a label that you’ve featured on consistently… tell us how you and Derek came to work together and what kind of a role Pacific Rhythm has played for you and for shaping the Vancouver scene?

Yeah! Really pleased to be included for the second time now on the ROTP series! I’ve known Derek for years now, even before I moved to Vancouver I was a big fan of what he and the crew were doing over here. It was a big inspiration for a young me, knowing that just over in the neighbouring province people were releasing and playing this kind of music out at parties. I think I reached out early on and ordered ROTP Volume 1 from Derek directly when that first came out. Not too long after, he invited Dane and I to play in Vancouver at a party he was throwing called “DJ Convention” back in the summer of 2014. By that time I had already connected with 1080p and released “Hello World” and made enough friends in town that I thought it could be a good idea to make the move from Edmonton to Vancouver in 2015.

Right away, like within a week of moving to the city, Derek offered me a job working at Pacific Rhythm, back when the record shop was open. It’s a shame it’s gone now because it was a real pillar of the scene here. Despite not really selling enough records to keep things afloat we had a lot of great in-store events and any time there was a new local record about to come out we’d put a bunch of copies up on the shelves and people would have somewhere to come hang and pick up a copy before anyone had it overseas. It was the peak of my social life here too since I met almost everyone involved in the music scene here through the shop and I was going out to all the parties. To be honest things don’t really feel the same here these days and a big part of that is definitely on me for turning into more and more of a hermit over the last few years, but maybe that might have been different had the record store stayed open longer. Anyway, I owe a lot to Derek and others for their early support when I first moved to Vancouver, I won’t forget it. 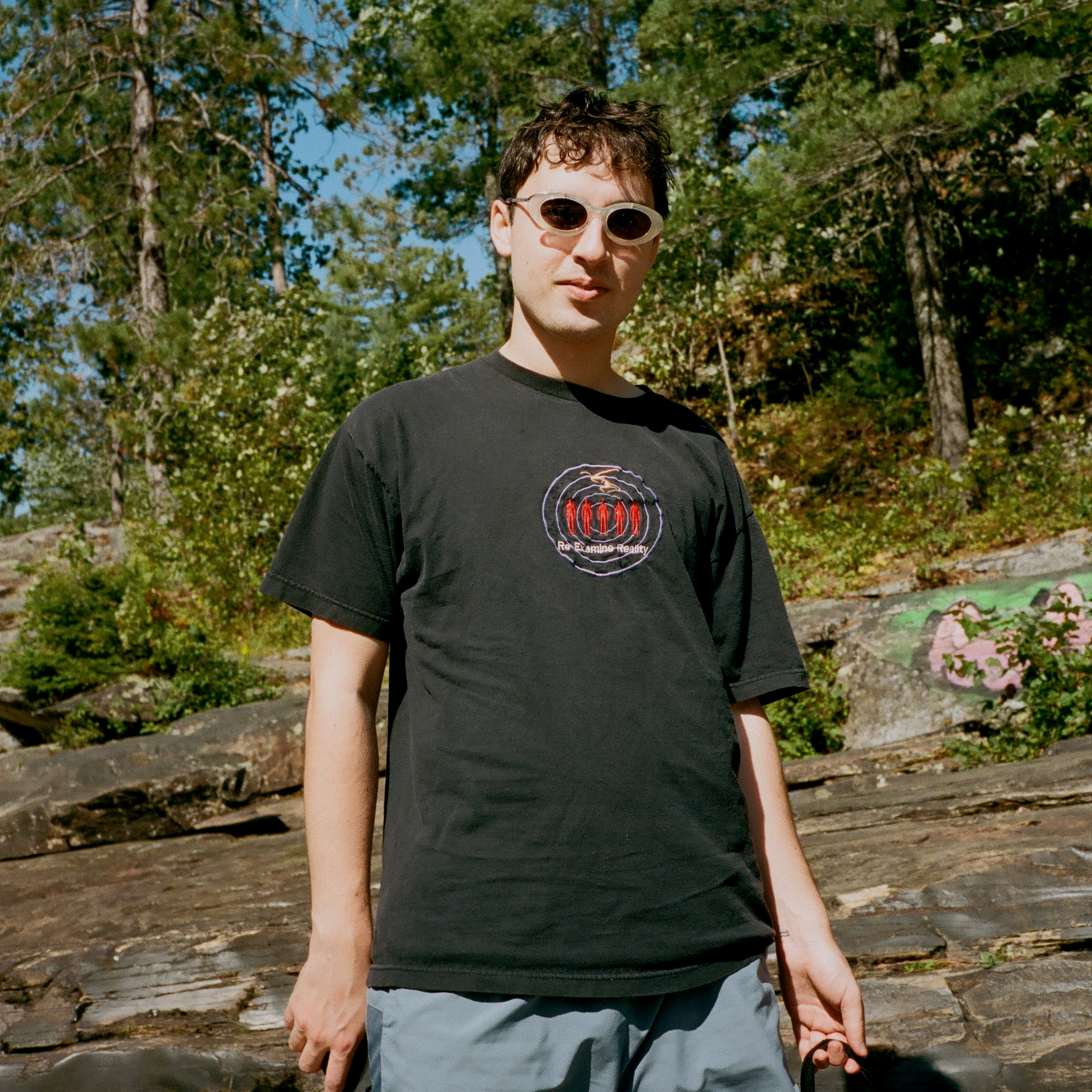 What can you tell us about the mix you’ve recorded here? Any special tracks you would like to mention?

This is actually the first “dance music” mix I’ve published in a couple years, which is kind of exciting. It’s just some music I have been enjoying lately and I suppose it’s the sort of thing that you might hear if you caught me out DJing somewhere later on in the night. There’s a tune in there called “Ray Trace” off the latest Pacific Rhythm compilation that in my humble opinion is one of the best tracks out of Vancouver in recent years. I’ve also sprinkled in a couple unreleased/forthcoming bits of mine in the mix too! 🙂

Eug from Public Release and I have been working on putting together a follow up to the Aloe Drink 12” I released in 2018, so that’s something to look out for.. aside from that of course the main project is the next LP for Ghostly, some remixes, and who knows what else will come up.. maybe I’ll end up self-releasing some more music by the end of the year. Not a whole lot to share in the gigs department. Still waiting on the invite to join this summer’s European festival circuit lol.. But if any promoters are reading I’d love to be playing more live sets in the future!