A bona fide fountain of optimism and positive energy, whether behind the wheels at her own Slow Burn parties or creating new realities through her budding Soft Edges design alter ego, Gab aka Rev Lon treats us here to a soothing escape for tired minds with a nod to sound relaxation pioneers of the past, present and future.

Hey Gab! Lovely to have you here 🙂 I’ve seen that during these lockdowns you’ve been focussed on an array of interesting graphic design projects, which have been looking incredible by the way! Tell us about the Soft Edges design work you’ve been doing, what’s your process and where have you found your inspiration for the style?

Hey Myles, thanks so much for the kind words! Honestly I get a real kick out of people enjoying what I’m putting out with design, it means a lot to me. It’s weird you know, I just get these flares of creative energy that fade so quickly, I’ve kinda gotta grab onto them. Sometimes I’ll sit and nudge brush strokes around Photoshop for 12 hours feeling fantastic, and other times opening any program makes me want to rip my hair out…

I’ve always enjoyed drawing, matching colours and had an affinity for abstract shapes but didn’t think that meant anything? Until graphic design. It just clicked one day like, OH this is what you’re supposed to do. Now I’m obsessed with it all and I just want to learn as much as I can, there’s so much to know… and so many freakishly good designers.

Inspiration, mmmm, there’s a lot! Big on flowers, ambient music, colours themselves, just like ripply things- the ocean, the sky. Typographically it’s like old shop front signage, vintage streetwear labels and I guess like gritty punk posters. I’m still finding my feet with my style and tend to jump around a lot, but it’s all part of it I’m sure. 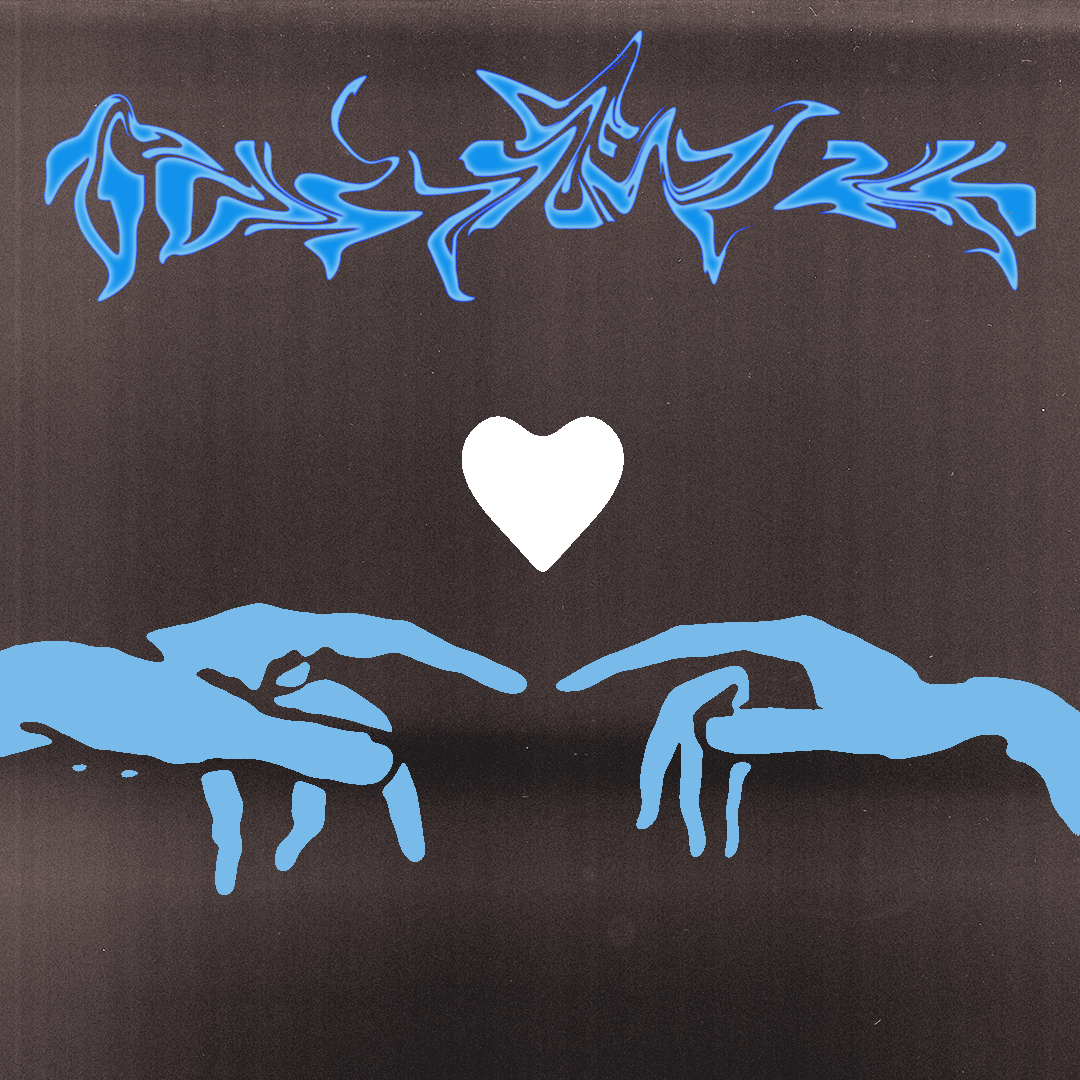 Tell us a bit about the Slow Burn parties and Skylab show that you’ve been working on alongside Christian Liu (aka Liucy), how did you guys first come to work together and what sounds do you find you connect on the most?

Ha that’s a bit of a strange story actually, Christian and I lived two streets away from each other growing up but didn’t meet until we were like 19? Just through friends of friends. I met him and thought, yeah this guy’s cool. We hung out once at this cafe, kind of like a date? But not… and didn’t really speak after that (haha!). Then years and years later I randomly kept running into him in record stores. I actually snaked him for this Moomin record he had tried to put on hold at Cry Baby… anyway so he direct messages me about that because I must have posted a story of it or something, and we got to chatting again. We quickly realised we were pretty in sync when it came to tunes and I guess partying in general! One inspired chat on the dance floor led to another and another, then Slow Burn was born.

We had it conceptually, but didn’t know how to take the next step, which was when Christian introduced me to his friend Sam Cannon. Sam knew a bit more about how the whole scene operated and was integral to lifting the thing off the ground, he’s behind Rhapsodise too. Great taste, great human.

From there it just rolled along! We’ve had some incredible ones, and some total flops which can be disheartening, but that’s the name of the game. I couldn’t see myself running parties with anyone other than Christian, he’s got a real calming energy, total opposite of me!
Sounds we connect on the most, hmmm, definitely UK garage, breaks and quirkier stuff like Upsammy & Lurka. Oh yeah and minimal, hard. 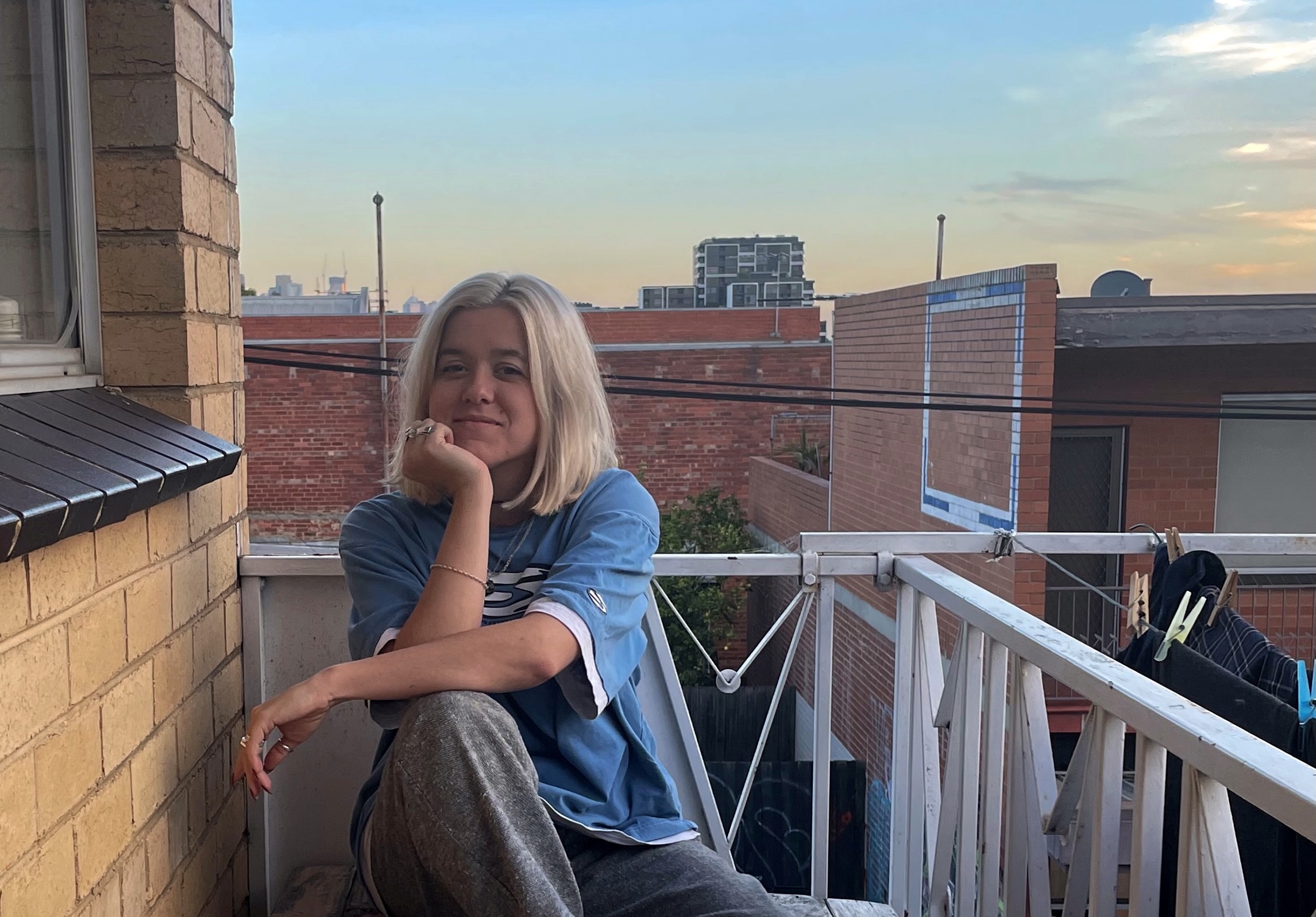 I know you’ve got a unique approach to mixes and a killer ear for lush ambient and downtempo music both new and old, with your For Home Use Only mix last year providing some exquisite and much needed mind massaging! Tell us about your approach with this mix, what are some of your favourite moments and what kind of moods or vibe did you have in mind?

Hey thank you, that’s really cool to hear. In recent years I’ve really sunk deep into the ambient thing, sometimes it’s all I can stomach in terms of music. I go through big anxious phases, it helps a lot with that. Living where I am now, I’m surrounded by a lot of different music – my housemate Sonny plays guitar all day every day, and owns a hell of a lot of shakers and chimes, he shares a lot of ambient gems with me. Same with my friend Damien, his music knowledge is stupidly deep – I’m always delighted to receive an obscure drone recommendation from him.. he describes that kind of music as an ‘ear bath’, talk about lush.

Anyway, this mix, it’s a special one! Really it’s all tracks that just move me, I could float around the room to it all. That’s the thing, I’m always just trying to create this feeling and I don’t really know how to describe it… it’s kind of like nostalgia but also contemplative, like reaching for something… wistful I don’t know. Gets into your heart.

I recorded the mix on a super rainy day over a peppermint tea in the morning (my favourite time to mix) which felt pretty appropriate. Some favourite moments- I’ve gotta say the second track in by The Grid & Robert Fripp, it’s called Milkwood off the album Leviathan, which came out this year. Fripp never ceases to melt my mind into a total puddle, in the best way possible. We have a track by the late Jon Hassell, which needs no explanation, pure brilliance, and the mix also features two super warm unreleased ambient tracks by my friend Rob Cox, they’re just beautiful. Oh and also, The Jealous Guy From Memphis by burger/ink, you know that feeling I tried to describe? That’s got that.