Magda returns to the series in style with three-hours of transcendental space tech.

Legend of the Aussie underground scene, Magda Bytnerowicz is a longtime friend and quite simply one of the best DJs you could hope to find in a loud room behind a well oiled set of turntables. With her uncanny technical ability and seamless control over an all vinyl mix, Magda returns to the deepcast calling upon a couple of decades worth of knowledge in the house and techno orbit to share with us a timeless long haul journey that’s been over two years in the making! With absolute love and care poured into every transition, buckle up for three-and-a-half hours of deep space tech, euphoric mood shifts and precision blends in true Magda style!

Hey Magda, thanks so much for being back here again, it’s not often we have repeat guests but your last mix for the series was such a classic that I knew it wouldn’t be the last! Besides from navigating the pandemic, what’s been keeping you busy of late?

Ooof, well, I’m not going to lie, as a full time employee and parent of a not quite 5 year old, navigating the pandemic actually kept me pretty busy. We had my son home a fair bit due to lockdowns and trying to do all the things poorly is not fantastic – let’s just say I was certainly presented with opportunities to grow, especially given I struggle with anxiety on the best of days.

But on the flipside, these last couple of years have also presented the opportunity to do some reflecting on electronic music and my relationship to it (turning 40 helped too haha). For example, I found it near impossible to DJ at home ‘just because’ after a couple of months. Without the focus of a gig to prepare for, without people to share with, it all felt a bit empty (with the exception of finally delivering this odyssey for you and a couple of lovely streams). But, I also found I still have a need for some sort of creative outlet in this field, so I decided to have another crack at making some of my own music, and found it incredibly fulfilling. 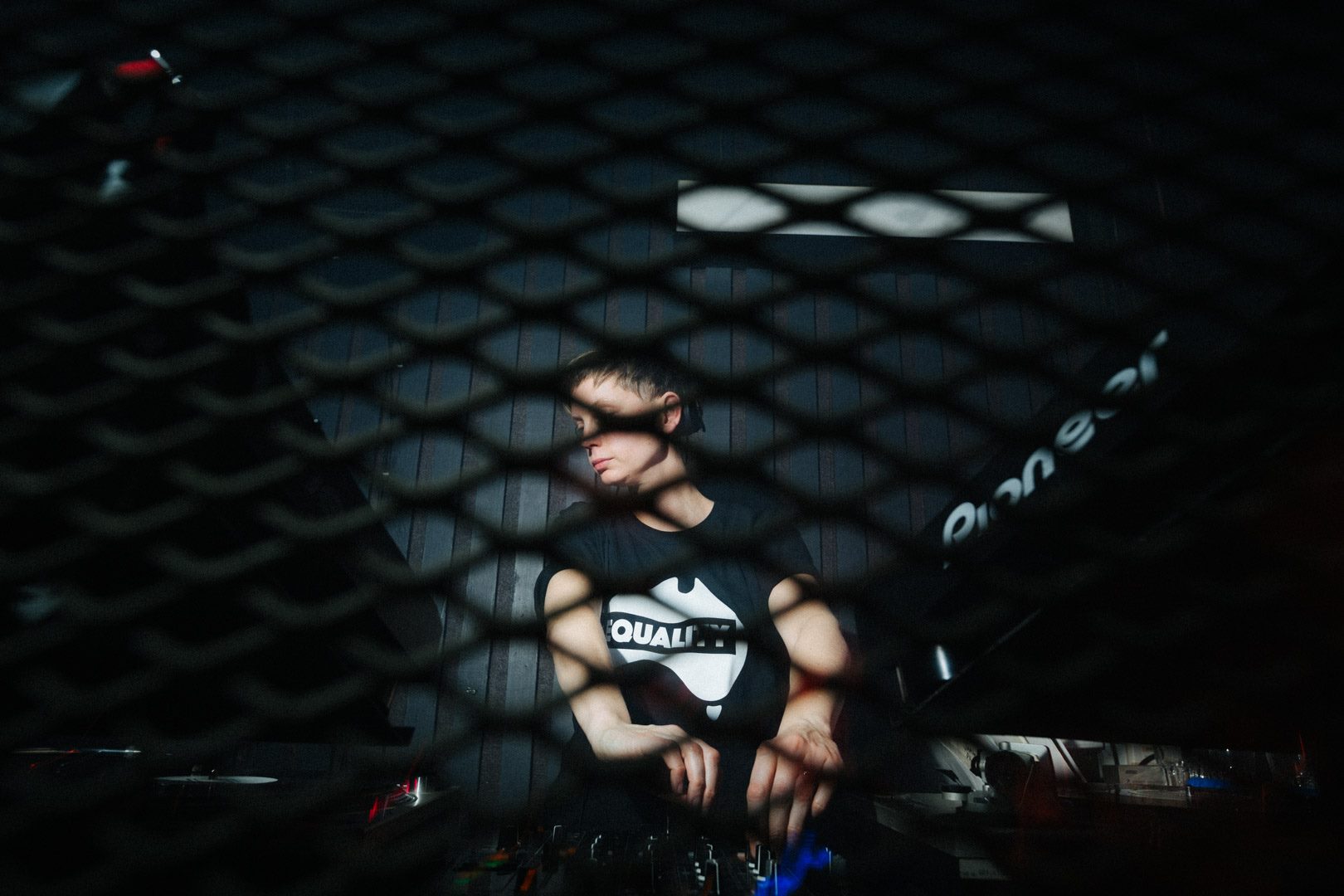 I know that all the mixes you put together are quite special, but I get the sense from our chats that this one might be particularly unique in terms of what the mix means to you in the context of your ~20 year DJ journey to date. Tell us the backstory behind this mix and what kind of feelings you had while planning it out, recording it then listening back to the finished product?

Firsty, thanks for accepting my pitch to have me back! Your hosting of my first MDC actually opened a lot of doors for me, and what’s heartening to reflect on is that mix was the result of me having spent a significant amount of time drilling down into what I thought of my identity as a DJ and how I wanted to approach the storytelling aspect with more consideration, covering loads of musical ground with cohesion.

Regarding this mix, I’d had an early version of this kicking around sometime in 2019, and it just kind of petered out a little, I couldn’t find that throughline to the story that I was looking for. But then first-year-of-pandemic reflection times led me down some memory wormholes, and I found the hook that could be the counterpoint to the first chapter – what does a sort of ‘best of’ sound like? Can I summarise ~20ish years of DJing in a refined way? I wanted to present highlights from the last few years of gigs, absolute must-pack records that I can always rely on, a few one-for-one sequences that absolutely slayed in a club repeatedly as well the slowly-without-noticing-sliding-into-the-locked-in-a-groove-feeling that I love to get the chance to work towards in a longer set.

The lovely thing about records is the memories that come with them, and adding memories every time you play them. I recall playing that Moloko record over and over in the car after I’d first bought it and crying, it was so beautiful. The Runaway Use Me on Wurst Edits I nicked from Kali who runs Picnic in Sydney – every now and then we still check in with each other when we are reminded of it, and I hope I told her I played it at Panorama bar and I thought of her huge smile right at that moment. Same with the Franck Roger tune, I stole that from my dear friend and excellent DJ Dave Fernandes, who’s probably forgotten all about it, but every time I play it I think, “Thank you Dave!”.

I discovered Schatrax’s stuff via a hot tip from XDB when we hosted him at our 4our party, and I have absolutely hammered Dizzy since then, Wastepaper’s Origami and a couple other tracks are so clearly a link back to early 2000s tech house vibes as presented by the Mad Racket and Tweekin crews, Bobby O’Donnell’s Epsilon I stole from Rikki Newtown who was playing it at 8am in 40º heat at the very first Andromeda festival in Queensland, G Man’s stuff was a hot tip from Eli Verveine, and I could go on. Bringing that with me when I play those records to me imbues them with something that I hope translates to the crowd and creates a connection.

Given how much is wrapped up in it, I have lost all perspective so I hope it’s enjoyable and not too self-indulgent! 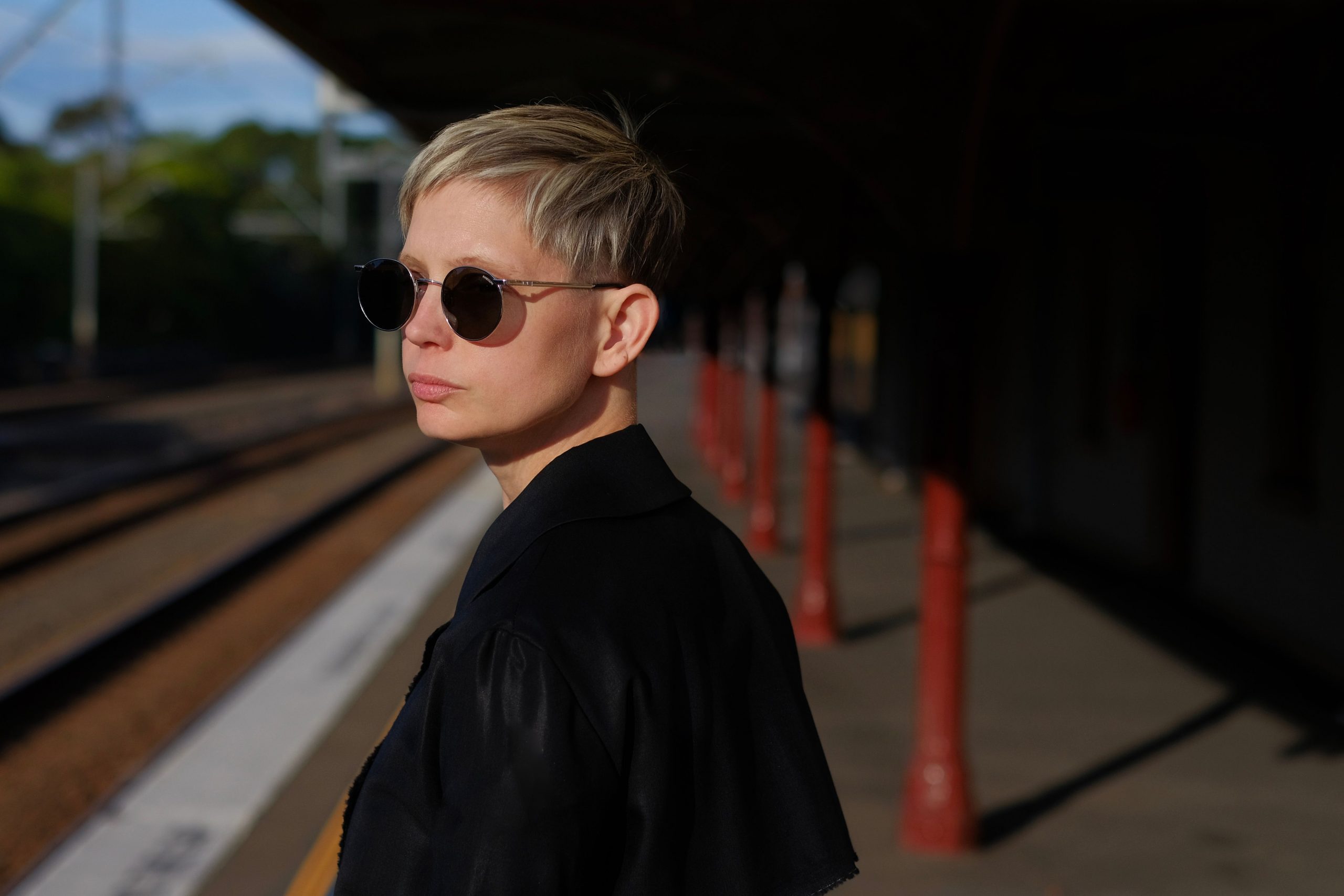 With so many years now under your belt, starting out around the mid 2000s after being heavily influenced by the deep house and tech of Simon Caldwell, Mad Racket and the tougher sounds of Phil Smart, Sugar Ray and Ken Cloud from their Tweekin’ days, you’ve obviously been inspired by some real innovators of the art form in the Sydney / Aussie scene, and have inspired a whole host of the younger generation of DJs with your own unique style (speaking for myself here!).. How do you now reflect as you look back over the past couple of decades of involvement in the scene, and how would you describe the differences as you see them now between the art and the craft of DJing?

That’s really kind of you to say! As you say I’ve been thinking about the concepts of art and the craft when applied to djing a bit recently. It’s somewhat analogous to my day job, where I’m a digital product designer, previously a graphic designer, and the same question comes up sometimes – designers are often called ‘creatives’, though ultimately design is about finding a solution that solves a problem within a set of constraints. Design can of course leverage creativity and some designers are also artists, but in contrast, capital A art is completely constraint-less.

Back to DJing – I think it’s a mix of both, ideally. The technical aspects of playing records in time with each other, transitions, EQing, knowledge of different mixers, matching keys etc, all craft. Similarly, a DJ set is a response to a problem that presents you with a set of constraints – this is the lineup, this is the venue, here’s your time slot, this is what the party represents. The art is realised in how you respond to the brief – what can I present within these constraints to elevate this into a Special Moment™? It’s years of listening to and observing what works and what doesn’t in a live setting, the ability to feel the crowd and understand if they are with you completely or not quite yet, how to get them there, having deep crates and the ability to link records together in a way that sheds new light or tells a new story that turn DJing into an artform in the right hands, and I think in all honestly it’s only truly apparent live. The ability to perform like that consistently is what elevates some DJs into artists. @ me if you’d like to debate this further, I’m super interested ;P

I hear you’ve found some time to enter the world of production a little further of late.. What can you tell us about that? Do you have any special bits of gear that you’re particularly enjoying the sound of?

I have! Mostly a way to channel creative energy lacking an outlet – I realised there was always a small part of my brain listening, filing, digging, thinking critically about tunes within the context of the next gig. That energy needed somewhere to go and so I thought I would revive my Ableton licence to see if I could find a process for music making that was fulfilling but also productive. I needed to find a way to make stuff with very little resources and time at my disposal – with work and parenting and life, I have something like 2-4 hours a week to spend on creative pursuits. Quite limited, but once I chunked things down into manageable areas, it started to progress a bit more successfully. For example, this week, I’ll learn some music theory and try to apply it, this week, a little engineering stuff, this week, a little arrangement stuff, this week, use only samples, and so on.

For that reason I resisted buying much stuff until I felt I was getting somewhere – no need to add extra complexity – and mostly just added processing plugins to begin with, although Korg’s Collection 2 was a great add. In terms of outboard I’ve been very sparing – I don’t have a proper studio space, so it all has to fit in a bag under my work desk and be portable are my criteria – adding only two Roland boutiques (TR-09, SH-01a) and the Behringer TD-03, which turns out to be my favourite so far! It’s just so easy and fun. I use the softwar sequencer to speed up programming but still get all the wiggly fun of adjusting parameters on the fly, giving things that jam feel.

I’ve just released my first proper solo debut on Nightime Drama’s Southern Series 2 VA, under the alias of Dusia, with something else to come on a Sydney label sometime this year, I hope, and am working to put together enough stuff for a solo EP. At my pace, it’s gonna take a while…!