Here’s one we’ve been looking forward to for a quite some time now, welcoming one of the deepest diggers of jazz, soul and hip hop out there, Montreal’s Jesse Futerman! A true gentleman, not to mention one of best producers in the game for labels like SOBO and Church, Jesse’s exquisite home listening journeys have really hit the spot these last few months of quarantine. With a masterful ear for jazz and library records – an obsession since his teenage years – we couldn’t be happier to present Jesse’s latest selection, full of the music closest to his heart.

Hey Jesse, how have you been keeping my friend? What’s the latest with the lockdown situation and the general feeling in Montreal?

I’m keeping pretty good. Living with my best mate, very fortunate for that. I have a lot of time to dig into a lot of movies and video games now. Now is the time for this! Sunny day in the city today, it’s very alive. People are taking precautions, but seeing families outside at the parks is a very warm feeling that I’ve missed dearly. Very lucky to still have a job in these times. Isolation can be rough, but my roommate, girlfriend and plethora of media options are helping me out a bunch. Also going for walks with pals is key. Was just on a walk with ole Priori today and he was telling me how much he misses you! That guy is a beaming light, truly.

You recently shared the great news that we all get to hear your latest production work soon with some new music for Pacific Rhythm on its way, featuring a host of special instrumentalists and vocals from the talented Beverly Glenn-Copeland – who also featured on your Waterzone EP for SOBO a couple of years back. What can you tell us about that project and are there any plans to record more music altogether, an album perhaps?

I’m incredibly proud to put this record out. It features Chris Edmondson on sax, Stacey Shopsowitz on bass, Piper Gragg on keys, Justin Wright on cello and Beverly Glenn-Copeland on vocals. Making the song was a phenomenal experience. The song is built into two sections, one uptempo which descends into an ambient psychedelic jazz outro, where Justin Wright takes the helm of the track, with Copeland singing along to his playing, as Piper Gragg lays the background mood. Laying down Justin’s strings on this part of the track actually drove me to tears. Sounds kind of silly, but this is something I have wanted to experience for years now — making music that touches me so much it forces me to tears. A feeling I’ll never forget.

I don’t know if I can properly express how much Luckey means to me, but it would not be what it is without all the incredible players. There will be a remix coming out with Luckey by Peaking Lights which is kind of a “dark” version of the track. I can’t wait for people to hear it. As for more music or an album, I’m not so sure about that. My life has become a little more work oriented these days, which isn’t so bad, as I quite enjoy what I do. Who knows what tomorrow brings though.

Over the years you’ve hosted a number of online radio spots under the Body Electric name both on TRP (Toronto Radio Project) while living there and n10.as since moving to Montreal, is online radio an outlet you would like to get back into someday?

I really miss TRP, those were very special days. The chatroom was very slim, but I had around 5-10 people who would tune in regularly and say stuff in the chat. I was a young guy at the time, in my mid 20s and I loved doing the show. I adored the communal aspect of TRP. I felt it was one of the few places musicians/music lovers/DJs from the city could converge outside of the club. I had too much fun doing that, I’ll never forget getting Patrick (Project Pablo) on, or my man Riohv. And I could never forget the excellent set from Aki of Cosmos Records. Currently, I’m working fulltime as a software developer, and that’s been taking up a lot of time in my life. One day I would love to return to radio. 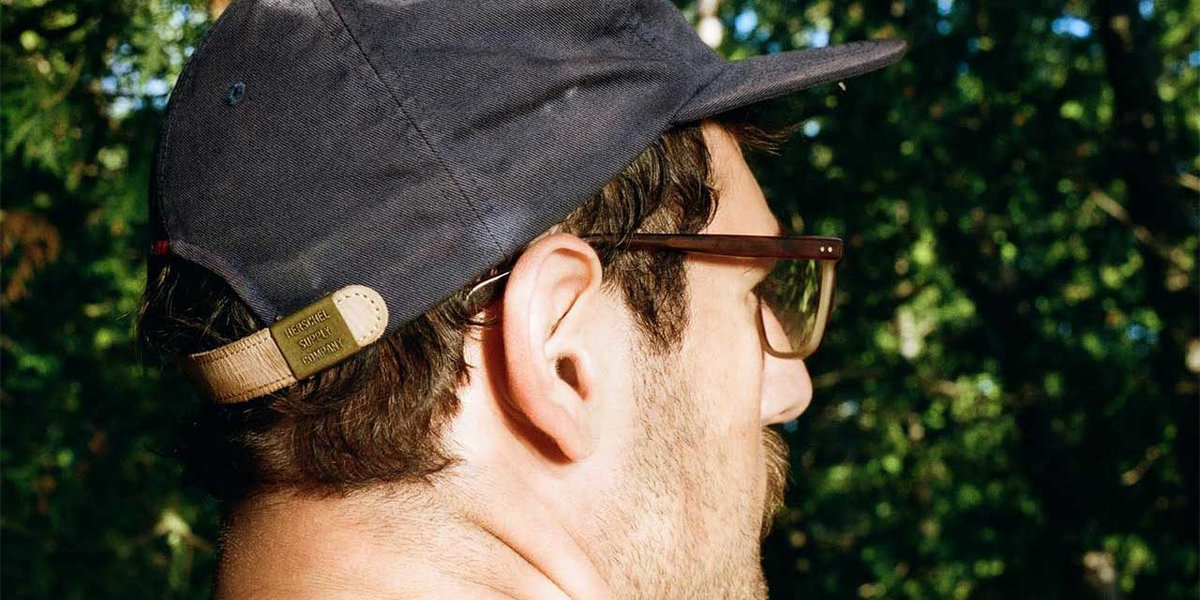 During this quarantine I’ve had a lovely time listening back to all the jazz focussed mixes you’ve recorded over the years – always managing to capture the home listening vibe perfectly… tell us about your own personal journey discovering jazz and how this has influenced the type of music that you like to make?

My dad would always play jazz for me as a kid. But I never *loved* it, right up until I was about 12. My dad got a John Coltrane and Thelonious Monk album at HMV along with “Verve Remixed Vol 1.” At the time I was seriously into turntablism, and my dad bought it because he saw two turntables on the cover and was interested. This became a soundtrack for my youth in a sense, hearing remixes by Masters at Work years before I ever even got into house music. My dad later purchased “Verve Unmixed” which got me listening to the originals and eventually sampling them for my own productions.

At age 15 I started buying jazz records, people like Jason Palma at Play De Record and Aki Abe at Cosmos Records changed my life forever. Before I ever smoked pot I was experiencing a serious “high” from listening to Pharoah Sanders in my basement with my man Gordon Best at age 15. It’s an unforgettable memory. I remember both of us sitting quietly with my shitty portable turntable, listening to Pharoah screeching on his sax, right before a euphoric melodic build-up, and us just sitting there with our mouths open, in wonder..

As time progressed, I became more and more obsessed with the genre, especially the “spiritual” side of it. All of my money went to jazz records until about 26, which is around the time I moved out of my parents’ basement and came to Montreal. My vinyl addiction has settled down, but I don’t have an aux cable and spend most of my “listening” time listening to the many records I have obtained over the past 10 years. Oftentimes I am able to gather a deeper appreciation for them now, as I have context on the players, their catalogues, and how so much of what I love in the genre connects to Coltrane’s legacy, which managed to create some of the most beautiful aspects of the genre in my humble opinion.

While Madlib really got me started with hip-hop, my interest in jazz stuck with me even when I was making house music. So much of my sample sources and even artistic reference points lie in the genre. I wouldn’t say I’m a jazz artist, hell, I can’t even play all that well… but jazz plays a big component in my musical DNA, no question there.

On that note you’ve recorded a mix full of beautiful jazz here, how did you approach this mix and are there any extra special records in there you would like to mention?

The approach to this mix was to take songs (mostly) that I have gathered over the past 10 years for sampling purposes, but never got around to sampling. The opening track is especially special to me. The track is by Guy Bonnet & Roland Romanelli, and is titled “Amour, émoi… et vous.” It’s a piece of beautiful library music, one that has frankly brought me to tears. There is something so incredibly beautiful and haunting about this piece. Hopeful but sad. Bitter but sweet. It could be flipped 700 different ways, but I never had the heart to in all honesty. It’s just too damn beautiful. The key switch at 1:39 is mind bending. It sounds like something that could be sampled in neo-soul… however it was sampled by Jorja on the song “Blue Lights.”

Another big track in this for me is the Yusef Lateef song “Love Theme from the Robe” at 6:06. This song was used by Nujabes to create a song from the anime Samurai Champloo which he scored. That album was integral to my musical influences, as it was one of the first times I really got introduced to “jazzy hip-hop” apart from ATCQ. Years later I found the sample and was floored by how gentle and beautiful it is. It’s so incredibly sensitive, words cannot do justice to the mood. All songs are really special to me, I could go on and on hahaha.

Some people may know you’re also a keen film connoisseur… with this in mind, what are three films (new or old) that have had the biggest impact on you during the lockdown?

I do love me some “cinemah,” especially in lockdown mode. I have seen some really unforgettable things in this time. I’ll give you three that really struck me super hard, one from the past month and two old favorites:

Oh boy, I saw this movie (partially) when I was 15 and I turned it off because it made me feel uncomfortable. Considering it has a 36% on Rotten Tomatoes, I would say many others felt similarly. However, this film is a definition of a film too advanced for its times. It’s a freaky surrealist neo-noir comedic thriller where Anthony Perkins (from Psycho) plays an INSANE preacher who sleeps beside a bible and a number of incredibly perverse and strange sex toys, even for modern times. The film is loaded with phenomenal humor, while also having a very peculiar synth-laden soundtrack by Rick Wakeman of Yes. Oh boy, does his score ever push the movie even further into a surreal weirdo territory. STRONGLY SUGGEST VIEWING THIS, what a spice!

Conspirators of Pleasure (1997) by Jan Svankmajer

However, the film is NOT nearly as sexual as you may think it is. The fetishes displayed in the film range from a man obsessed with having his television HUG him as a specific News Reporter appears on screen at a specific time. Another is a woman who loves to put bread up her nose. As strange as the film sounds, it’s a creative tour de force that you will never forget. My girlfriend still talks about it to this day as one of her favourite things I’ve shown her. It’s lunacy but done in a seriously creative and brilliant way. If you are scared of the premise, check out this clip:

What can I really say about this movie. I don’t know, but I can tell you that it is way better and way funnier than it looks. I really have nothing to say about this movie, just watch it, just trust me. It has god damn MASSIVE CGI fluffy dogs that run around in the main character’s brain so he can win at soccer (he’s a pro soccer player). I don’t even like soccer! YOU NEED TO TRUST ME, WATCH IT. It’s a sci-fi comedy that deals with destroying neo-fascism and the main character has the intelligence of a mouse and a heart of gold. Incredibly funny. DON’T MISS, it’s even streaming on Criterion Channel!

What else do you have coming up? Any other new music on the horizon we should know about?

Apart from the record, nothing! I’m working these days as a web developer and I honestly really love it. Creating has slowed down for me sadly, but I am slowly going back to making hip-hop again, which is what I started with when I started producing around 15 years of age. Who knows what I’ll make next. Whatever it is, I hope it’s tasty!