With her latest stint in Melbourne wrapping up this week after playing live at Inner Varnika over the weekend, we’re thrilled to present a wild and wonderful dance mix from Canada’s DJ FATi aka Phoebé Guillemot, the creative force behind the entrancing sonic realms of RAMZi, Phubu, BigBird, Houti and many others. With some fresh new collaborations appearing alongside Suzanne Kraft, Priori and a host of our favourite Montrealers as part of the New World Science collective, we caught up with Phoebé to get the latest on all that’s been happening in her world(s)..

Hey Phoebé! What’s been going on?

Hey Myles 🙂 thanks for having me on your mix series. Im in Melbourne at the moment, feeling quite re-energised after Inner Varnika! I am so grateful RAMZi got invited a second time to perform. It was very special moment to play at midnight on Saturday. I am very happy to be traveling again after being in Montreal for the past six months. Winter was rough, people get to spend too much time on the screen and everyone gets a bit psycho I think. 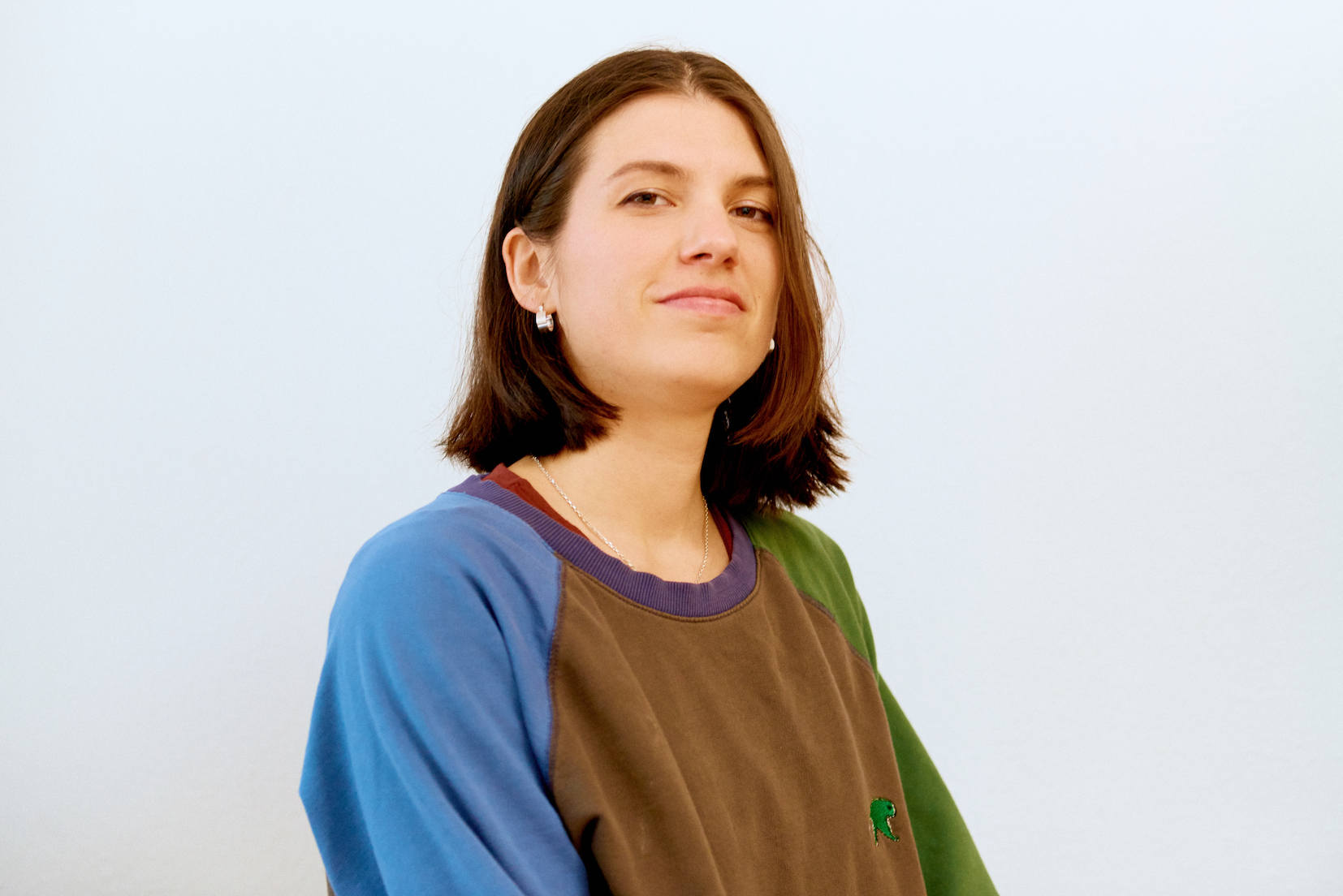 After announcing the debut album of your new Jumanjí project alongside fellow Montrealer Priori, you guys then decided to cancel the release due to some backlash about the use of certain samples derived from other cultures. Tell us firstly about the initial idea behind the Jumanjí collab, and why you decided to withdraw the entire release?

For me it was a difficult decision to withdraw the album and I had some regrets, for sure. But I think after all, we did the right thing. What’s unfortunate about the situation is that I personally became this scapegoat for a broader criticism that I don’t feel I was guilty of. A term like “cultural appropriation” is a sticky label to get off you once it’s been put there. After this accusation a shadow got quickly cast on the whole record. I’m still a little shocked that a lot of people I know – who even haven’t listened to the song and could just as easily be accused of “appropriation” themselves – were so quick to hop on the digital-mob bandwagon.

It opened the door to many opinionated people who actually didn’t know much about the whole situation. Especially that most of this mobilisation came from people who know me and have been following my musical career for years. When did my peers become so intent on being this moral police? I shouldn’t have to justify myself about my good intentions to the people who know me personally. This fury from my peers to teach me a lesson was just ridiculous and got me very exhausted. But I gave up waiting for apologies, at least I got to know who are my real friends.

Of course there’s a need in having those conversations, as people have had their works brutally tokenized/exoticized over the course of history and that needs to change. But, the critique of this particular sample, of a single word – didn’t actually spark meaningful dialogue, it just showed us that social media can be the stage for people to compete over who’s the most ‘woke’. Condemnation for cultural appropriation is quite disproportionate in that case I think, there’s much heavier cases as soon you start to look for it. Jumanjí all of a sudden became focused around this narrow and divisive concept, and that obscured what were our initial intents behind this album – creating something new and magical, made out of love, which I think we achieved.

I totally disagree with this impulsive need of calling out on social media especially for that kind of accusation, and I think people should be very careful about using this powerful tool these days. A lot of negatives unexpected repercussions can occur – not only in the life of the people targeted but for the person who publicly put the blame. Within a minute you can screw the life of people on many levels, but also this action can monopolise your own time/energy for weeks, and I don’t think it opens up productive discussions between the two parties. We are all part of the same communities of friends who all share values of tolerance and inclusivity. Of course it would have been more respectful to reach me personally to address those concerns as we know each other. There’s more chances this way to be heard and find a common ground that respects the intentions of the two parties involved.

On that note, your own solo material has always been unique in the sense that you’re able to cleverly combine and manipulate influences from all corners of the world resulting in an otherworldly fusion of sounds that transforms listeners to a new space altogether.. Given the Jumanjí situation, will you approach your own production style and use of samples any differently going forward?

Of course I will be more cautious but at the same time I don’t think I have to change much in my approach to sample as most of my samples are processed snippets of conversations (often just one word) from obscure youtube videos of interviews, kids speeches or movies scenes (like the intro scene of Vanda’s Room from Pedro Costa’s trilogy).

I’ve read in other interviews that you approach music as kind of an ongoing research project, always seeking out new kinds of music to take inspiration from. What are some of the latest sounds you’ve been busy exploring?

I’ve been listening lately to a lot of post punk/dub/new wave and jazz fusion. Really amazed by this period of time in the 80s when you had bands being so free in their explorations and also so inspired by other cultures. Music always evolves through cross pollination and exchange with other cultures. I wish one day to be in a band with friends, overcome my shyness to sing and also play more midi flute.

On another interesting collab front I see you’ve got a record coming out with Suzanne Kraft as the result of some productive jam sessions in 2018. What can you tell us about that one?

We just hung out and jammed in Amsterdam last summer for like a day. There’s two versions of the same track, one on his EP and the other version will be released on the next Ramzi, coming out soon.

There’s also ‘New World Science’ – that just got released on Temple. Francis Latreille (Priori) is behind the editing/mixing of the whole album. I really do love this album and the people behind it, I hope more jam sessions will come with this big band.

Tell us about how your live set has evolved in the last couple of years, and what does it entail at the moment?

It hasn’t evolved that much.. I keep it really simple, playing on top of a backtrack of midi sounds with the keyboard and some controllers and being a bad MC mumbling on top of it with those high-pitch and low-pitch voices. At least I started using my midi flute and that really excites me – to play live with but also to jam with friends. I finally have an instrument I can bring along for jam sessions, not just a computer and midi keyboard 🙂

You’re also known for having a unique approach to DJing, mashing up a myriad of loops and samples as well as your own edits in a more dance friendly style. Tell us about how you approach a set or a mix, and what you’ve put together for us here?

I wish it would be as you describe but I feel far from my ideal still, I’m learning slowly to be a good DJ and develop a style.. I think it’s gonna take me years to reach a level I’m happy with – which means playing mostly my own edits and mixing it with snippets of voices. It’s a long process and I’m not trying to rush anything. DJing with my good friend Daniel Rincon has taught me much, he is super talented producer and DJ. Also Sophie (D.Tiff) taught me some good tricks that really improved my DJ skills. 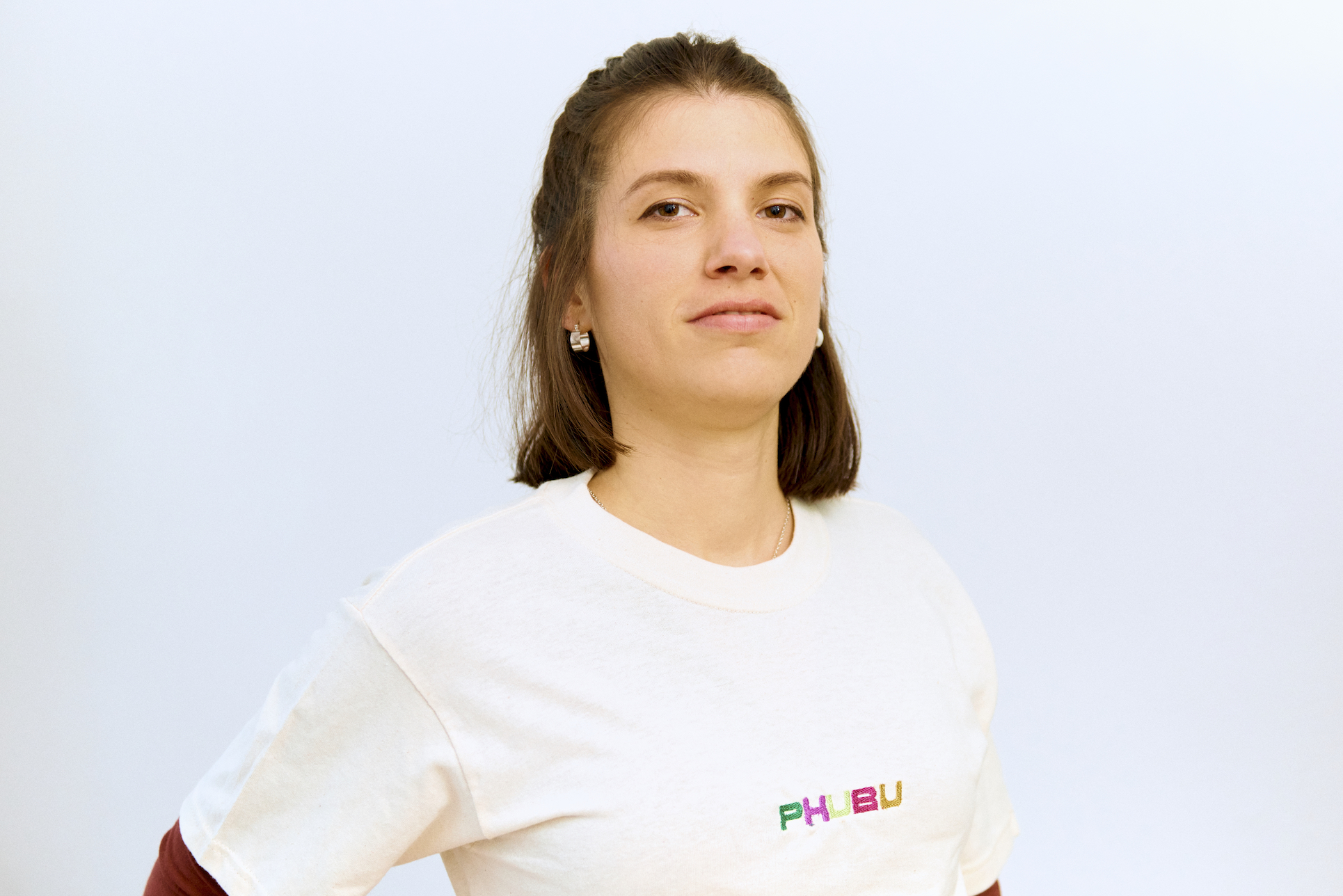 In this mix there is many tracks by my fellow Canadian producers, unreleased Nap, Ex-Terrestrial, D. Tiffany, and from Perishing Thirst. There’s a good inspiring music scene for sure in Canada, I just hope this community will be more supportive toward each other and friendly in the future.

What do you have coming up with your label FATi Records, and what other music may we be able to expect from you this year?

The next release will be RAMZi. I hope people will like and won’t be tired to hear the RAMZi sound, cause ya there’s definitely a RAMZi sound that I can’t escape from – the RAMZi wild child spirit still possess me! This album is more dancefloor, and Francis (Priori) helped me a lot with the mixing. He, for sure, taught me a lot about some mixing tricks.

Im super excited with my plans for the spring/summer. I get the chance to play the festivals I’ve dreamed to play at: Movement afterparty in Detroit, Terraforma, Cosmic Roots in Norfolk, UK run by my dear friends, Dekmantel and Waking Life. I want to keep composing music even if I don’t have a studio, it’s ok I got use to writing in airports and on planes, as long I have some time in the countryside this summer I’ll feel inspired.