Marking the occasion in style with one of our favourite Canadians blending an hour of his own unreleased jams.

Nine and a bit years of podcastin’ and we’re journeying into the 200s with one of the finest DJs around, a constant purveyor of good times and a producer with more than a few tricks under his giant mixing desk. One of the friendliest guys in the game, Montreal based Patrick Holland has become known for creating sublime relaxing rhythms, manoeuvring between home and club usage for the likes of 1080p, Technicolour, ASL Singles Club, SOBO and his latest personal outlet, Verdicchio Music Publishing. While often jamming alongside the likes of fellow Montrealer Priori (as Jump Source), Vancouver’s Khotin (as Rest Corp) and Brooklyn’s Max McFerren (as 2 Responsible), he channels most of his studio hours into churning out the kind of lush, analogue rich Project Pablo jams we know and love, for which this mix is comprised of from start to finish. 100% unreleased PP jams, 100% good times guaranteed. Tune in, drop out!

Hey Patrick, what’s been cracking over your way?

Heya Myles, I’ve been laying pretty low lately, making some music, playing some games….. Red Dead 2 just came out. But right now I’m sitting in the airport on my way to Los Angeles for a couple nights.

You’ve spoken about placing a greater focus on mixing and a more stripped back approach to the musical elements in some of your most recent material, motivated by hiring a pro recording studio to produce There’s Always More At The Store. Have you found yourself adopting this kind of approach with all your new music since?

I wouldn’t necessarily call it a “professional” studio, but definitely a bit more souped up than the bedroom setups I’ve made records at in the past. Having a board with a bunch of channels to run effects and instruments through, all at once, really opens a lot of doors, and has steered a lot of my attention to the sonic spaces that you can create outside of the box. 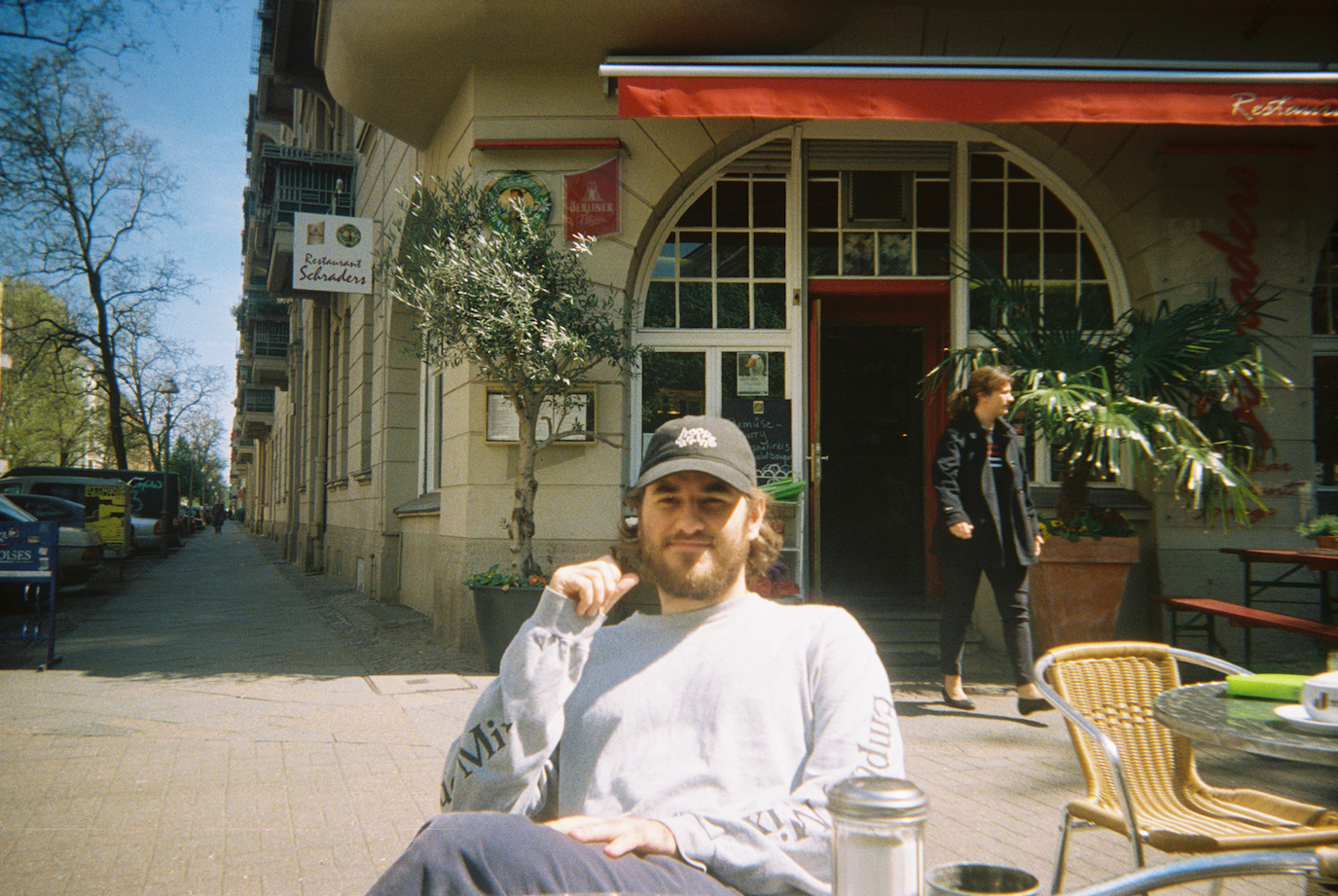 Come To Canada You Will Like It was your first long player since your debut LP back in 2015 and feels like more of a personal reflection of day to day Canadian livin’ than anything remotely club related. Tell us about the general idea for that record and what was the inspiration there?

I made most of that record in the fall of 2015, and it functioned as a therapeutic break from Dance Music while in the studio. It was all recorded in my bedroom with one keyboard, and I had always thought of the tunes as scratch demos that I would eventually record as a full band or something. I decided to not follow through with the latter, cause I felt like the tunes would lose their charm if I took them into the studio. I kept it as is after sitting on it for three years.

That album also gave birth to a new label of yours to add to a growing family of labels, which already incorporates ASL Singles Club and SOBO aka Sounds Of Beaubien Ouest. Tell us about this multiple label approach and your idea behind the Verdicchio Music Publishing, any wine inspiration there?

Well ASL and SOBO are more intended for releasing music other than mine. Both of those labels are also run in collaboration with other folks. ASL is run by me and Devin White of Butler.svc, where as SOBO is in part me and Arbutus Records. And then there is VMP. Verdicchio is my Mum’s maiden name, and my middle name, so no wine inspiration here! Verdicchio is a type of grape, though. This label is an outlet for just my doings, and is run entirely solo. I plan on releasing more music through this outlet moving forward. Releasing music yourself has got to be one of the best experiences.

I know you’ve also just put out a record from Paula Tape on SOBO last week, what can you tell us about that one?

Paula and I met in Milan a couple years ago, and then I was invited to play at her residency (Rollover) earlier this year. She’s a killer DJ, and when I heard her music I was very excited. The production is so precise, and was happy to be given the opportunity to release her first record.

Collaboration wise you’re someone who’s often embraced a new workflow and the opportunity to combine creative styles, with your Jump Source collab alongside fellow Montrealer Priori some of my favourite work from you both. Tell us about how that one came about and how a typical session might play out..

Francis (Priori) and I began making music together in his home studio in ‘15. Earlier this year we moved all our junk into a 12’x12’ windowless studio space and life hasn’t been the same since. Working on music with him really forced me to get out of the box when it came to jamming and mixing. Using the MPC2000XL as a brain or drum machine, alongside other rack mount modules and effects opened a lot of doors for me, and Francis being well versed in this stuff made the jamming roll smoothly. Now when we make music together the roles constantly change as to who handles which bit of gear, thus resulting in a different outcome every time. Too fun really!

You’ve put together something pretty special to mark our 200th episode by the sounds… what can you tell us about the music featured in the mix?

It’s an assortment of tracks made in the last year. It’s meant to be just a little peek into the studio happenings, I hope it’s nice to listen to.

What else is coming up to round out the year? Any spooky plans for Halloween?

I’ll be back in Europe for a couple weeks in November, then back to the states for some shows, and beginning the new year in Australia & Asia. For Halloween I will not be dressing up, but I will be giving out candy 🙂 See you soon!