As the year winds to long overdue a halt, we called on local Berlin DJ, Love On The Rocks favourite and all round class act Alex Kassian to supply us with one of his finest blends, rewinding to the dawning age of early morning trance hypnotics and big outdoor breaks with splashes of dream house for the tired minds. We linked up via the Internet to speak about Alex’ latest musical endeavours, touching base on the Opal Sunn collab and Planet Sundae label he shares with likeminded studio head Hiroaki OBA.

You had a great record out on Paramida’s Love On The Rocks a few months back, stacked with nods to the early days of euphoric trance and 90s house, tell us about the feelings you were channeling on that release – did you have a certain setting or mood in mind when recording those tracks?

Thanks for having me on here, first of all. I’ve been following MDC since the legendary 50th mix from Lewie Day (Tornado Wallace) so it’s really an honour. ‘Oolong Trance’ was made over a 2 year process of snakes and ladders, going back and forth with Paramida. Our mutual friend Kasra V put us in touch about a 80’s inspired synth pop track I had made and she got in touch to see if I was interested in putting it out on LOTR.

From that point, she asked me to send her more music to complete the EP, and so we went back and forth for over a year, until she decided that my debut EP on her label should aim to hit the ‘dancefloor’ over a pop-leaning record. By then we had already developed a great friendship and shared a love for House records from the Italian dream house era as well as old trance she had shared with me, and it was about trying to recreate the feelings of the music that we both loved to hear.

I developed the club mix first, and around Christmas last year, I was messing around on another mix with the piano, channeling a George Michael vibe, which eventually gave birth to the ‘Paradise Mix.’ It was a long process, but it feels like it was the right move, and I’m grateful for Para’s strong vision and her mentoring.

With the strange year that we’ve had, where are things at with both the Planet Sundae label and the Opal Sunn collaboration you share with Hiroaki OBA? Tell us how you guys initially got together and how the collaborative process works from the studio jams through to the live performances you’ve been doing together in recent years..

It truly has been a challenging one, and I hope for many of us it’s been a good time to reflect, and dive deeper into what makes us happy. It’s also given me (and Hiro) the opportunity to make music without pressure, so we’ve been making all sorts of music, and it’s been good for us in that sense.

I met Hiro at a friend’s Birthday party back in 2015. We started making music together in his tiny apartment in Berlin. In that year we recorded a lot of music, and played our first live set, and then released a double EP on our own label in between 2016-2017. We’ve worked together since, developed our live set along the way, and have had the chance to play at so many great parties. 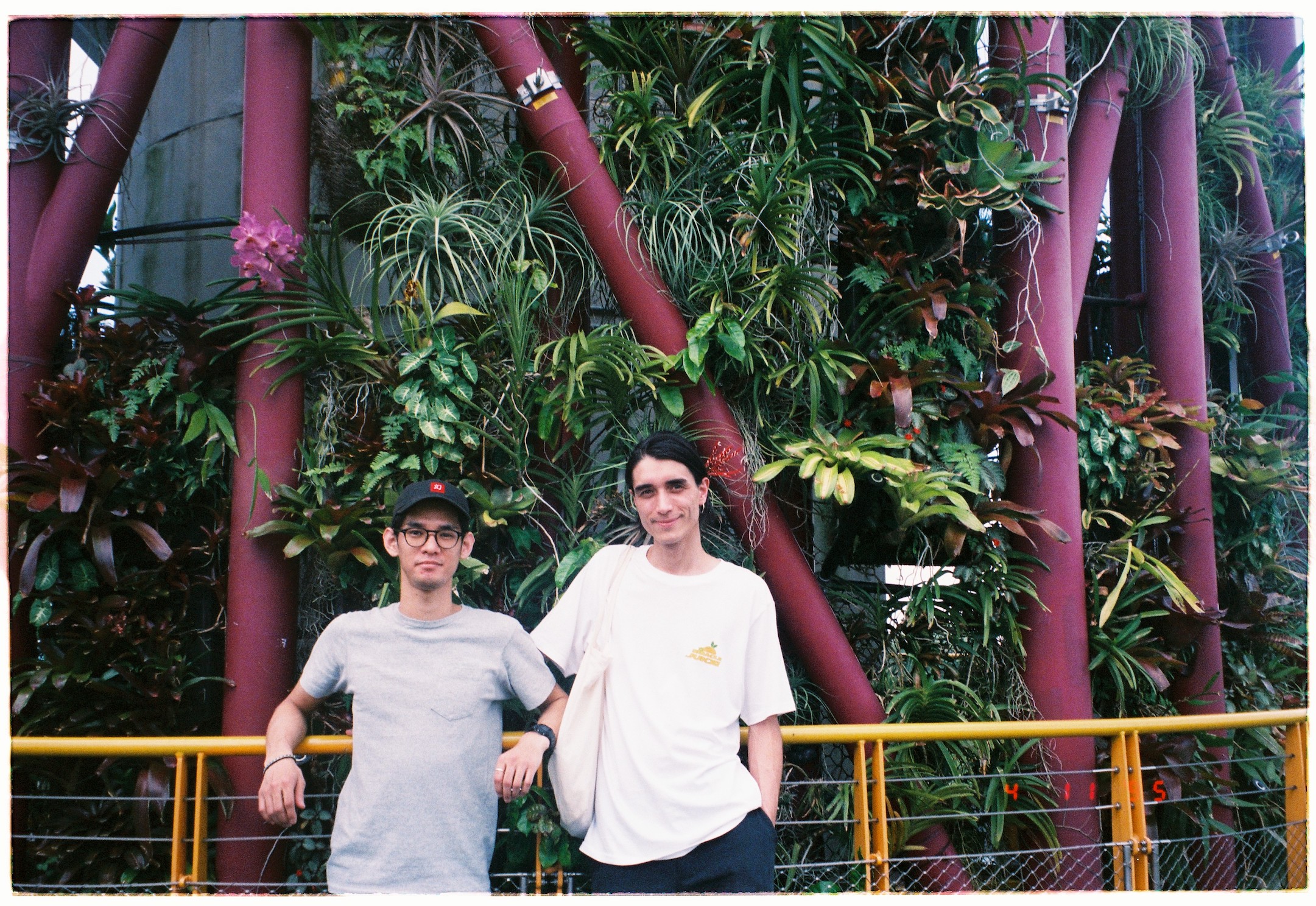 The last Planet Sundae record was released in 2018, which was Part 2 from the Opal Sunn double EP. After that release we signed to Nick Höppner’s Touch From A Distance label, and have been putting out records on his label since, so we had sort of neglected our own label but we have something special coming out next year from our dear friend DJ Blasy who is based in Florence. We’re excited to get the engine started again for our label after a 2 year break. More info to come shortly.

I read that you guys also started working on a new sound palette this year, resulting in your first Opal Sunn sample pack released on the Planet Sundae bandcamp page. Tell us how that one came about and what you most enjoyed about the project?

We finally got our own studio space this year, so that has been really exciting. We bought a few new toys, but the main thing is that Hiro bought a nice sounding bass (he was the bassist in a band many moons ago) and I found a Alexander Herrmann upright piano in great condition, which plays beautifully, nice and soft. We’re in the process of opening up our sound palette to see what we can do. We’ve made a few dancefloor oriented records, and now we’re ready to branch out a little. The sample pack was pretty much the first thing we recorded when we got our studio and I guess it was an important step into really paying attention to the quality of the recording from our studio. 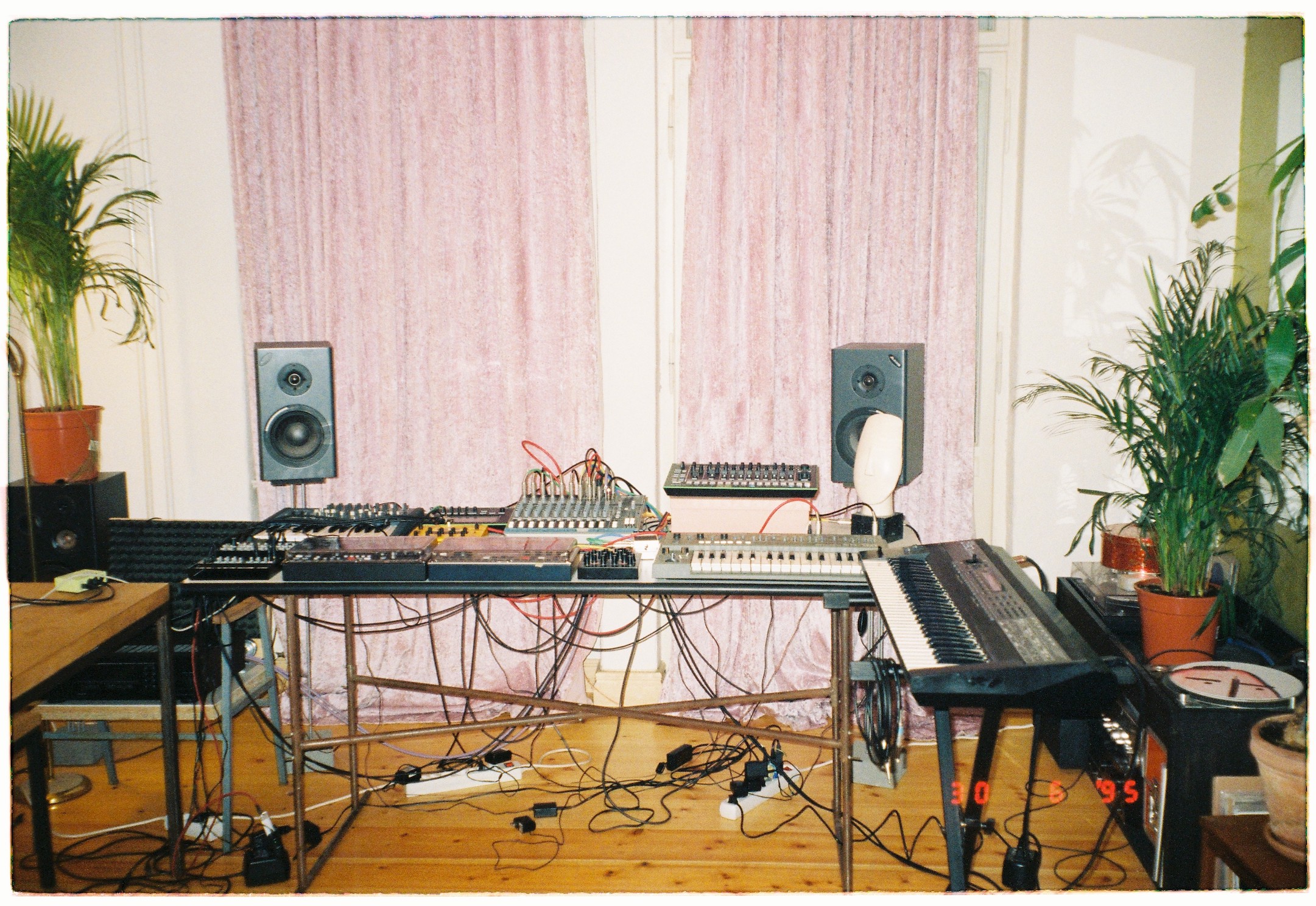 This mix is a collection of some of my favourites like ‘Bush Snake’ by Sleep D, ‘Pure’ by Biotone, ‘Back It Up (Unit 27 Club Mix)’ by Robin S, and the new Bliss Inc on Radiant Love. The closing track ‘Hedonic Treadmill’ by Barker is definitely one to mention. The entire album is beautiful for anyone who hasn’t heard it.

What other projects might you have been working on this year, anything else coming up we should know about?

Around the beginning of the pandemic, I started recording quite a bit of music with Nick Höppner at his studio, and that’s finally starting to take shape. I’m not sure exactly what it will become, but we’ve covered a lot of areas from House to half time Drum and Bass, to Ambient and Krautrock. I’ve also got a couple of records coming out soon; a remix for a very special record coming out on LOTR, and a solo release on LA based label Pinchy & Friends. I’m really looking forward to both of those releases.