Next up we’re treated to a max chillin’ afternoon soundtrack from Melbourne’s Dawn Again (aka Nick Verwey), full of breezy live percussions, jazzed out chords and soulfully serenading vox to keep the temperatures steaming! With The Love Above label he runs alongside local heads Ryan Berkeley and DJ Ingrid recently dropping their first 12″, we caught up with Nick to get the scoop!

Hey Nick, how’s things? What’s been keeping you busy over the warm-ish months?

Sup Myles! Thanks for having me! I’ve been flatchat – between starting Love Above Records, playing my usual spots, making music, digging, working for Bodriggy, hanging with the lovely and the holmiez, and the constant all-conquering stranglehold fantasy basketball has on my life – i’ve had barely any time for anything that resembles anything close to “not much”.

I see you released a dreamy split 12” with German producer Colkin on The Legend Of Gelert label late last year, which you described as “probably the best representation of the type of sound I’ve been working on for the last year and a half”, tell us a bit more about that record and what kind of direction your music has been heading in of late?

For a while I had really been into the chuggy, slower, post punk, twisted disco sounds of Tusk Wax, Cocktail D’Amore, Correspondent, Rothmans etc. After collecting a lot of those types of records, making a lot of music that sounded like that and even releasing a lot of records like that I felt I had reached my limit with that sound. As much as I love that sound, it’s extremely time & place orientated – to the point that you might not play any of those records for a few years! Especially in Melbourne.

So, I turned my focus on my other love; house and deep house. A genre Ive always had a special place in my heart. And for the last couple years have been exploring and challenging myself with making melodic, warm, fuzzy, groove orientated, deep house. It’s a sound palette that’s inspired by DJ Sprinkles, Grant, Smallville, Plastic City, Vincenzo, Charles Webster, Guidance recordings etc. I think Legend Of Gelert really encapulates that. I’m crazy proud of it. And extremely thankful to LuvJam & Colkin for putting it all together.

Prior to that last record you had released five separate collaborative EPs with UK producer Rothmans (known for his vinyl only label of the same name), tell us about the connection there and what made that collaboration work so well?

So we met like all good contemporary relationships meet these days….online. Mad Ant is an absolute lord. I had been absolutely in love with his label after buying the “Paolo Rossi EP” by Naduve which came out in 2015 on Rothmans. I randomly picked it up at Bounce Audio in Prahran. I had no idea what the heck this record was. Just a plain record with an Italian soccer player on it. I had never really heard music like that. I had no idea who even made tunes like that either. I did some research, I found out what the label was. Listened to all the releases. I was hooked! I started sending him some tunes, and we got to talking. Before you know it he released my first record, the “Johan Cryuff EP” in 2016. He also kept sending me bits and pieces of stuff he was working on, and I would play around and make something out of it.

In Melbourne you’re also part of The Love Above collective alongside local DJs Ryan Berkeley and Ingrid.. Tell us how that evolved from being a clubnight to most recently becoming a label, and what else you have in the pipeline?

So back around 2016ish Ryan Wilson (Ryan Berkeley) and I started a weekly Friday club night at Glamorama. It started as disco & a bit of house. And then after 6 months or so, it kind of turned into house with a bit of disco. Ingrid Parry Hayden (DJ Ingrid) got involved and provided some much needed perspective and drive. And since then we have thrown parties pretty much everywhere around Melbourne. We are all massive record heads. We all love DJing. We basically wanted to champion house & deep house in Melbourne. Ryan & I had talked about a Love Above Record label for ages, but we never really did anything close to starting something. Ingrid really kicked things into gear in 2019. We focused and got our shit together. We started putting together a record and saving up money to release it. 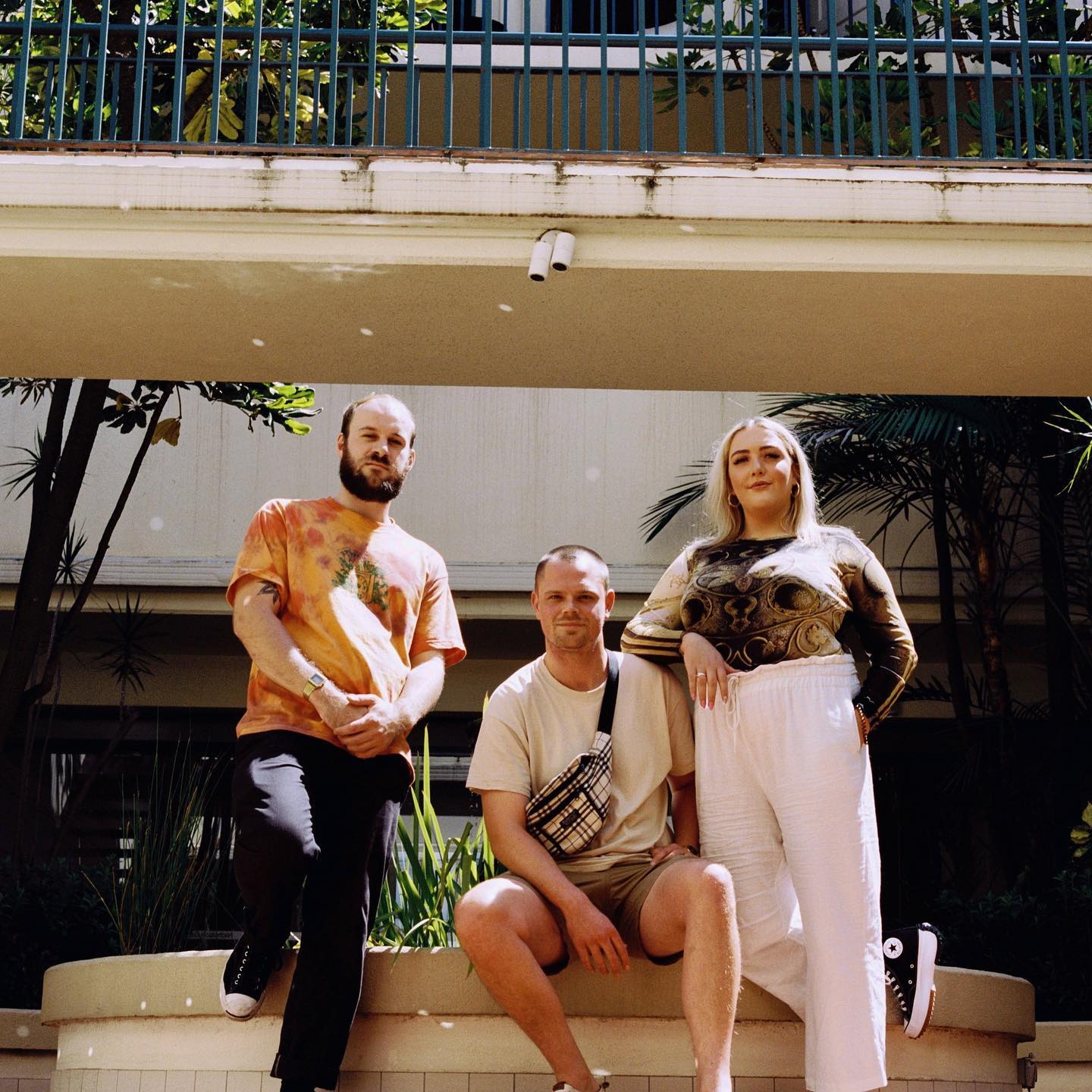 I have to say that having released a bunch of music on other people’s labels over the years, now being on the other side I now know how much time, effort and money goes into the whole process. So a deep, heartfelt thank you to all those peeps releasing records! It’s been an awesome & challenging experience. I wouldn’t have been able to do it without the homies Ryan & Ingrid, and now I’m extremely proud to say we have a VA 12” coming out in April 2020 featuring Ryan Berkeley, DJ Heure, Norachi & myself. We have chatted about the next EP, and without giving too much away it might involve a band…kind of 😉

Back on the club tip I see you’re also launching a new night called Enjoyment Division alongside a few familiar faces, what can you tell us about that one..?

Enjoyment Division is my little creative outlet in which I can book my DJ homies, make my own artwork, and basically run a fun, no holds bar, play what you want night. Its equal parts party, hang session, experimental record testing ground. It took a little hiatus due to Love Above really taking a major focus, but I can’t wait to launch it up at Angel Music Bar. I love Angel Bar, it has a totally different feel to any other place in Melbourne.

What can you tell us about this mix, any special tracks in there you would like to mention?

I had been putting it together in my head for a while. A selection of the laid back, organic, warm-as-a-jacuzzi deep house that Ive collecting for a while. So its all vinyl, some records I’ve owned of a couple of years, a couple I had bought just a week or so prior. I spent a week or so putting it together, checking what should go where. Then recorded it in one-take at home on two turnies and a mixer. I went for equal parts “on a date at uber trendy wine bar” meets “having a cheeky boogie in the late arvo on a bamboo veranda in an environment with a humidity factor off the charts”. Hopefully, the MDC massive enjoy it, and makes them go out and support their local record stores! 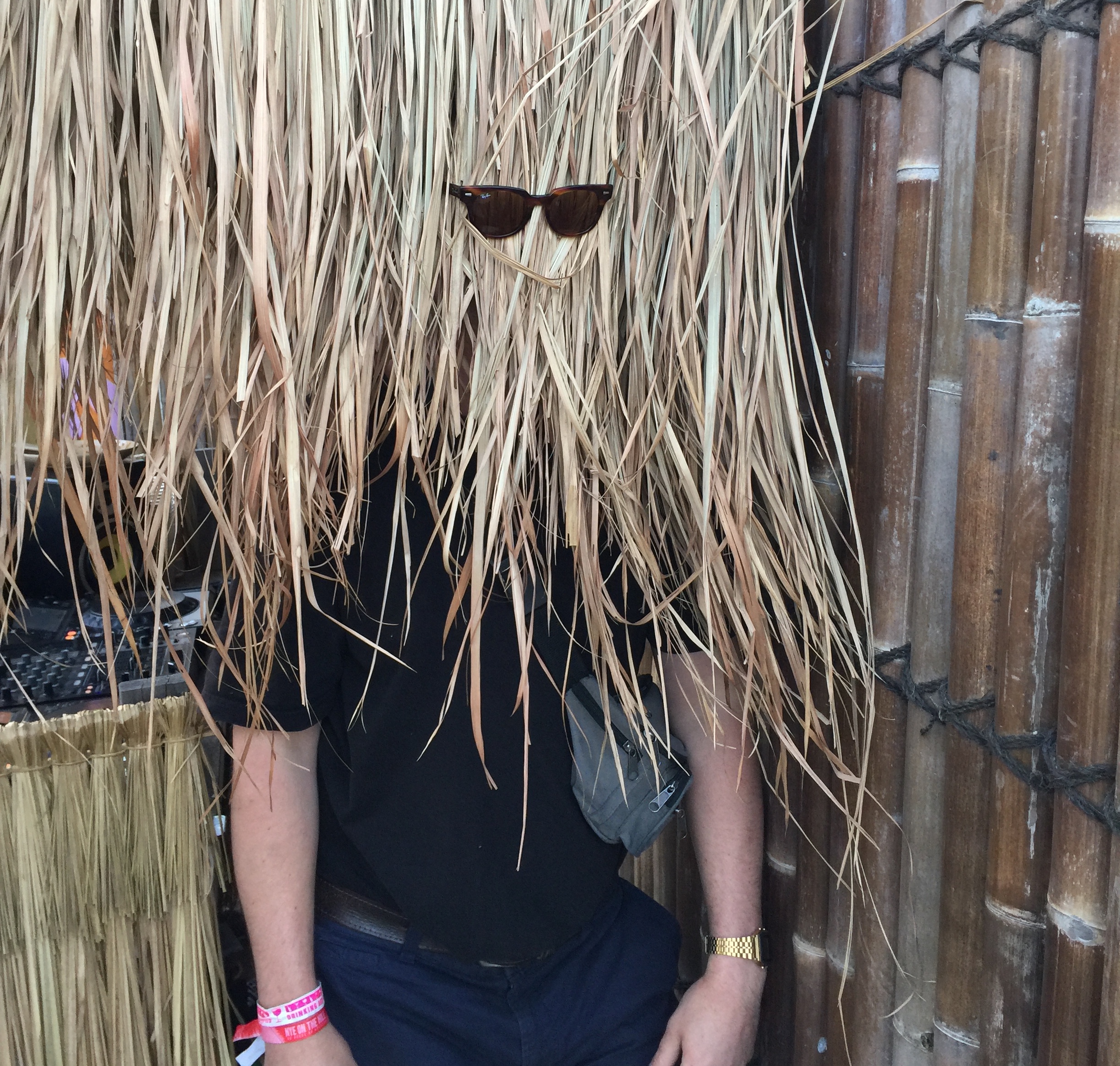 What else is on the horizon?

I’m currently putting together another EP which I will send out to a couple labels. I’m about a track or so off it being ready. It’s slightly punchier than some of my previous releases. I also have a 4 track EP coming out any minute on Houseworx titled “Train The House Down”.