Well-spiced rave NRG with a local lord of the blend.

Next up it’s the eternally rave-ready Toni Yotzi! Borrowed from the much sunnier west coast of Australia, but very much a Melbourne local these days, Yotzi (also known as Jo) has become a welcome wildcard behind the decks around here, known for craftily jumping from place to place in a way that makes perfect sense when it probably shouldn’t. We had a chat about all the things she’s been working on including her latest clubnight collab, dooj!

Hey Jo, how’s things? What have you been upto?

I’m in Europe atm, played a party in Berlin on the weekend with 2 of my favourite artists/pals Ambien Baby. Visited Paris and Copenhagen for the first time which was so special and was back on Red Light Radio last week, I loved putting the show together and was so nice to have old Perth friends come through for it too.

I know you kicked off your new club night dooj here in Melbourne with a bang last month inviting the legendary Detroit In Effect along for the launch. Tell us about the idea behind the project, who else is involved and how the opening night went down…

Dooj is an onomatopoeic word for anything tuff, sassy or generally positive. It sounds like a kick drum. A straightforward idea to bring people together in the name of fun and friendship with diverse music and art curation. I was lucky enough to be asked to be a part of dooj by Nick Saw, Seb Marcu and Henry Scott. Everyone brings a different aspect to planning and have a passion for community and dance music. I felt so humbled after the first party. People responded so positively to our work manipulating the space which really meant a lot. Basically it was just really fucking great to see so many friends smiling and dancing until sunrise. 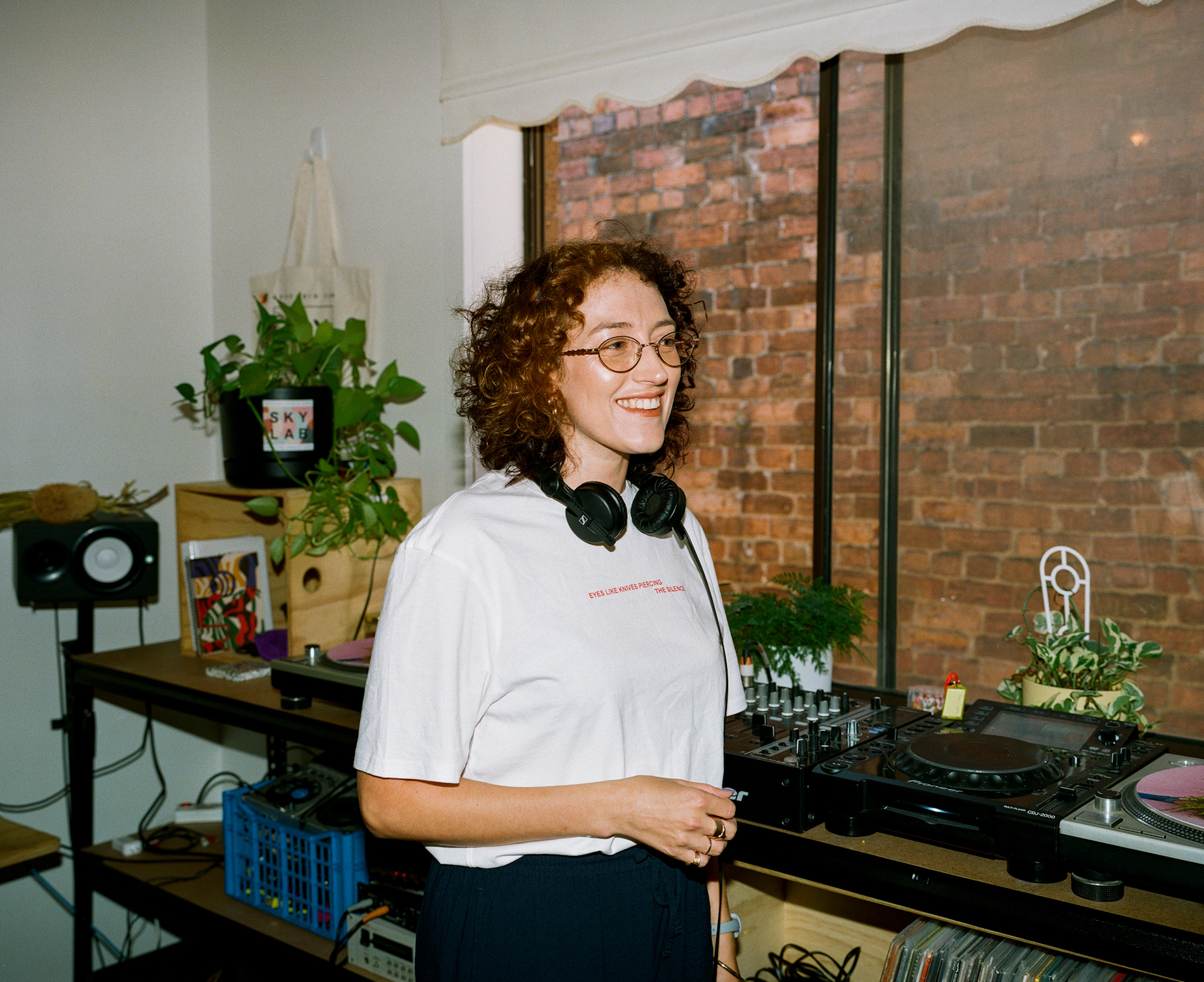 I know you also worked closely alongside Nick at Lounge for a while there before it’s unfortunate closure earlier this year, while continuing to work on the Camp Doogs parties back in Perth from afar.. what do you think you learned the most over your time working on both of those, and how have they informed your approach with the new night?

The Lounge office definitely taught me how to eat a Parma lunch on Tuesdays :p a ritual after a long weekend in the club. But in all honesty, I learnt so much working at Lounge from Glyn, Liam and Nick about the history of electronic music in Melbourne and this definitely shaped curation of Deep Doogs.

Perth is often UK focused, a lot of dynamic party sets. This was maybe informed by Brit’s chasing the sun moving to WA from the 1980s, our love of raves and radio (RTRFM has had a weekly afternoon dance music program for over 30 years!). I missed the formative years of Melbourne clubbing, so was fortunate to get a taste of it’s quintessential sound during the final run of parties. An exhausting period, but was special going to Filter and seeing some Melbourne royalty play gave me a more experiential understanding of the music that shapes the city’s club music today. The knowledge of some of Melbourne’s history and my own context hopefully will keep pushing diverse curation + memorable parties.

Away from the club, I see you’ve been involved with Skylab Radio on a few projects, hosting talks with artists at MESS for International Synth Day as well as your own show House Of Sports. Tell us how that all came about…

I was yarning to Simon TK about a new project him and Gus Carmichael were working on, it sounded really exciting and was a necessary step to help showcase the endless musical taste around us. Skylab as an audio and video streaming platform gives more flexibility for touring artists to perform and helps to document talks and events. Simon and Gus are amazing entrepreneurs, so Skylab will be constantly evolving. I studied radio at uni and was heavily involved in RTRFM in Perth so I’ve ended up helping them a wee bit with curation and streaming. That International Synth Day broadcast was so fun, the positivity in the room at MESS was incredible, everyone was learning from one another, I loved speaking with MESS director Byron Scullin + resident Andras and live sets from OK EG + Hybrid Man were really inspiring. Reminded me how much I love talk radio so hopefully more of that on the horizon.

I recorded it at Mama Snake’s studio in Copenhagen a few weeks ago, I tried to record it before I left but I needed a day to simmer on some of the tracks. I was trying to channel the below: 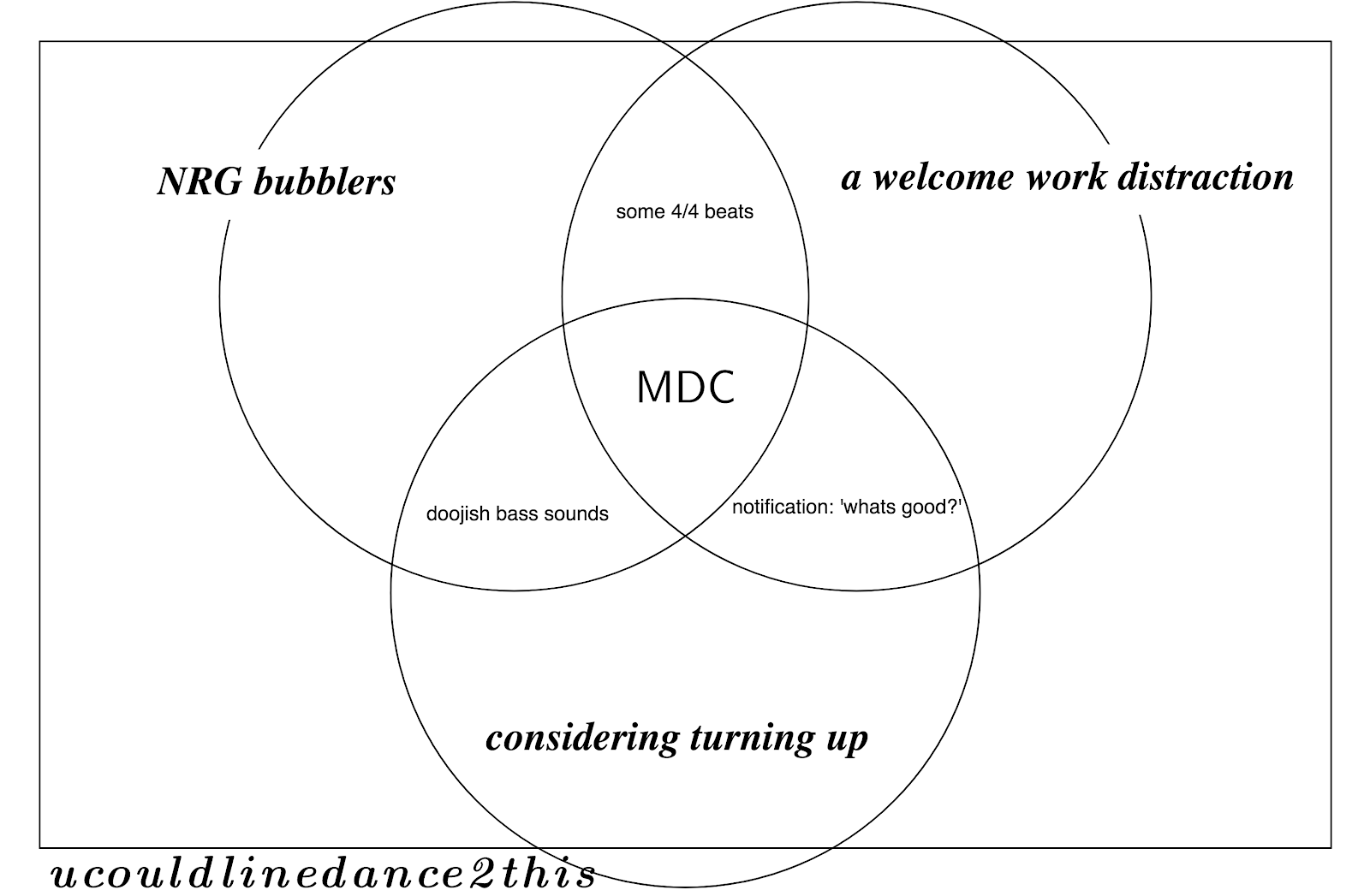 There’s upcoming Sam Brickel on Steeplejack, one of the most interesting labels’ out of Australia atm, a very tightly packed release schedule coming up too, buckle up 😈

Also a spicy Urulu remix of Jeigo – Fluerella… everything Taylor (Urulu, Liquid Earth) has sent through recently has been so so good. Classic Thomas P. Heckman + as per touch of ‘classy trap’ haha, very into Brazillian producer VHOOR.