A long time friend of the show, Kate Miller’s transition from Melbourne music lover to revered Berlin DJ, party curator and most recently label head has been brilliant to see. A late night specialist, her ever evolving sets merge bleepy old-school electro, dark brooding techno and uplifting euphoria with precision – a sound that’s landed her at some of the best dance spaces in the world; Panorama Bar, De School and ://about blank to name a few. It’s the latter where the quarterly Oscillate parties she co-curates have become a local dance ritual for Berlin ravers, inviting everyone from DMX Krew, Legowelt, Shanti Celeste, RAMZi and whole host of Australian talent over the past four years.

Recently adding their own label to the fold, Oscillate Tracks emerged this month with a tasty three-tracker to mark the occasion from Oscillate favourites Roza Terenzi and D. Tiffany with a soul drenched Jayda G remix to boot. Now back in Australia for a string of shows, we caught up with Kate to get the latest and she’s mixed up MDC.202 in true style, digging deep with a mutant blend of electro from the past, present and future!

Hey Kate, what’s been happening? I see you’ve had a busy time wrapping up gigs in Europe before coming back to Aus for a bit.. what have been some of the highlights?

Hey Myles! Thanks for having me.. Yeah the last month in Europe was pretty busy. Went to Stockholm, Amsterdam, Leipzig and Hamburg as well as a couple of gigs in Berlin including one with Boiler Room. One of my highlights last month was definitely De School in Amsterdam. The club is in the basement of an old high school, it’s completely dark down there, almost pitch black, which creates this brilliant sense of anonymity on the dance floor and takes the focus off the DJ, placing it back on the music and sound itself. I felt so free to explore as if we were one organism lurching back and forth together.

Another highlight was Stockholm. The guys from Mount Liberation Unlimited invited me and they were so lovely. The gig was in a small basement in the city and I got to play 7 hours for a tight-knit little crowd of 150 people. It felt really intimate and special. At the end Tom from MLU handed me a Swedish cinnamon bun and that just completed my night 🙂

It looks as though you’ve had a pretty crazy year with the Oscillate party you’re involved in running, tell us about its evolution, who’s involved and what have been some of your favourite memories in recent times?

Thanks! Yeah Mato (my partner) and I have been having lots of fun organising the Oscillate events over the past couple of years together. I think we’re really starting to strike a nice balance in our taste and I’ve been really happy with the development of our bookings lately. After every party I always say “that was the best one”, it’s just such a rollercoaster of stress in the lead up and then relief and euphoria as you see the party coming together. It’s so hard to choose favourites but some highlights of late have been Simo Cell (who played one of the most daring and diverse DJ sets I’ve ever heard), Jayda G (whose infectious positivity had us all smiling from ear to ear in the sunny garden), Objekt (who is just an absolute wizard behind the decks), our beloved resident Johanna Knutsson (who makes techno bright and optimistic), and CC:Disco! who infamously closed out the last party with ‘Return of the Mac’.

It’s always especially nice to get Aussies over. We had Roza Terenzi lately who I adore and is on the first release of our new label. I also have to mention Modular Gang who take over the tent twice a year, improvising on modular synthesisers all night long creating anything from drone to gabber, which is always pretty exciting. 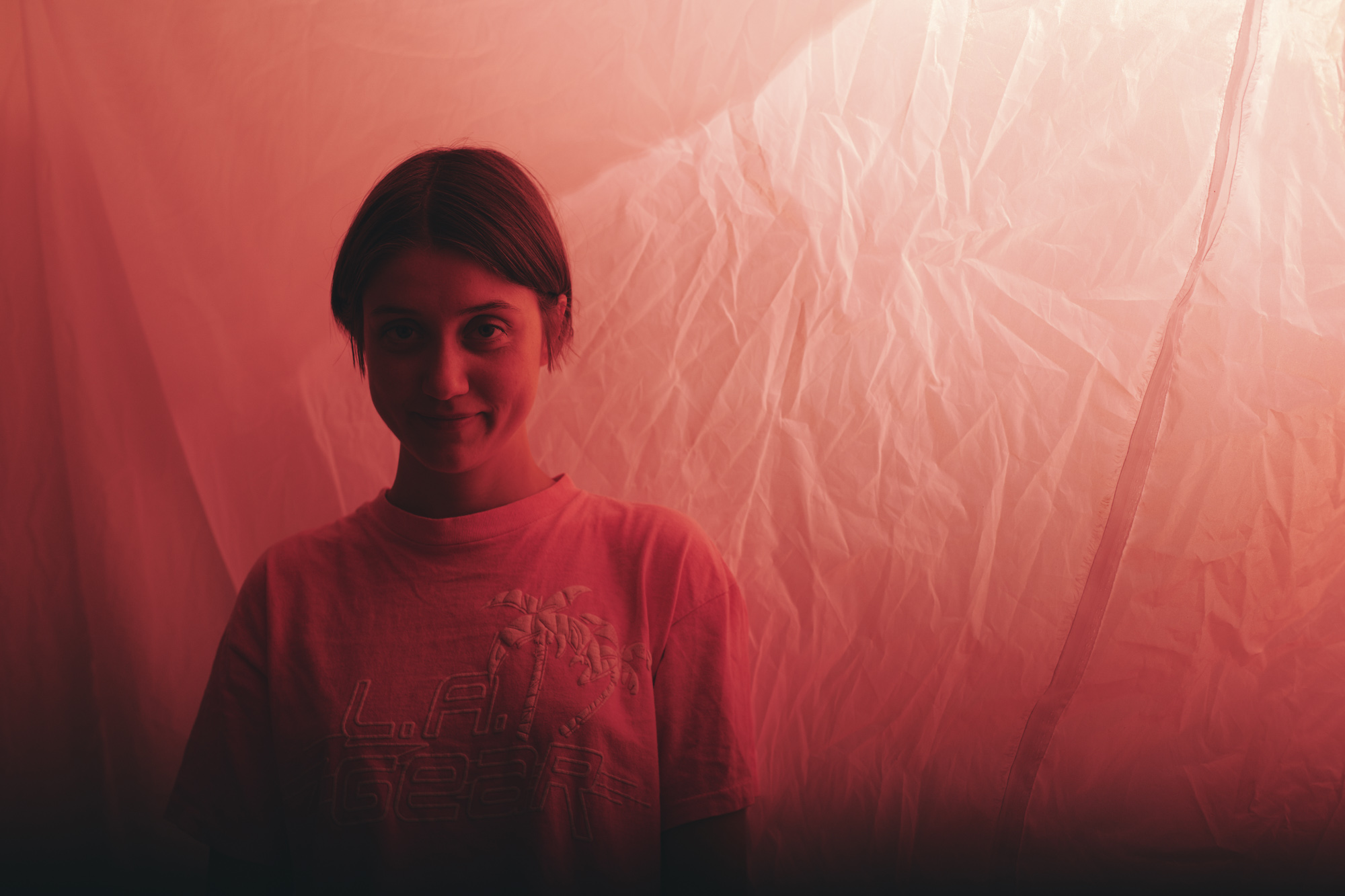 You guys have also just launched Oscillate Tracks ‘releasing select music from admired artists’, tell us about the concept of the label and what you have in the works?

We initially wanted to release music by artists who have played at the events, which is true for the first release and will continue to be a common thread, but I am already sitting on so much great music from friends and colleagues that we decided not to restrain ourselves too much and also just put things out that we’re really passionate about and make sense musically. The second release is already planned – I can’t speak about it too much yet – but I absolutely love all the tracks and can’t wait to share them with you! That one should come out in March next year.

What can you tell us about the mix you’ve put together for us? Any music in there you would like to mention?

This mix is pretty indicative of what I am playing out at the moment. Lots of moody electro and pretty varying in speed. I’m really enjoying playing with tempo at the moment and am hunting down as much footwork as I can that fits in with the other things I play. A couple of favourites from this mix are from artists; Silvia Kastel, upsammy, Reptant, D. Tiffany, Sully and J.Wiltshire.

What have you got planned while back in Aus, and what else is coming up?

Doing Melbourne Music Week this weekend with Leon Vynehall, I’ll be starting a monthly residency at Skylab and there are a few other things in the works including visits to Sydney and Perth 🙂