One of the friendliest DJs you’re likely to come across, Sam Telfort has been a longtime purveyor of soul warming house, releasing a fine version of just that for his own label TLFT, DJing all around the place for extended back to backs with legends of the deep like Move D and Smallpeople, and hosting regular international guests at his local place of dance at home in Edinburgh, Sneaky Pete’s. He’s recently put out a great EP for another hub of quality house business over in Edinburgh, Lionoil Industries, and took the time to have a chat and mix up a summery MDC.193!

Hey Sam how’s things mate? I see you played Farr Festival over the weekend, how did that one go down?

Hey!! Things are pretty, pretty, good! Farr Festival was a blast and it’s rare to be able to play for three hours on a festival lineup so that was welcome too. I stayed on for an extra couple of days and caught a load of ace sets—Josey Rebelle, Prosumer, Even Tuell, Andrew Hill and Cera Khin were definite highlights of many but I missed plenty due to clashes too. First time there, really nice festival! Would do again.

You recently put out a lovely four tracker for local Edinburgh label Lionoil Industries, tell us about the idea behind that EP and how it all came together?

Thanks! I had been tasked with doing an EP for Lionoil for quite a while, really since the first 12” the label put out (Various Artists including myself). For this new one I aimed to do a fuller record so it took a while to feel like I had the right EP in me for it, but then after that point it came together quite quickly at the end of last year and we settled on those tracks and got it moving. It was great working with Matt (Percy Main) on getting this out. Alex Renfrew who does the label’s design really came through on my request for “deep green” on the cover too! It has been out a few weeks and doing well so I’m really pleased about the whole thing. I have a copy for you here, by the way! 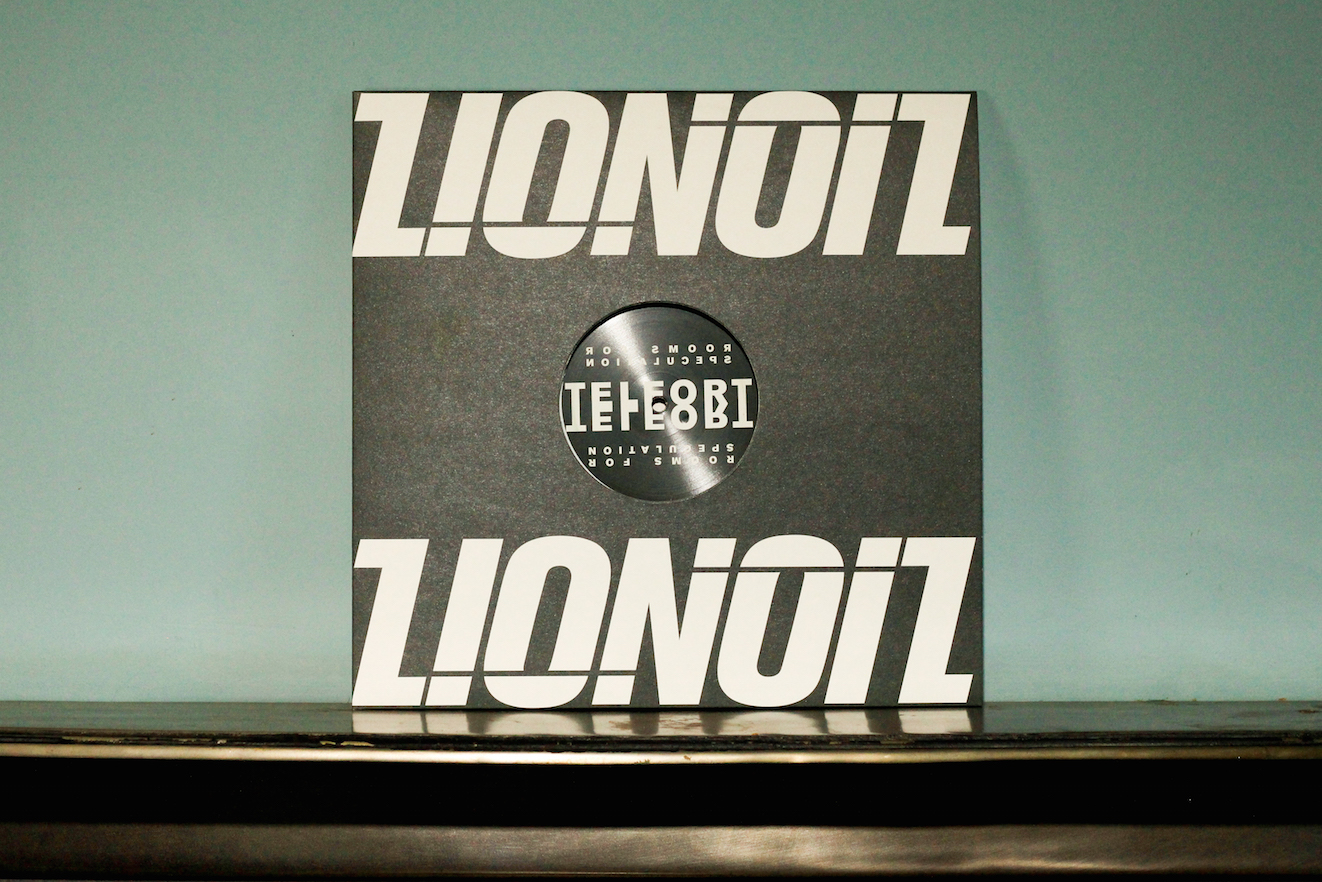 Tell us about your label TLFT.. you’ve kept a pretty regular release schedule so far with an EP of your own each year since 2015.. Does this mean we can expect another one on the way soon? Do you see the label expanding to release other artists in the future too?

Releasing my own music and having full control over every aspect from production to it being in shops and hopefully in people’s record collections and bags was something that was in the back of my mind a while after starting producing. It wasn’t for many years where it got to a point where I was happy with what I was finishing and for a few reasons I felt like my first output should be self-released, partly so I could control the context of my music and how it’s put out there. I didn’t really intend to do many self-releases though, initially just one but then that became three. I’ve been going by feel along the way and at the moment yeah I can definitely see me releasing another myself, in the perhaps very near future. I’ll continue to expand onto other labels now that I’ve kinda branched out a bit with the new EP rather than solely releasing on my own label. I think if I am to move onto putting out music from other artists it’d be starting an entirely separate label, which I will likely do someday!

Firstly I’ll say it’s great to be contributing to MDC as it has been my favourite series for years, thanks for having me! For this it’s a mix of some nice deepness leaning into a few different areas, from warmer more upbeat stuff to more full on rippers in the middle somewhere and back to the uplifting gear again. Selecting for this happened quite quickly, with new and older favourites in there, recorded at home on a Taula 4 mixer, two 1210s and Pioneer XDJ700s. It’s hard to pick out any particular special tracks as I love them all but I should mention ’Impulse’ by Phran, featuring Ivy Barkakati. That’s out on Rhythm Control Barcelona, which I stumbled across recently and had to grab both releases urgently! Love this tune and keep getting people asking what it is. Also really had to include a new DJ Soch track on the mix—Jason Grove’s version of ‘Dance Night Away’, out on Skylax! Big big big. 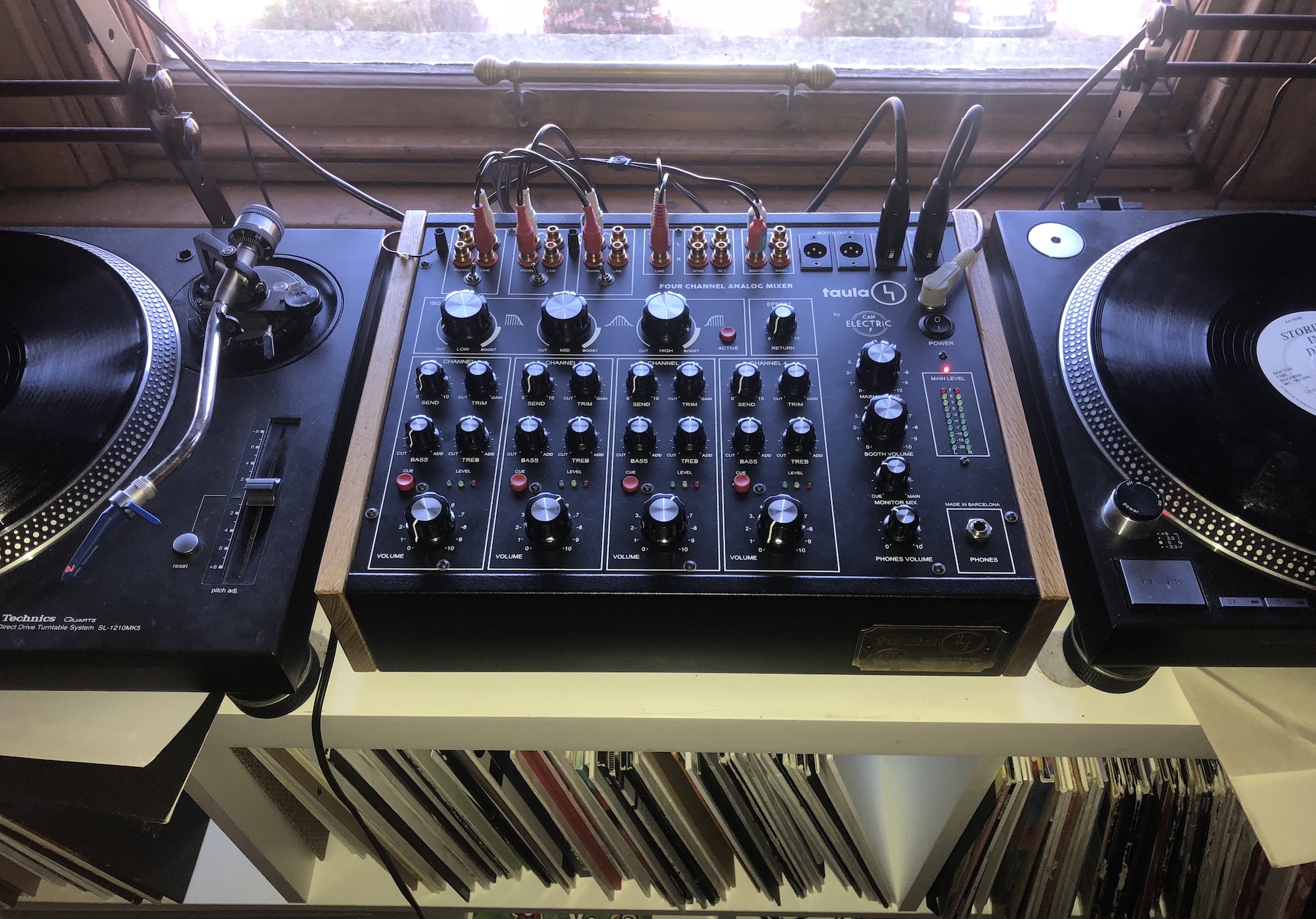 I see you’ve got a nice thing going with the Smallpeople guys from the wonderful Smallville label and record shop, and looks like they’re back in Edinburgh to play for you again this month.. What can you tell us about that one?

Yeah those guys are great (I’m now thinking back to their Melbourne Deepcast mix many years ago actually!) and the Smallville crew has been a big influence on me along the way. We got talking after I heard they were playing out my first record and that led to them joining me at Sneaky Pete’s where I had started an occasional residency with guests under the banner of ‘Telfort’s Good Place’. That was two years ago and it was time to bring them back over, which is happening on July 20th. They brought me to Golden Pudel earlier in the year for ‘Smallville & Friends’ too… nine hours with them in one of my favourite clubs was dreamy! Joining Julius Steinhoff (half of Smallpeople) for his Down by The Lake night in Freiburg last year was another highlight too.

Next up is Present Perfect Festival in St. Petersburg later in July, with an awesome lineup. Move D has programmed the garden stage and invited me to play alongside him and Marcellus Pittman, Jus Ed, Damiano Von Erckert, Dolan Bergin and Baba Stiltz. Really can’t wait for that one! I’m also playing Field Maneuvers for the second time running in August which I’m ridiculously happy about, it’s the best. Plenty great clubs too but I guess Farr has put me in a festival mode at the time of writing! That said, being confirmed to play Robert Johnson a bit further down the line is something that’s on my mind a lot too…