Lockdown grooves from the Patterns of Perception camp.

Step inside the mind of Patterns of Perception’s Steve Duncan with the Australian DJ and long time Berlin-based tastemaker treating us to a soothing fusion of chillout techno meditations spun at 33rpm. Now settling into a new life in Helsinki while navigating the pandemic, we chat about where he got his start back in Canberra and Sydney around the turn of the century, and how it lead him to Berlin to start the impeccably curated Patterns of Perception series alongside five friends in 2016.

Hey Steve, great to have you on here! Originally from Canberra, I read somewhere that you first discovered techno at warehouse parties up in Sydney in the 2000s, what do you remember about the parties back in those days, both in Canberra and Sydney?

Hey, it’s really great to be here! Thank you for having me. Yep, I’m originally from Canberra and while I’ve been away from the Australian scene for quite a few years, I do have so many great memories from my time in the Canberra and Sydney scenes.

Back in the early 2000’s, Canberra had a small but very tight-knit community, with the sound floating somewhere between breaks and house, at least in my circles. There were a number of great venues around (Lot 33, Academy, Toast, Trinity and Transit were a few of our crew’s regular haunts), and they catered to all ends of the spectrum – from free-wheeling parties somewhere on the trashier end of the spectrum to gritty, alternative events put on by people really in the know. The attendance of the events was sometimes a little unpredictable in those days, but when things clicked, it was really warm and lively.

When I arrived in Sydney in 2007, the first thing that struck me was the diversity and vibrancy of the scene. There was just so much going on – we were absolutely spoiled for choice! Of course the parties were wild, but I always felt that there was a solid undercurrent of assured class from the local selectors. Like everyone else around at that time, I spent a lot of time hanging around Oxford St and Kings Cross (happily also playing at venues like Oxford Art Factory, Q-Bar, World Bar, The Sugarmill, Kings Cross Hotel and YU/Soho), and it’s crazy – and sad – to have seen from afar how the lockout laws and tighter regulations have impacted a once bustling scene.

Coming from a breaks and house background, it took some time – and no small amount of coaxing from my mate Chris Honnery (a fantastic DJ in his own right, and former author of the Deep Impressions column in the Brag) for me to finally open my mind to techno. I still vividly remember the warehouse party in St Peters (that I had been enthusiastically dragged to by Chris) where everything seemed to click for me. It must have been a combination of the energy and togetherness of a very knowledgeable crowd and Matias Aguayo’s heady, sophisticated minimal techno that helped me to finally get my head into the space and send me on my way. 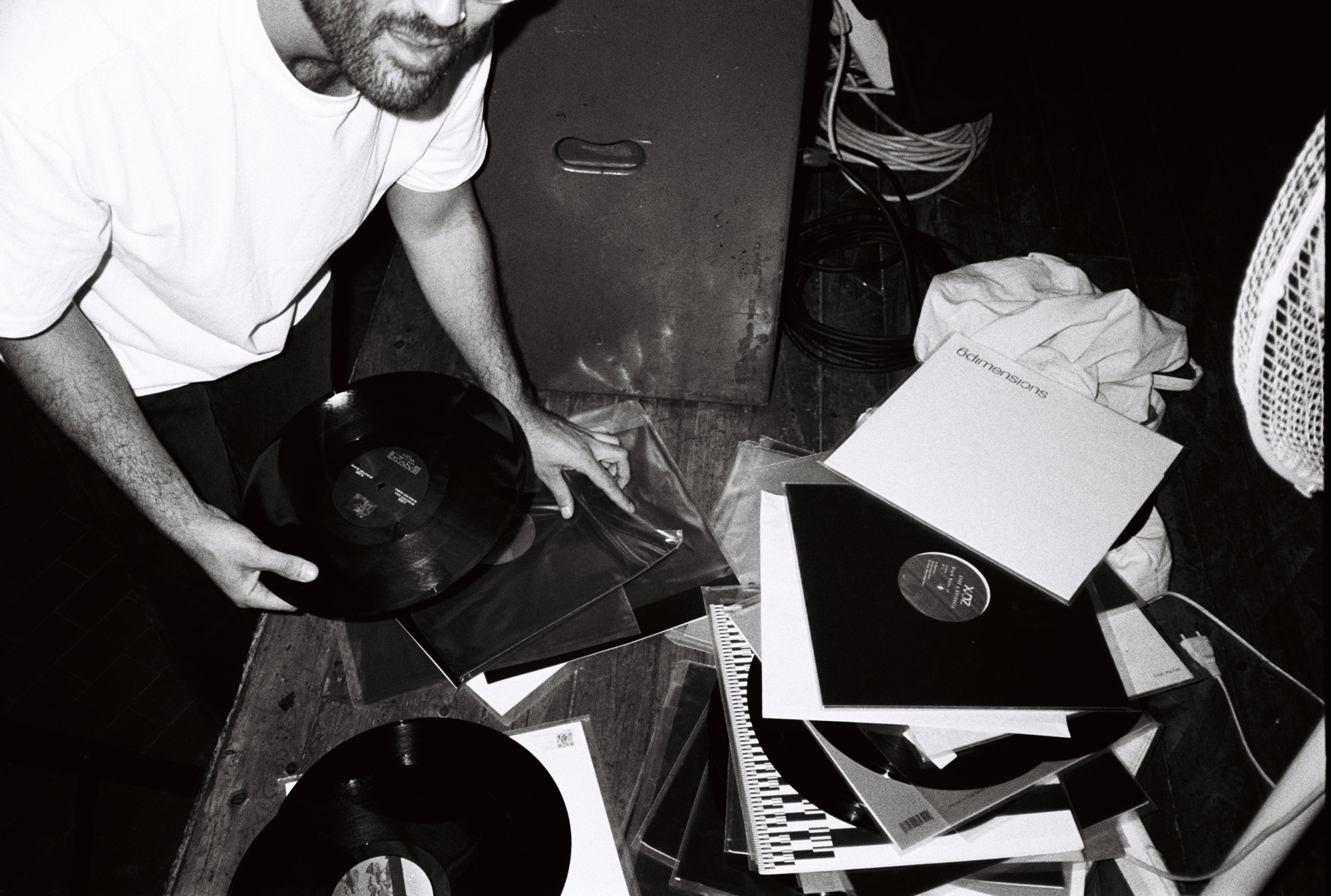 These days you’re based in Helsinki, after spending a number of years living in Berlin hosting regular clubnights and a podcast series under the Patterns of Perception name.. tell us about your connection with Helsinki, what the scene is like there, and how you have found the transition?

Actually, the connection is a simple one – my partner is Finnish! We’ve spent a lot of time here together over the years, and actually already lived here together for a couple of years before we moved to Berlin.

In terms of the Helsinki scene, I feel as though it has developed a really unique and vibrant character over the past five or so years. The amount of digging going on from the local selectors here is super impressive, and institutions like Post Bar, Ääniwalli and Flow Festival are top notch – both of these points can possibly be pinned down to the attention to detail that Finns seem to innately possess. It’s also been great to check out some of the DIY-style underground events that take place in random locations around the city. I feel that these really show the amount of passion and energy that comes from all corners of the scene.

My transition into life back in Helsinki has been smooth, but also pretty disrupted due to Covid-19. Prior to the lockdown, it was nice to explore and see the different sides of the city and the scene – and also to play my first gigs here. While it’s been pretty quiet for the past few months, I’m looking forward to getting back out there now that the city is opening up again. Sometimes I do miss Berlin, but it’s nice to say that Helsinki already feels like home – plus, I’ll be back there very regularly for our Patterns of Perception parties anyway 🙂

Speaking of Patterns of Perception, I know you co-founded the series with five friends in Berlin and have since curated nights with an incredible list of atmospheric techno artists across residencies at OHM and ://about blank. Tell us what have been some of your fondest memories so far, and when do you guys hope to throw your next Patterns event given the current situation?

It’s honestly so hard for me to pick! We got into this not really knowing what to expect or what we could realistically achieve, but every event has been genuinely amazing for us in so many different ways.

Having said that, there are a few moments that have stuck with me as especially special: Sebastian Mullaert’s mind-expanding 4+ hour live set (in which Mathew Jonson spontaneously joined him on stage for a jam), our recent party at Contact in Tokyo (with a lineup which included Peter Van Hoesen and Eric Cloutier fresh from their sets at Labyrinth), and inviting two of my personal favourite Aussie acts Nali and Albrecht La’brooy to join us for their Berlin live debuts at OHM. Oh, and Jane Fitz and Eric Cloutier’s 6 hour B2B at OHM from late last year is also one that I won’t be forgetting any time soon.

As I said though, it’s really hard for me to pick – it’s simply been an honour to invite our favourite artists to come and play at our events or release a mix through our mix series, and I’m just so happy to be doing it with five of my closest mates.

In terms of next events, it’s currently pretty tough for us to know when we’ll be able to hold our next proper party at OHM or ://about blank due to the Covid-19 situation. At the moment it looks as though it won’t be happening this year, but we’re hoping that 2021 will be a fresh start for us – and for the global scene. 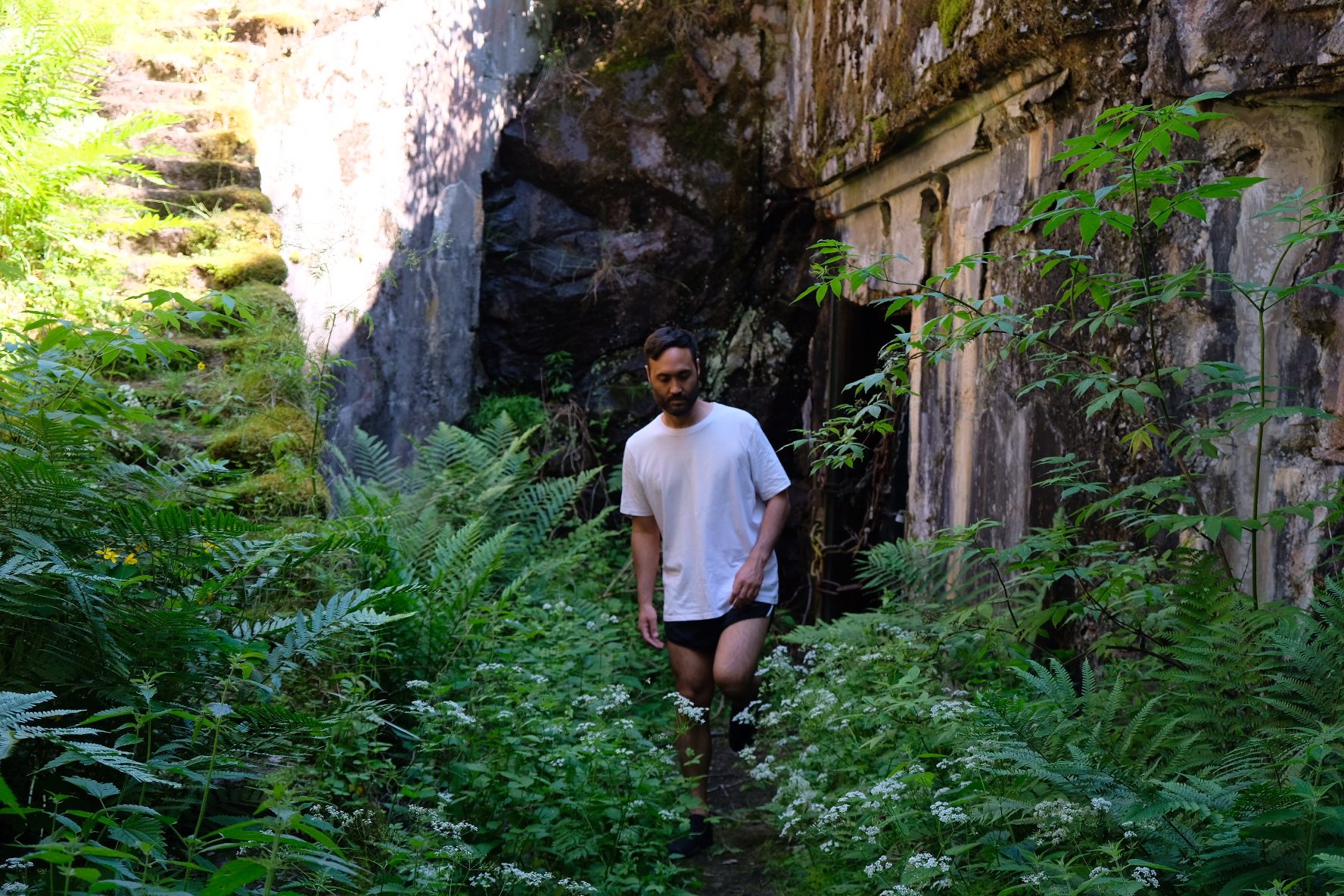 The idea for this mix came about in the early days of Covid-19 when much of the world was in hard lock-down mode. Like many people, my music listening patterns went a little haywire during this time, and I found myself both enjoying peaceful music that settled my nerves, and also hunting for music with energy to provide a sense of escapism. Looking for a balance between these two points, I somehow started going through my record collection to find 45s that worked well when pitched down to 33rpm. Of course not every 45 sounds good at 33, but when it did work, the sound was exactly what I was looking for.

After digging a bit and finding a surprisingly large number of tracks in my collection that worked, I decided to put them together in a mix to soundtrack and commemorate those crazy times and the range of emotions that I was – and perhaps we all were feeling. The resulting set hovers at around the 90bpm mark throughout, and I find that it works well as a soundtrack for chilling (and working) at home during lockdown, and also for sunny after hours sessions 🙂

As a side note, I find it really interesting how certain tracks sound when pitched down. For some, the melody or rhythm is really drawn out and almost reinterpreted. For others, the mood is completely changed. From this set for example, I find that Exercise One & Donato Dozzy’s track “People of Paprika” is transformed into a psychedelic, uplifting roller, while the groove and sensuality of Chaos in the CBD’s “Hydrate” is dialled up in such a beautiful way. 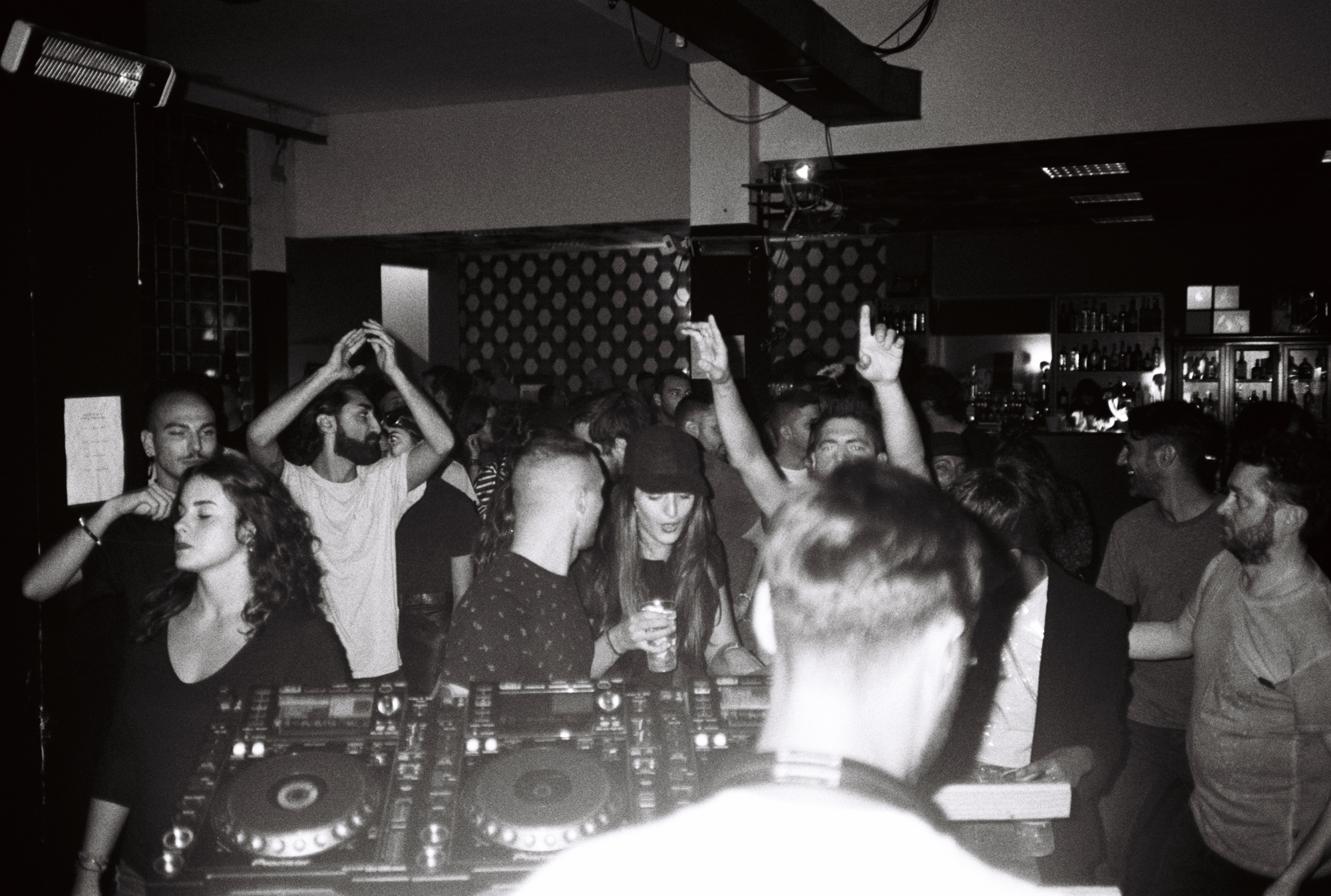 Do you have any other projects in the pipeline, or spots online or offline where people can catch you playing next?

While our event planning has been on hold, the Patterns of Perception crew and I have been busy working on a new music project that we’re all super excited about. Hopefully we’ll be able to share more details on it in the coming months!

In terms of gigs, I’m still getting settled in Helsinki but have got a couple of things coming up around here which I’m really looking forward to. Outside of that, I’ve got my fingers and toes crossed that the Patterns of Perception crew and I will be able to spin some tunes together somewhere this year, but in the meantime I’ll be focusing my energy on our new project and the mix series. To be honest, I’m also just looking forward to enjoying the rest of the Helsinki summer while the sun’s out. It’s a simple project, but one that still feels very liberating after the anxiety of the past months.