With a freshly released debut album for Lobster Theremin soundtracking the melancholic landscapes you’re likely to encounter cruising through the lush Hungarian countryside, we caught up with the Budapest based producer to chat about the album, his multiple aliases, the Hungarian Italo Disco movement of the early 80s and, of course, his mix – stocked full of new music from Budapest and beyond. Cruise control > on!

On the Route 8 front you recently released your debut album Rewind The Days Of Youth on Lobster Theremin, with the title based around the long journeys you used to make along Hungarian Route 8 growing up, tell us a bit more about your inspiration for the record and the range of sounds you’ve explored on there?

I have always loved driving, and I often go on random trips around the country with my little car. That’s one of the reasons why I chose this name. I wanted to make electronic music for driving and this is what I did for my album as well. I tried to translate the various emotions and thoughts I encounter especially when I drive down on Route 8 to visit my grandmother while I also tried to experiment with various soundscapes.

That’s why it has some ambient journeys with alien-like synths. I’m also quite happy that with the stunning singer Quails we managed to put together a proper vocal, downtempo track, which I wanted to make for years, but to keep everything Route 8-ish I recorded every track live, just like in the good old, golden days.

You’ve been consistently releasing EPs throughout the year on the This Is Our Time label you run alongside fellow Budapest producer Soundbank, tell us about the connection you guys share, and what do you have in the pipeline for the label? Do you plan to keep showcasing mainly Hungarian artists?

Soundbank (Gergő) & I are long time friends. He was actually the one who pulled me into the nightlife. When I started making music as Route 8 I was just banging out trax at my home and I never even planned to play at parties, but he insisted that I should. So I started DJing, performing live and over the years Gergő helped me a lot to grow as an artist and I will forever be grateful for his friendship.

We started This Is Our Time because there was no proper Hungarian record label for house music and mellow electronica. Also in 2016 the Budapest music scene was on fire, with people like Imre Kiss, Gnork, S. Olbricht, and we wanted to give a platform for fresh Hungarian artists who are ready to try themselves out in this genre.

Unfortunately after 2017 the scene slowed down so the label was mainly used for my own releases. Last year we reached out to other artists and this is how we found the Amsterdam based Perdu’s galactic dance floor jams, or Aspetuck’s electro soundscapes from the USA. We still hope we can feature some home made artists, and luckily there are some possible candidates for next year.

Tell us what’s the latest with your monikers.. I really enjoyed your most recent Q3A record on Delsin a couple of years back, how does the Q3A sound fit in with the music you’ve been producing lately, and do you have any current plans to resurrect the alias?

I started Q3A because during my first club experiences I got drawn into the world of techno. At the right place, with the right soundsystem, techno can be a powerful body & mind moving tool and I wanted to try myself out in this genre. I recorded a few trax for club use and I knew this would be quite different from my Route 8 stuff so I went with Q3A which stands for Quake 3 Arena, a popular first person shooter game which I played a lot, back in the 2000’s.

I tried to create the same dark atmosphere the game had, and I even used some sound effects from it. It was a fun project and I’m glad it landed @ Delsin, the label I have always looked up for, but I kinda got bored with it, especially because the techno scene over the past few years is just so uninspiring in my opinion. Also we have enough dark stuff in the world already, thanks to Covid, so these days I enjoy recording smoother jams, but I’m pretty sure I will come back to Q3A sometime. 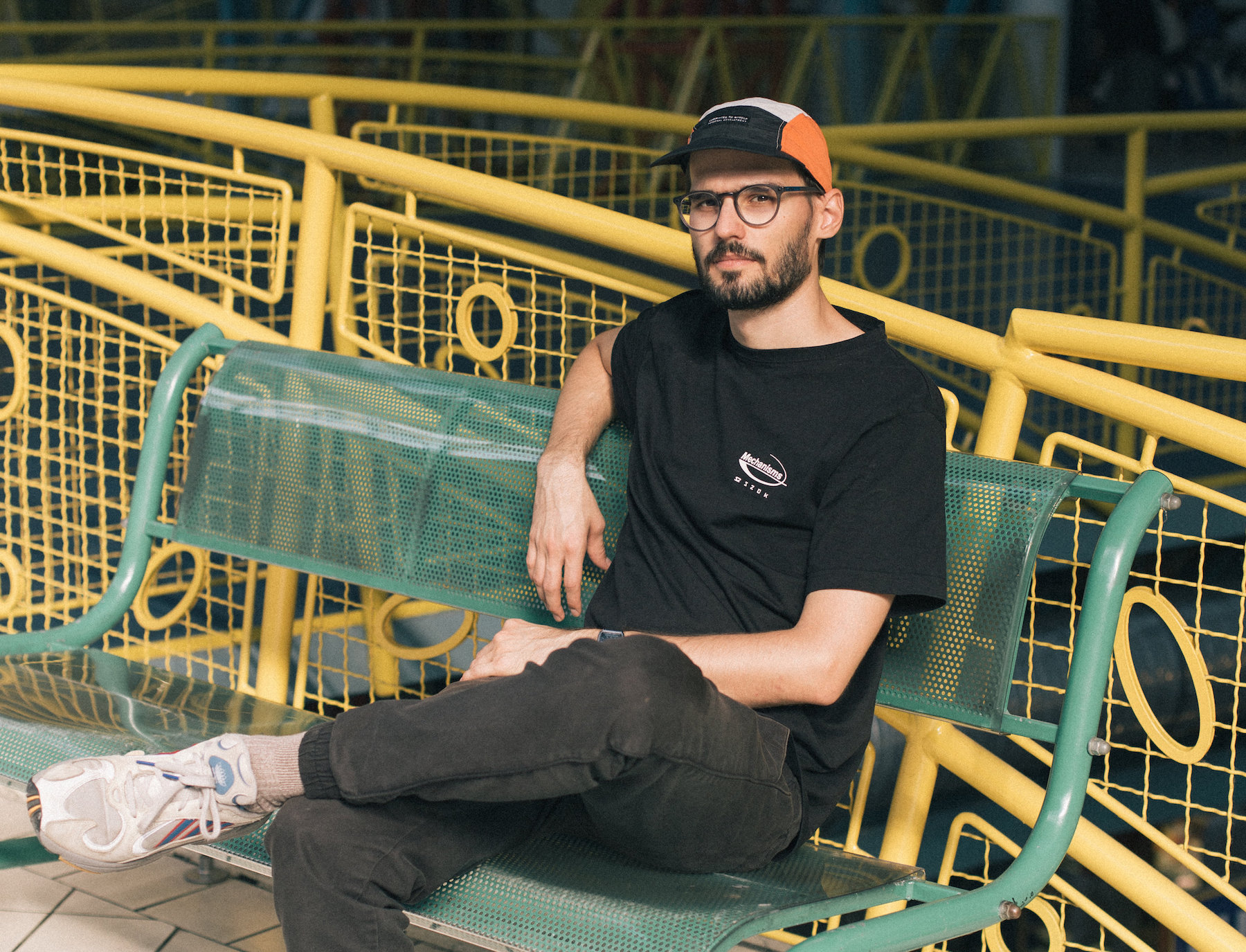 On the DJ Ciderman front you shared a pretty great edit of the famous Abba-esque Hungarian Italo disco song ‘Hova Menjek?’ by Neoton Familia earlier this year. Tell us about that one… I’m guessing that track is a cult classic in Hungary, was this part of a larger Italo disco movement there in the early 80s?

Neoton Família was one of the most popular Hungarian disco groups back in the 70’s & 80’s. They had success outside of Hungary as well, so some of their albums were available in English as well. “Marathon” (which includes “Hova Menjek”) was one of my favourite albums from them, and for (West) Germany they released it in English as “Listen To Me”. The tracks instrumentals were the same, but for some reason they completely changed the lyrics. “Hova Menjek” is about “where should I go partying on a Saturday night with these 3 boys”, but for the English version the track is called “It’s all over” and it’s about a breakup.

Italo Disco (with some New Wave twist) were and still quite big in Hungary. That’s why besides Neoton Família we have other great artists as well like KFT who were just as popular in the 80’s or Nouvelle Phénomène who released their first album in 2012.

What can you tell us about the mix you’ve recorded for us? Any special tracks you would like to mention?

One of the few positive things for this year is that thanx to Bandcamp a lot of artists put up their wonderful music so they can get some income during these tough times. This is what this mix is mostly about. During my digs on Bandcamp I found a lot of sick trax new & old and I wanted to showcase these. Also there are some jams from my fellow Hungarian friends and an out of this world, oldschool German EBM edit from Soundbank.