Throwing it over to our great pal DJ Popup from Copenhagen! The mind behind the magnificent NES label and close affiliate of the Regelbau crew in Aarhus, PU hit our radar last year with his breakout debut ‘Heather’ EP, a deep garage infused house bomb with serious timeless appeal. We were lucky enough to catch him doing what he does best in a sweaty room here in Melbourne over the summer, laying down a jamming blend of forgotten 90s house peppered with deep burners from the Safe camp. I think Skydiver’s Mike Wale said it the best, the guy is a walking house music encyclopaedia! This one is no exception..

Was great to catch up with you here in Melbourne back in Feb just before the craziness unfolded around the world.. how have things been like back in Copenhagen and what were some of your favourite times while out here in Australia?

So nice to hang out with you Myles! It’s been an interesting couple of months back in Copenhagen. I got back two days before they closed the airport. I’ve been living at my dad’s, making music in his guest room. We rushed to our summerhouse and spent a couple of weeks there. Melbourne was an amazing experience. One of my best friends Patrick, who recently had to move back to Melbourne, met me in the airport. He showed me around, taking me to the most beautiful beaches, nice bars and introduced me to his friends and family. Love to Pat and the Carne’s. They made my trip.

I also had the chance to hang out with Mike Wale (owner of Skydiver). I first met him early last year, when he was playing in Copenhagen. Chris (C.K) asked if I could host him whilst he was here. I didn’t know, but he had stocked NES01 without knowing that I made it. When he saw some gear in my room he asked if I made music. I told him that I had just released a record and that it was called Heather. He went “oh shit! yeah we just sold the last copy at Skydiver”. We quickly became super tight, the dude is just a freaking king. Before he left we agreed that if I was ever to go to Australia, I should call him up. I called him a couple of months later hahah. He was so kind to arrange some gigs, which was amazing. He took me around town, introducing me to his friends. I owe him a huge thanks. Love to Walee and Luke! (Luke, still have your David Byrne book btw)..

Outside of Denmark people may have become familiar with your music through the fantastic Heather EP on your NES label last year. Tell us more about how that record and the label came about, and what else have you got planned for NES going forward?

I had spent a couple of days in our summerhouse, just making music by myself. At that time I was very insecure (still am) about what to do with the music I had made. My friends were super supportive and encouraged me to send some over to Chris and Natal (Central). I didn’t know them so well at the time, we had only met once or twice. They were really nice and gave me some good feedback. One night I went to see Chris play at Jolene (a club in Copenhagen). Whilst playing I go up to him and ask “yo what’s this song?” and he looks all weird at me. “are you kidding? It’s your track man.” I had completely forgotten that I had sent him that track (He was playing “Memory Hole”). I think him playing that song gave me the confidence to actually do something with some of the sketches I’ve had lying around for a long time. Now I consider the label to be an output for me and my friends to get all those weird tracks out that we are too insecure to do something with. We kind of pick each other up in that sense. 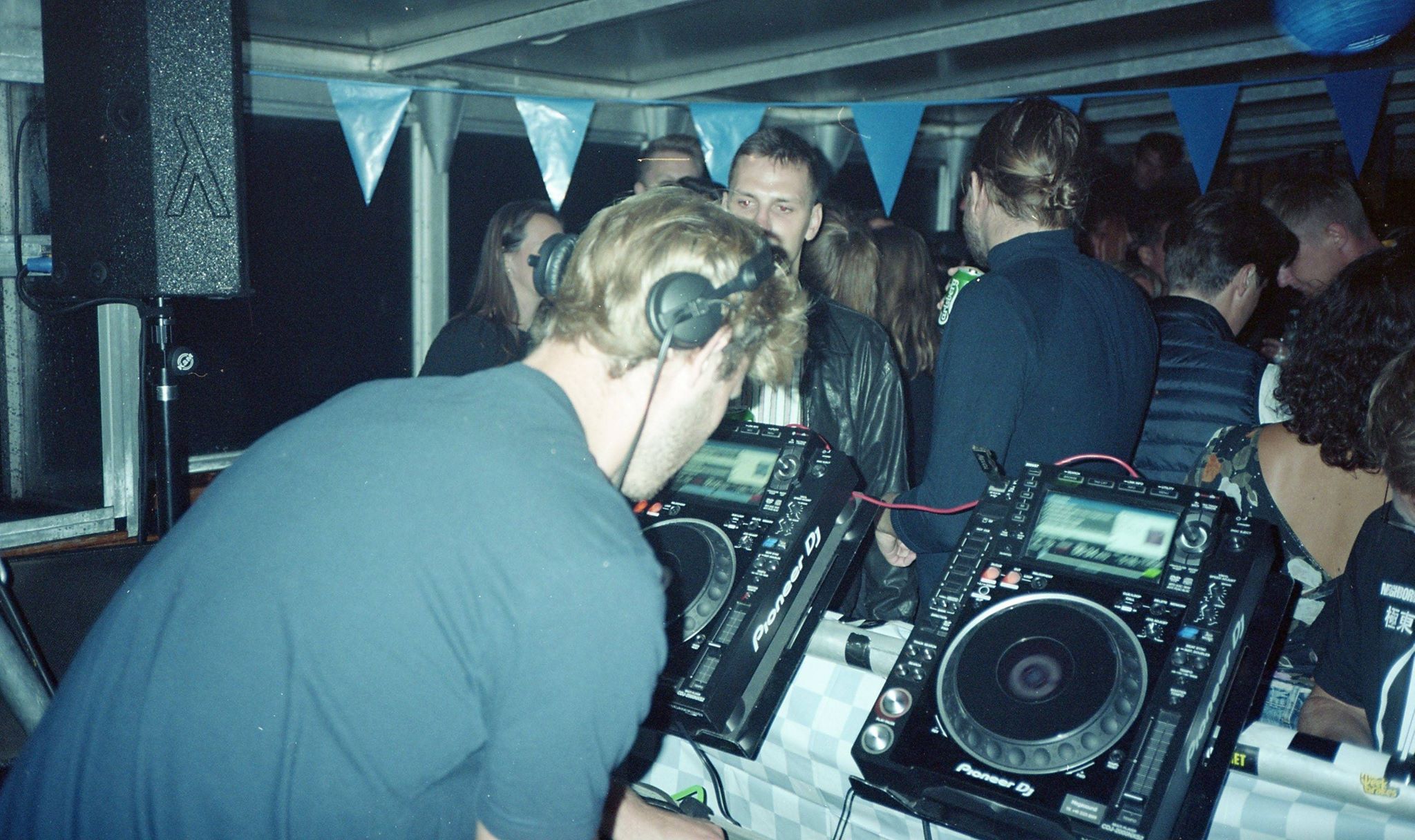 The guys from Regelbau / Safe Distribution in Aarhus were obviously really supportive of that first NES release, tell us how you first connected with them and what the feeling is like between artists across the two cities/scenes?

It is safe (haha) to say that there wouldn’t be a NES label without the guys in Aarhus. I first met them back in early ’15, me and some friends were on a road trip and decided to go see another friend play in a club in Aarhus called Double Rainbow. The boys were super nice and we had a really fun evening. After that we arranged to buy their second record, next time I was in Aarhus. Bastian, who’s a former member of RB, and I met in Aarhus and were just supposed to exchange money for records. We got to talking and basically ended up going on a drinking crawl around the city. Today he’s one of my best friends.

As soon as I had finished the record, I talked to the guys and we agreed that I could jump onboard Safe, which I’m super grateful for. I believe that the majority of people making music in Copenhagen tip their hat to the boys in Aarhus. I have personally never met such an inspiring, talented, yet humble group of guys. They definitely set the bar.

Another great underground crew you’ve been affiliated with back in Copenhagen is the Øen Rec label and collective, featuring on a cassette comp they released in 2018 and regularly playing for them over the years.. I’m curious to know who are some of your favourite up and coming producers in that crew, it seems like there’s a lot of fresh new talent to keep an eye on there.

The Øen boys are a lovely group of guys doing their own thing in a small, cool venue in Copenhagen. They have a good eye for up and coming producers for sure, including my good friend, who goes under the name En Anden.

What can you tell us about the mix you’ve made for us? Any special tracks in there you would like to mention?

I’ve tried to do a mix of tracks that are gonna come out on NES, inspiring tracks from friends and songs that I miss playing out on a banging sound system. Huge s/o to Adam Emil, Andreas, Chris, Jakob and Natal.