Finishing the working week with a mix of truly beautiful sounds thanks to one of Australia’s very best music selectors, DJ Earl Grey! A true purveyor of introspective cuts that can transcend the dance floor and recalibrate the mind/body/soul, Nik Thorup has to be one of the deepest diggers we’ve encountered, specialising in nostalgic genre benders and soothing ambient, downtempo and dubby grooves of all shapes and sizes.

For this episode we’re found casually swaying between 160bpm D’n’B atmospheres and majestic moody vocal cuts, perfect to wind down or ease into your weekend with. We also caught up with Nik to chat about his label Best Effort and the imminent closing of Sydney’s iconic underground music venue Freda’s, where he worked both as a booker and threw parties with Rimbombo over the years.

You recently shared with us the second instalment of the ‘Stay in Bed’ compilation series on your label Best Effort, making for another delightfully blissful collection of sleepy electronic works from like minded producers and friends. Tell us what inspired the series and what else you might have coming up with the label?

When I moved from Sydney to Melbourne in July last year, I wanted to take a small step back from music ‘work’ to gain some new perspective. When the pandemic hit, I found myself having a little bit too much free time and thought it would be a fun distraction to work with friends and internet strangers on these projects. I wanted listeners to feel a sense of peace amongst all the stresses of 2020 and I wanted to help artists make a little bit of money while they perhaps weren’t able to in the usual ways. Because there was no physical release, the compilations came together relatively quickly and effortlessly. There were also some new online and ‘IRL’ connections made with people that I admire.

I’ve definitely felt more energised and inspired to continue working on the label. The direction going forward will continue to be bed and bedroom friendly. The next release might be coming out in a few months and is by Other Joe. I have enjoyed the process of working with him so much – he is as laid back, sweet and playful as his music might suggest. After that I’m not so sure, but there are a few ideas marinating which are exciting to me.

You’ve also been consistently churning out some incredible home listening sessions for your Best Effort Show on Skylab Radio over the past couple of years, tell us what kind of moods or energies you generally like to channel for the show, and what are some of the musical tangents it’s taken you off on lately?

Firstly, all my gratitude and love to Simon, Gus and Lauren for always letting me do my thing and for putting so much work into the station. I invite any fans of the station to support them if they are able to. I’ve personally found it to be such a treasure for an incredibly diverse range of music and I look forward to seeing what the future brings.

After doing a few ‘mixed-bag’ episodes at the outset of ‘The Best Effort Show’, it has become more focused in the last year or so. The music on the show still varies a lot, but I guess it’s most suitable for time spent alone, whatever that may look like. I’m sharing the music I listen to in my room when I relax, read, meditate or get ready for sleep and I invite the guests on the show to do the same. A lot of the music on the show is heavy on the emotions. Sometimes it can be interesting to focus in on those blue moods, rather than distracting oneself from them. For me, sitting with those feelings for a while can be quite a beautiful and positive experience.

Because there is such an overwhelming amount of this beautiful music out there, I sometimes quite enjoy creating little rules or obstructions for myself. The most recent episode of the show was made from selections from the Séance Centre shop in Canada. The next show will be comprised entirely of Melbourne sounds from the lovely people who have kept my ears company over the past 6 months. For the time being, dancing is off limits and this might lead to Australia’s more experimental music makers having a bit more time in the sun. As much as a big dance is welcomed, I think sitting on some grass listening to live sets will do just fine for now.

I recently saw the news that sadly Sydney’s iconic bar and underground music venue Freda’s will be closing its doors for the final time later this month. From the time I spent there myself it was certainly one of my favourite spots to come dance, hang out and listen to great music in Sydney, and I know you threw regular parties there over the years with guests from all around the globe. What are some of your favourite memories from those parties and others you attended, and what do you think you’ll miss the most about the venue once it’s gone?

It’s hard to express just how much Freda’s has meant to Sydney over the past 9 years. I had my first ever DJ gig there in maybe 2014, organised many events there and for about a year in 2016 had the opportunity to work with Dave on bookings. It quickly became clear how much love and struggle goes into running a venue like that in Sydney. It has been inspiring to see Dave fight for so long despite the odds being heavily stacked against them. Everyone was pleasantly surprised when he received one of Sydney’s first 4am licenses (outside of the casino) in 20 years. 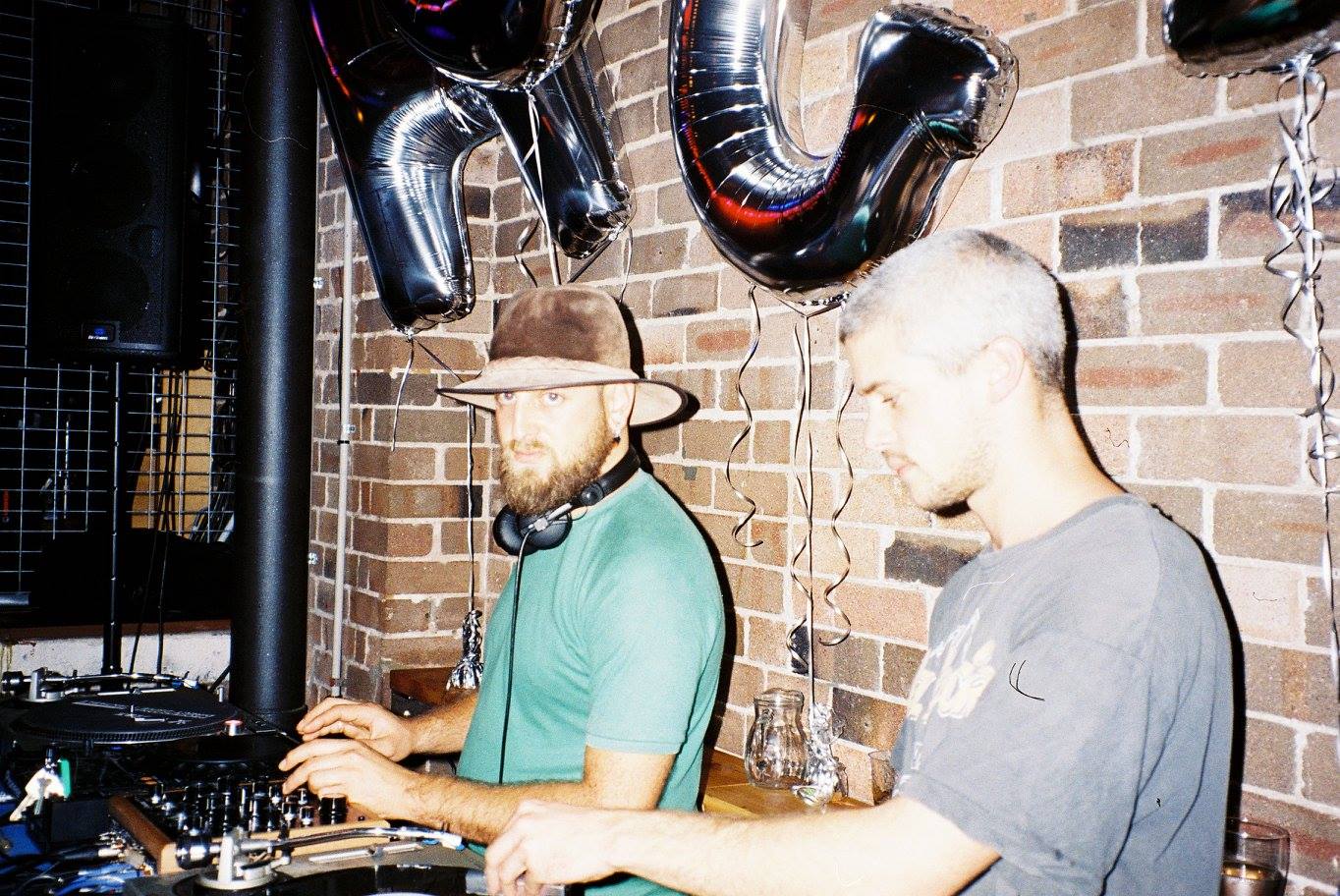 Freda’s has always been a hub for like-minded people in Sydney and I’ve made so many friends and lasting connections through that space. Though we were bound to meet at some point, I met Adi Toohey in the DJ booth there. We became buddies, then best friends and later started working with James on the Rimbombo parties and running a regular Rimbombo night called ‘Hypnoteque’ at Freda’s. There are amazing musical memories to share but at the end of the day all of those parties and all of that music was just a catalyst for the connections that were made between people.

Thank you Freda’s for all the music and memories. I look forward to the next chapter.

You’ve recorded another classic listening journey here for us, what can you tell us about the mix and some of the hidden gems in there (for there are many!)..

I’ve loved Drum & Bass music for a long and thought this would be a good chance to include it in a mix. My listening habits have chilled way out this year but I’ve still been really attracted to how D&B maintains so much energy while still being introspective and beautiful. This is evident on the dance floor too. I’ve seen younger and more energetic dancers jumping around to it at 160bpm while I stand off to the side, way past my bedtime, gently swaying to it at half time. I wanted this mix to capture that flexibility. Whether you’re feeling sexy or sad, fragile or fun you might find that this music helps you along.

Thank you Myles for inviting me on, it was a pleasure putting this music together for you and it’s a real honour to be featured among some of my favourite mixes ever. Also lots of love to anyone who takes the time to listen. May you all be safe, peaceful and happy.