After a couple of years of redefining his sound, Melbourne’s Cale Sexton is back with a debut LP on the way for Butter Sessions – the much loved local outlet that have released the majority of his works to date. With a new laid back approach to recording, the Melondrama LP works both in the club and among less hectic surrounds, full of airy guitars and tripped out tapey soundscapes adding some irresistibly creamy layers to his jams. After a few years of back and forth we’ve finally managed to commandeer one of Cale’s rare live recordings, this one which was taken at last year’s Hopkins Creek Festival but only recently discovered on tape with a little added help from the C.Kikos mastering studios. Jump in for an hour of moody analogue live jams with plenty of bite.

How’s things mate? What’s been keeping you busy of late?

Things are good, thank you! Lately I have been keeping busy in the studio finishing off new music, working on an all new live set and also procrastinating 🙂 Staying home, hanging out with my girlfriend and my dog. I just took a holiday in Japan which was also nice.

You just announced news of your debut album which is due to drop later this year on Butter Sessions (which will also be the label’s first LP release).. I know you’ve had a bit of a hiatus on the release front in recent times, tell us about how the LP came about and what direction your music has been heading in since those last releases back in 2016..

The LP came about as a suggestion from Maryos and Corey of Butter Sessions, we have studios in the same building. I share mine with Jon Watts who has also featured on MDC!

I was producing tracks in my studio then showing them to Jon, Corey and Maryos, saying what do you think of this and that.. I felt that they were not hitting the right places.

I was trying to make the music I wanted to create but kept trying to somehow make it relevant to a club setting or something like that, but it was really holding me back. I started to not enjoy going into the studio.

Corey and Maryos then suggested I “just relax and make a bunch of tracks for an album” suddenly I felt there was less pressure – free in a way, I guess I work better like that. 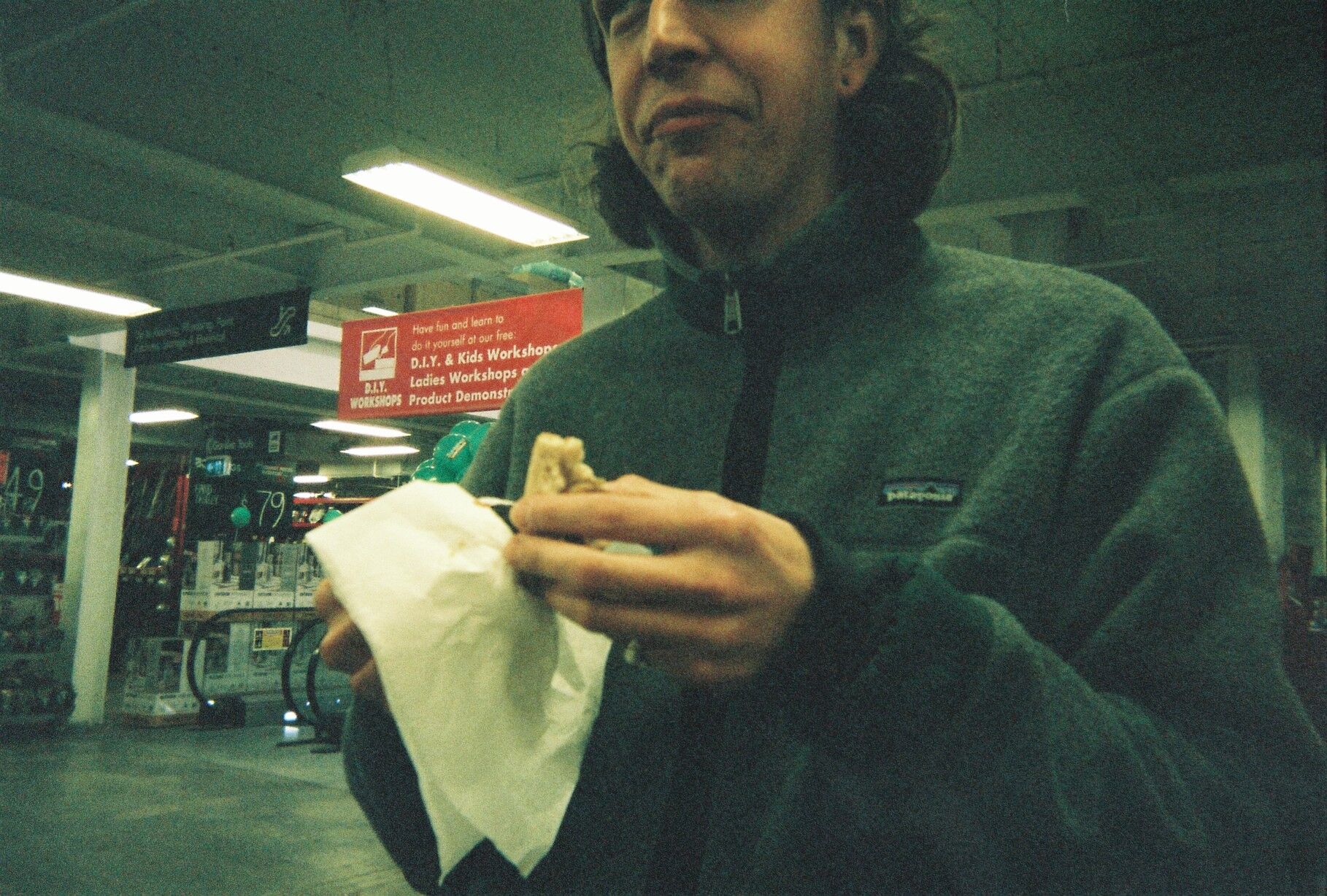 What can you tell us about this live set you recorded for us… what was the mood like at the time and what kind of setup were your working with?

The recording is from the Friday night at last year’s Hopkins Creek Festival. The festival site is an old crater which is pretty cool in theory seeing as its held in December and you would expect it to be nice and sunny. However it was a weekend of torrential rain with statewide severe weather warnings! Tatyoon was practically the only spot on the radar not getting hit with wild weather. The drive up was super scary and a lot of festival goers were sceptical about actually attending, this definitely created a great atmosphere for those there in the crowd!

Setup wise the mpc1000 was the brain for this set sequencing a nord rack, tr606 and a few fx.

Gear wise, how has your studio evolved over the years and what pieces are most essential to what you’re doing these days? I see you’ve been jamming a little with Sleep D’s Maryouss… what kind of influence have those guys had on how you go about recording and playing live?

I don’t feel like there is an essential piece of equipment for me, but if I had to choose one it would be samplers like the MPC. I am also a big fan of the Octatrack!

Sleep D have been a big influence on how I compose, when I first met them I didn’t put much thought into tracks, they were more like sketches. These days I definitely sit and think about the arrangement a bit further. I’m still a fan of the earlier technique but perhaps it’s good to delve a little deeper..

I feel like I am more creating “songs” these days. I’m not sure.

I see you’re playing alongside the Butter Sessions gang on their stage at Freedom Time this weekend, what do you have planned for that one?

Bits of the album and some new stuff from the past weeks of preparation. I’m very excited to be sharing this stage and playing Freedom Time. It’s going to be a vibe for sure!