Two years after his last contribution, the now kinda legendary live recording from Inner Varnika 2015, recorded under his recently retired Dan White alias (RIP), Rory McPike follows up with a beachside listening affair full of unreleased Rings Around Saturn digi dub experiments. With 2017 already his largest year to date, releasing a fantastic limited edition 10″ for the Firecracker sublabel Unthank, and currently preparing his MPC for the almighty task of playing live to a full Meredith supernatural amphitheatre in just over two weeks time, Rory ventures out of the club for a moment to chat and soundtrack the beginning of the warmer months in his notoriously dubbed out style.

Hey Rory, how’s things mate? I know you played a live set as 2200 in support of Container on the weekend..how did that show go, and how would you describe your live set and studio output when working as 2200?

Very well thank you. Yep sure did, the show was great fun. Container is one of the best live acts in the industry imo, was a pleasure to be on support and it was a great fun night, all the supports were solid. The 2200 project is separated by a different creative process and aesthetic choices to some of the other aliases. I like to heavily limit the amount of gear I use and I like to try push the gear into doing new things I’ve not tried before with 2200, I go over the top sampling and like to run a lot of elements in the red or hot. It’s heavily inspired by experimental and industrial acts and also drum and bass style re-sampling plus heavy sampling in general. Container is probably one of the big inspirations as are producers like Optical, Dillinja in the late 90s, Broadcast, Shackleton and a lot of Krautrock or upbeat rhythm heavy music.

It seems as though 2017 has already been a pretty solid one for you, with your Rings Around Saturn release on Unthank perhaps your biggest to date. Tell us a bit about that release.. with its incredible artwork, additional 7” and even its own merchandise run, did you feel like that one was even more special than your previous records?

It still feels weird to say I had a record come out on Unthank, it’s one of my favourite labels in techno and its a label I’ve looked up to and admired since I have been interested in techno, I can hardly think of bigger labels I dream of working with. The EP is a collection of songs made over about a 12 month period, mainly over 2016. Sound wise it covers a bit of ground as I was making some big steps in improving as a producer and trying to learn about new techniques in my productions, it was the first time I’d played guitar in years pretty much but it got me back into playing pretty heavily. Yeah the artwork is very special, I think it will be nearly impossible to top. I love working with labels who go the extra mile with artwork, the visual element is very important with music. I’ll be forever grateful to Firecracker/Unthank for the opportunity and amazing piece of art, the limited edition versions are something else. 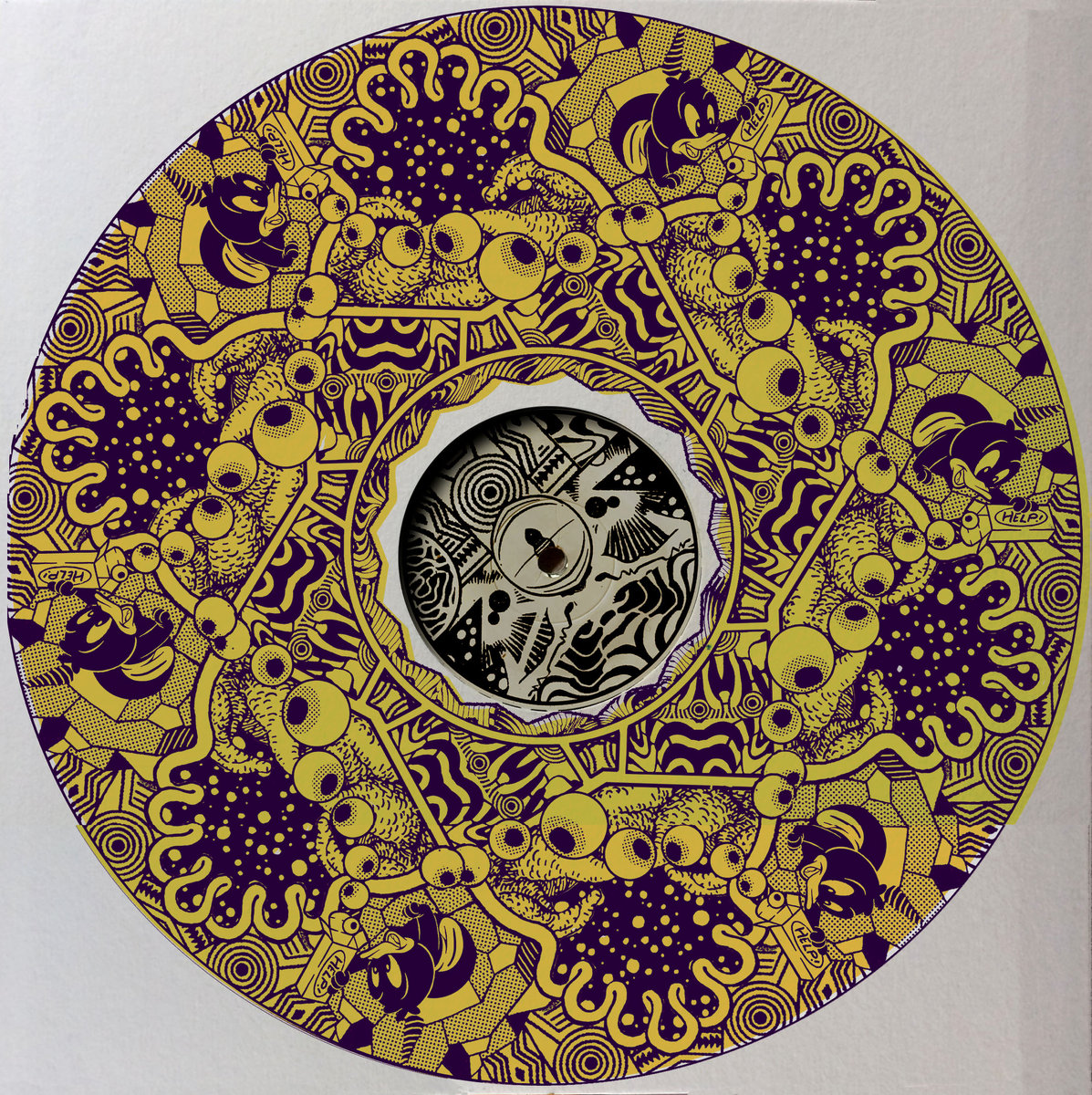 You’re known for spending most, if not every day, holed up in the studio surrounded by your collection of old machines. What have been some recently acquired bits of gear that have brought you the most joy, or at least some weird and wonderful sounds you didn’t know they were capable of..

Funnily I’ve been cutting back some of the studio for practicality sake, the past year I’ve slowly sold off almost all of my analog synths and drum machines for some freaky digital equipment. I bought a Casio CZ-101 which is a phase modulation synth, it’s odd but it’s killer for weird lead or bass patches and evolving pads. I also decided to reach into the modern age a bit more and have fallen in love with the Teenage Engineering OP-1 which is a tiny synth, sampler and drum machine. It has about 8 different types of digital synthesis and it has some odd sequencers and a 4 track recorder alongside many more features. Perfect for getting ideas down and going weird with sound design which is something I’ve been getting into a lot more but still the foundation of all my music is working with samplers, they’re my favourite instrument.

I much prefer the sound of wavetable or FM bass over anything analog, the analog hype in the industry is crap imo. Most of these manufacturers who are coming out with these shitty little synths with limited capabilities are frustrating as a consumer, the retro fetish and remakes totally have a place with casual users and hobbyists but it would be nice for them to get back some kind of innovation that got these companies their reputations in the first place.. It’s nice to see the modular industry stepping in the right direction at least.

I know you’ve also been working with Ryan aka Midnight Tenderness on your Turner Street Sound collaboration, tell us about that little project and how it all came about, and what’s coming up next for you guys?

Yeah Midnight Tendercrisp and I have a shared love of a lot of 90s music and 90s studio equipment. He has played a huge part in recommending music to me and helping me get started in the direction my music has taken, he’s one of the best DJs in town, criminally underrated I think and he’s got a passion for music that is infectious. The 90s were a time of innovation and I think we both believe the sound of records from the 90s eclipses a lot of modern music and there is still a lot to learn from in what a lot of these producers were doing with such limited equipment. So we try to make tracks that are a bit of a throwback to some classic sounds from the period and give it a bit of our own twist. We had a song come out on the Domestic Documents Volume 1 comp on BSR / NIMH and we have a follow up solo 12″ due on Butter Sessions in early 2018. More info on that very soon and we are getting started on a follow up, should be a big summer.

You approached us with a pretty specific idea for this mix… what can you tell us about it and what are some of the tracks in there you would like to mention?

Somewhat related to the last question, in my own time I make a lot of bass music like digi dub, dubstep, garage, dub techno and jungle, a lot of it doesn’t see the light of day besides DJ sets or occasionally live sets because most of it is just for fun. I thought it’d be a good excuse to put together a dub inspired mix with all original music. Inside there is two remixes from this year, one Turner Street Sound forthcoming track and the rest of the songs i’ve made over the past few years. If I’m bored I’ll sometimes just make a little digi dub track as almost a practice, I like to avoid days where I do nothing and if I can’t be bothered getting too deep it’s a fun practice to do something that’s productive. So the mix has a few tracks I put together for fun and a couple other bits may come out at some point, covers a few bpm’s and will hopefully be a good one to enjoy with the devils lettuce or a drink in the sun. 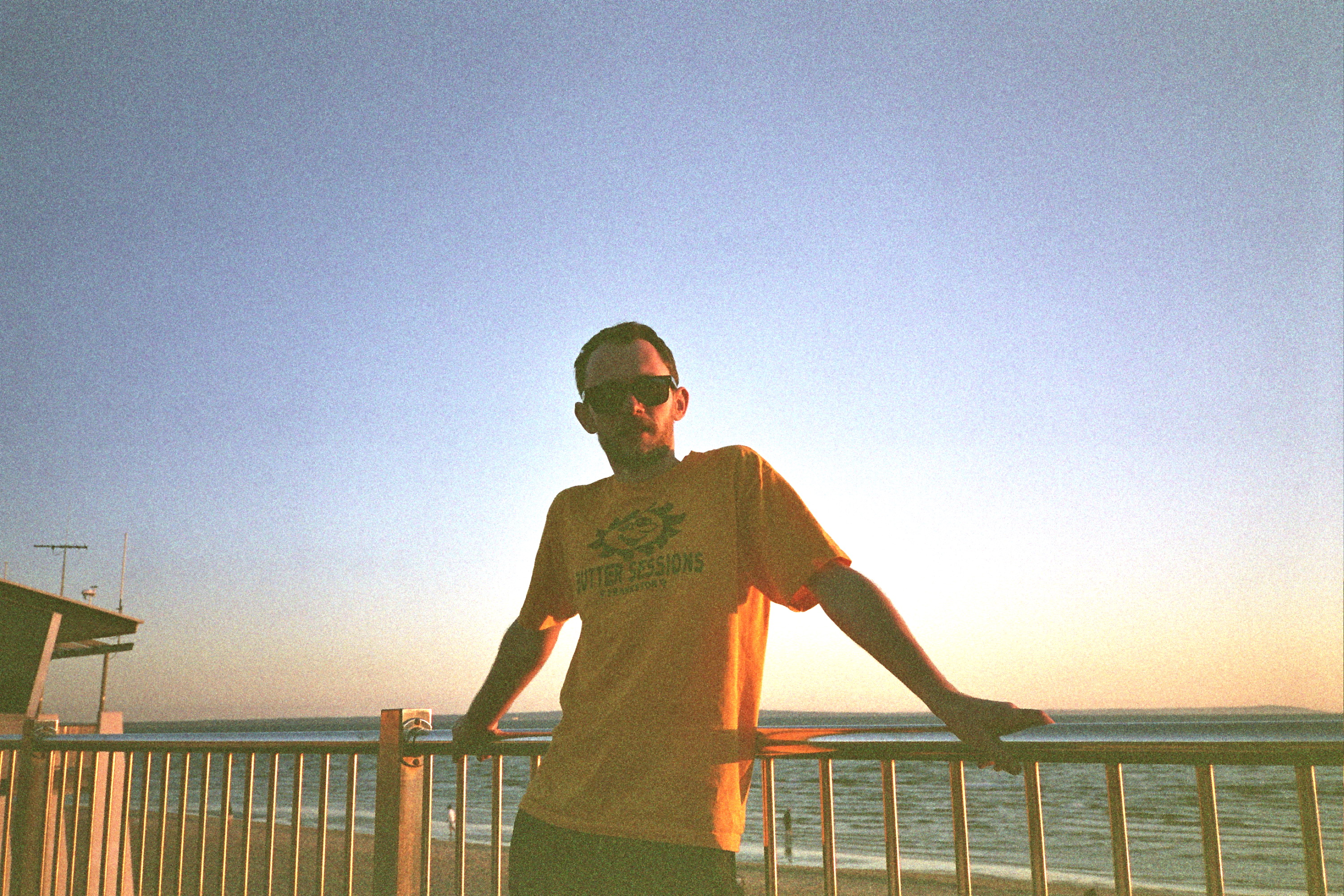 You’re playing live as Rings Around Saturn at the incredible Meredith Music Festival next month, tell us what we may be able to expect from that, and what else you have coming up to round out the year?

Yeah fairly surreal thing to be invited to play, great lineup this year. Got an hour of power in the works for the opening night, I’ll cover a few tempos and genres, I’ll hopefully test the bass bins out on the big festival sound system with a few new tracks, I cannot wait.

I’ve got a tape/digital EP coming out on Couch Acid Recordings in December under the alias Bleekman, 5 tracks of acid and techno. I’ve got a lot of music in the works, some collaborative music that is a step away from the club stuff, some other music that is with more live instruments and I’m sitting on a lot of club tracks which I’ll hopefully find the right home for soon. Next year I’m planning to start a web label to release some of the older music I’m sitting on that probably isn’t worth putting out physically, it will be a place for all kinds of digital content, not just music.