To celebrate an extraordinary year of music released in 2013, both in our home city and around the world, Melbourne Deepcast curators Andy Hart and Myles Mac have gone back through their record bags to select and reflect on their stand out records for the year. We hope you enjoy this special mix full of the music that moved us the most in 2013..

This year has been amazing for the Box Aus Holz guys, having now released seven records (with number eight on it’s way soon). It was Max from BAH who got me onto Melodiesinfonie, a german beat maker with a catalogue full of beautifully lush hip hop and instrumental works. This is one of the more hip hop centred tracks, which came out on the sixth BAH release.
/ Andy Hart

I came across Shigeto in the car one day listening to a local radio station PBS. His album dropped on Ghostly International earlier this year and it’s one of the strongest releases I bought in 2013. I was hard pressed to find a favourite but the keys and B part in this track really make it stand out.
/ A.H

What can you say really. A new Theo record, proving he has still ruddy got it.
/ A.H

Andras Fox has had an incredible year with an EP on Michael Ozone’s Home Loan Records in addition to his LP with Oscar S. Thorn for Dopeness Galore alongside a string of live shows throughout the year. He’s a local Melbourne Chollo with a spectacular record collection and a love for analogue signal paths. If you haven’t heard of him, check him out!
/ A.H

Hiatus Kaiyote are a Melbourne based band who have been nominated for a Grammy. I’ve had a chance to see them play a few times over the past 12 months and i can confidently say they are one of the best bands I’ve ever seen live.
/ A.H

This upcoming release on Berlin’s Odd Socks imprint sees our old mate Max Graef remixing possibly my two favourite artists of 2013: Glenn Astro & IMrYMiND. They also had an outstanding release on Outernational earlier in the year which you should listen to now as well. Right now.
/ A.H

Mike Kay aka Harvey Sutherland is easily one of the best emerging talents our city has produced in the last few years. His live sets operate on another level and the quality of music he has been putting out is world class. Originally a limited release on his own label, Low Altitude got picked up and rereleased on P.P.U and we’re all grateful for it.
/ A.H

Speaking of Outernational, Melbourne’s favourite carpenter and all round bawse M5K released his first solo EP with them in 2013. The title track ‘Sky Road’ first saw the light of day in his Deepcast mix earlier in the year and it’s dope to see it get a proper release on an equally as dope label.
/ A.H

Max Graef – As If / Melbourne Deepcast

It could probably be said that 2013 was the year of the Greaf, however his debut album drops on Tartelet next year so we’ll save it for then. The German boy wonder aka Max Graef has had an incredible year and I’m very humbled to have been able to release his debut solo EP on MDC with Myles.
/ A.H

Local hero Fantastic Man released two incredibly solid EPs this year, and continues to impress us with his wizardry in the studio. ‘Heartbreaker’ which saw a release on the New York label Let’s Play House is the ultimate in late night weaponry, and the perfect follow up to his hit It’s Essential EP of last year for the label.
/ A.H

I have been playing this at nearly every gig this year and it simply works. Omar S is the shit baby.
/ A.H

Another track I’ve played at nearly every gig and I think I’m not alone when I say this release on R&S was one of the best this year, alongside Space Dimension Controller’s album Welcome To Mikrosector-50 which should probably get a mention as well.
/ A.H

Damiano von Erckert is one of the most unique artists that I came across this year. His hugely well received album Love Based Music on his own ava. label out of Cologne proved he’s got quite a number of tricks up his sleeve. This broken beat gem was one of the many picks on that record for me – one of the best albums of 2013.
/ Myles Mac

Atalanta’s Moon B is a self confessed gear nut making ‘futuristic’ music on a bunch of hardware from the 80s, and it’s sounding phenomenal. His tape hissy cuts aren’t usually granted names of their own, but that doesn’t matter – this one was the third untitled track on his incredible Entropic Feelings EP released on the new Going Good imprint out of London. Raw shit!
/ M.M

Sleep D are two of the best producers in Melbourne at the moment, and their new Butter Sessions label was responsible for this absolute stomper last month. Complete with funky guitar licks and a peak time break down, this was one of the most banging records of the year for me.
/ M.M

It’s not often a remix not only matches the original in the quality stakes, but completely blows it out of the water. Vakula is not just your average producer though, I would say he’s up there with Floating Points as one of the most forward thinking producers of our generation, and this remix effort for Trus’me on his Trus’me Remixed triple pack was insane. The ferocious acid build and the beat that follows are simply not of this earth.
/ M.M

They may not be from Coober Pedy, or in a university band, but the ‘krautback’ inspired sounds on Lewie Day and Tom Moore’s debut EP were a huge highlight of the year for me. With the addition of local mate Chet Faker providing a stirring vocal track, Moon Plain packs some serious outback punch. Here’s hoping a follow up isn’t too far away for the CPUB.
/ M.M

Much has been made about the L.I.E.S. imprint this year, and just like last year they released an insane amount of records of which some were very good, some way too indulgent for their own good, and some simply outstanding. Terekke’s Yyyyyyyyyy EP fit the latter description, and was my pick of the five or so L.I.E.S. records I purchased this year. ‘Amaze’ is a dubbed out masterpiece for the ultimate in beanbag listening.
/ M.M

Anthony Naples was by far my favourite producer of 2013. I struggled to only include one of his records in this mix, but this effort on the white label he released on Rubadub was the one that resonated with me the most.
/ M.M

German newcomer Florian Kupfer’s debut EP for L.I.E.S. was another one of those absolute must haves this year. This one hasn’t left the bag since I picked it up. The heart warming vocals and chords of ‘Feelin’, combined with a relentlessly hissing drum track typical to the label provide the perfect combination of grit and soul.
/ M.M

The Voyeurhythm label, founded by three Australians (all of whom now live abroad) has been responsible for some amazing music in recent times, none more so than Elliott Thomas’s Sirius EP. The B side ‘Desert Light’ is just the most lovely piece of analogue house that you’re ever likely to hear. This timeless track really is something special, and works for me on so many levels. My favourite release on the label to date!
/ M.M

The French house wizard made the third edition to his Imbroglios series of EPs a typically wonky listening affair. Although not the most DJ friendly of his catalogue – coming in at 3 and half minutes – the moody ‘Men Vs Dust’ proves why Pépé is still in a league of his own, and isn’t about to conform any time soon.
/ M.M

Jordan Czamanski (aka one half of Juju & Jordash) wowed us all with his first solo EP on his new label Off Minor Recordings this year. ‘Crybaby J’ is a modern masterpiece, and one of the saddest bits of electronic music I have heard in a very long time, with Jordan managing to squeeze a human-like cry from the lead synth which is quite incredible to hear.
/ M.M 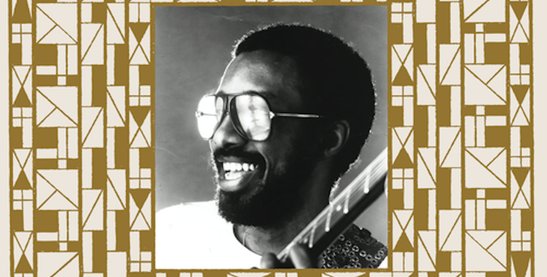 The Canadian Invisible City Editions guys have totally killed it this year. Their ability to not only find, but licence some of the rarest and most forgotten disco gems is quite astounding. It’s little surprise that both re-issues they served us this year were instant hits for DJs and collectors. Just like Stephen Encinas’ ‘Disco Illusion’, Michael Boothman’s 11 minute long ‘What You Won’t Do For Love’ hits all the right spots for me, a flawless disco cover of an equally perfect original by Bobby Caldwell. Props to Andras Fox for getting me onto this insanely cool label.
/ M.M

Speaking of Andras Fox, what an incredible year he has had! It couldn’t have happened to a better guy either. He makes music from the heart and with the help of the sublime voice of Oscar S. Thorn, this track for me was the highlight of his debut LP Embassy Cafe on Dopeness Galore. Word has it there is a follow up record in the works from these guys which I can’t wait to hear!
/ M.M