The P&D label head and long time dublab host soundtracks a morning run through the mountains.

Presenting the next mind trip from Californian mountain dweller turned Berlin studio inhabitant Parker aka P Relief. The long time DJ’s deejay, dublab LA host and all round chill dude has turned things up in the last couple of years, partnering with old friend Diego Herrera to bring their new label P&D Records to the fore, a no-frills home for their relaxed house jams and heavenly ambient takes. With the third release on the label offering Parker’s debut solo EP; an impressive otherworldly set of deeply meditative movers, we can’t wait to hear what’s next from the man known as P. For now though we find ourselves cruising somewhere between the mountains of Southern California and forests of Berlin with Parker as our trusty guide.

Hey Parker, what’s going on man? From what I can gather you’ve been busy in family mode over in Berlin, how long ago did you make the move over from LA? Tell us about all that and how the transition has been so far..

Yo! Yes, indeed, I’ve been busy hanging with my son these past months but he’s just started daycare which has been huge for all of us — he’s stoked to hang with other kiddos and I’m starting to be productive in the studio. We moved here in September and it’s been really wonderful. Berlin has a lot to offer a young family and we are lucky to have great friends here. Although there have been some major lifestyle adjustments (we previously lived in a standalone house at the base of a mountain range in Southern California, drove everywhere, shopped at grocery stores that play music and stock real salt and vinegar chips, lived near family) overall it’s been a very positive change.

Your humorously named monthly dublab radio show Kinda has been a great source of new music for us over the last few years.. What can you tell us about the idea behind the show, and are you still managing to turn in a monthly after making the move abroad?

The show has always been a way for me to share tunes that I’m really into, regardless of genre. I have to thank dublab for its enduring love and support in that respect, they’ve always just let me do my thing. It’s funny you’d ask about continuing my show abroad because I just got an email from them about it. I’d love to keep Kinda going! Hopefully it happens in the near future. 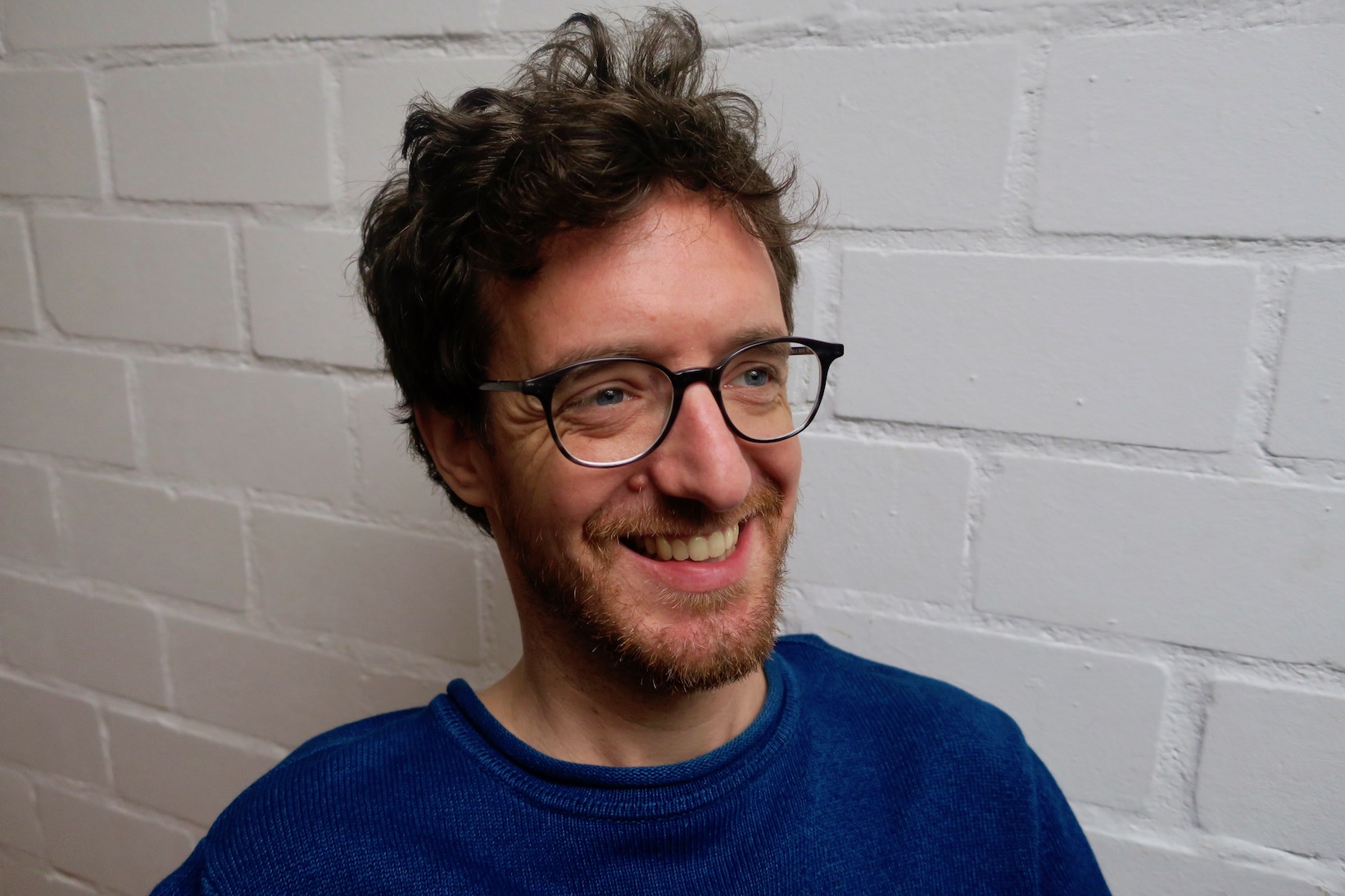 Since teaming up with Diego (aka Suzanne Kraft aka ‘D’) to start your label P&D Records, you’ve been slowly developing a lovely unique sound of your own, with Diego describing your latest solo EP on the label “a great insight into his turbo-brain that I think perfectly illustrates his mellow and hectic sides”. Tell us about how the label came about, and how it’s helped you to forge your own path as a producer?

We decided to start the label as a way to share a creative project (we only release our own music and Diego does all the design) once he moved abroad. We’d done a lot together when we both lived in LA and wanted to maintain that relationship.

I think self-releasing music has been great for my creative process because it’s forced me to really stand behind my output. When everything is on you — creating material, coordinating the production — you really have to believe your work is something valuable. Not that releasing on other peoples’ labels is inherently less respectable by any means (it’s something I’d like to do), it’s just that when you foot the bill and answer all the emails, you can easily question if it’s a worthwhile endeavour. That said, I’ve found putting out my own music incredibly worthwhile.

What do you guys have planned for the label going forward? Any upcoming releases you can tell us about?

At the moment we have no releases planned. There are a couple things we made in Amsterdam last year that I’d like to see come out (the last song in the mix is one of them). I’ve been making (for me) quite a lot of music over the past couple months and Diego is the kind of guy that just makes tracks all the time, so there should be some nice options to pick from. We’ve both been busy with other things recently and we’ll have to chat soon and hash out the particulars.

What can you tell us about this mix you’ve recorded for us? Any special tracks in there you want to shout out?

I usually make mixes that I can run to. I find a lot of similarities between running and dancing (a run and a party have much the same trajectories, in my opinion) and I usually check a mix on a jog before sharing with anyone else. 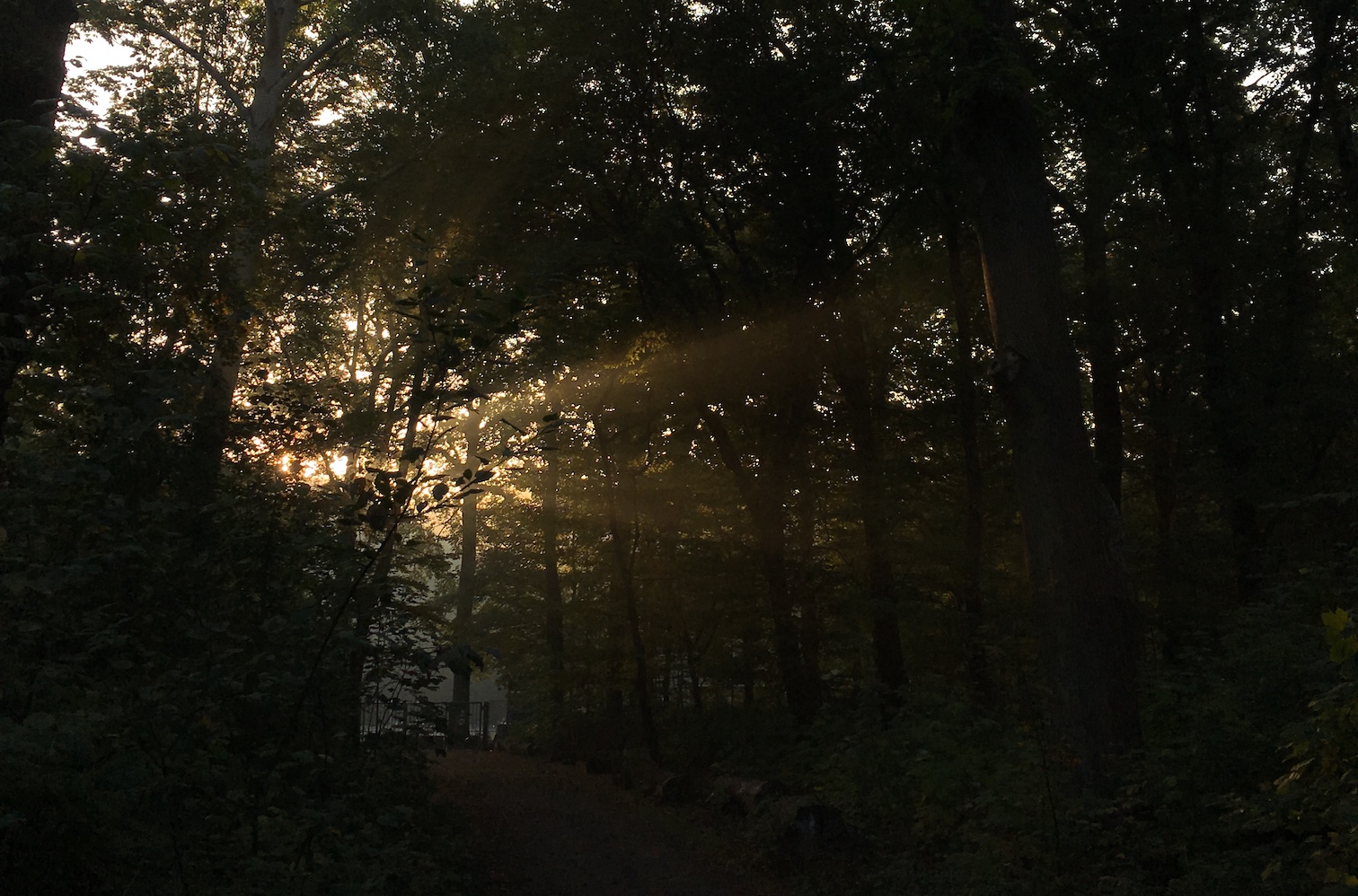 Taken on a run through Treptower Park, Berlin.

As far as the music itself is concerned, there are a couple things from me in there, as well as the track Diego and I made that I mentioned before. Plus some new/forthcoming bits from friends — hello Telephones, Pavillion and DJ Pollen! I also included tracks from Perko, upsammy, Bruce and SVN. Just things I’ve been into, really. I tend to play rhythm-heavy stuff and I think there’s a bit of that here.

Just trying to stay productive. I’d like to put out more music soon, both on P&D and maybe also with a different label, just to switch things up a little bit. I’d also love to play more parties soon, party people drop a line if you feel so inclined. Beyond that, training for a race I’m doing in the Dolomites in June, enjoying the longer days and spending time with friends and family.