Soaring electro heat from the Berlin based Aussie.

A Perth native who has spent the last few years honing his craft in Berlin, Ed Treleaven is quickly becoming known for delivering high-octane spacey electro and acid in the form of his own unflinching output for the Brooklyn based E-Missions imprint, for dancefloors alongside the frenetic likes of DJ Stingray and Djrum, or at Berlin techno institutions like Tresor where he’s becoming a welcome regular addition. No stranger to the rave, his work throwing warehouse parties with the Polyrhythmic crew back in Perth and more recently alongside Claire Morgan under the Öniverse banner in Berlin have inspired a pace driven approach that once again shines through in the mix here, combining supersonic electro and broken rhythms alongside some forthcoming heaters of his own.

Hey Ed, how’s things mate? What have you been up to?

Hey Myles, I’ve been good man, things have been pretty busy as of late. Just got through my visa renewal process here in Berlin and I’m having a nice creative run in the studio. My current setup is shared with a few mates and it’s pretty nice place to write music with lots of fun machines to play around on!

Your debut EP under the Tred name came via the Brooklyn based E-Missions label just this February, but you were actively involved in the scene in your hometown Perth, DJing and throwing warehouse raves before making the move to Berlin.. What can you tell us about your journey to date, have you always been drawn to faster electronic music?

Where to begin. I started throwing raves in Perth with my best mate Gabe after my first long stint living abroad, the idea being to find unused spaces and throw parties in them with the biggest sound systems we could afford… We did this under the moniker of Polyrhythmic and it’s been a pretty focused approach more or less, hosting artists that bring a certain intensity to the dancefloor. These parties along with a few others helped shape what I’m about now.

Playing at faster bpm’s wasn’t so much of a conscious thought at first as more of a way to fit in the music I was digging at the time. I guess it’s become more of a thing as I zero in on what I want to be known for in my productions and DJ sets. A long time before all of this growing up in Perth I was listening to a lot of trance so I guess in a way I’ve come full circle with the speed in which I enjoy music haha.. 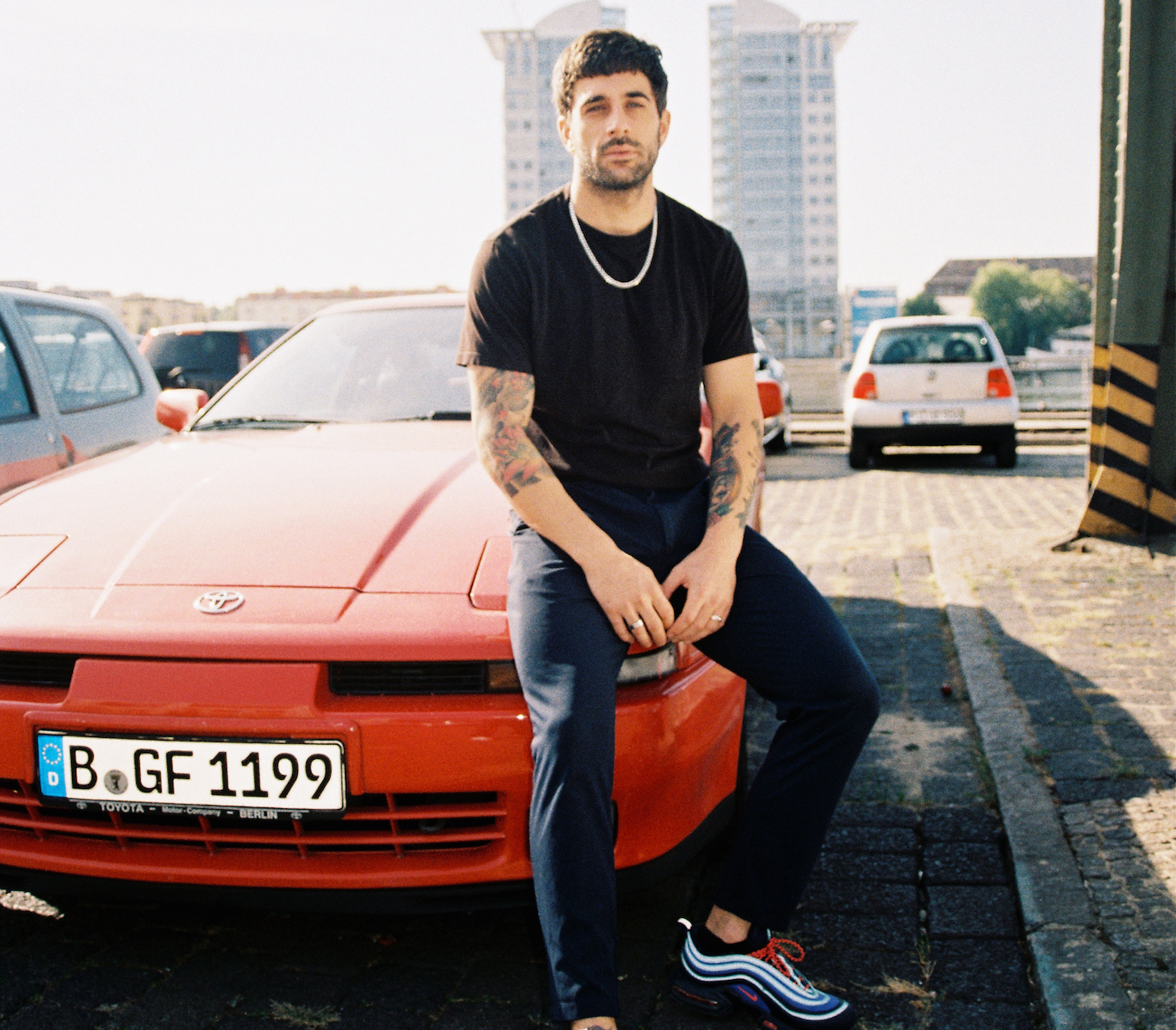 I know since moving to Berlin you’ve been involved in some parties under the Öniverse banner, hosting the likes of DJ Stingray, Djrum and Pariah.. how did those come about and what have been some of your favourite memories to date?

Claire Morgan and I started this project last year, it initially started as open air parties on the Spree with 80kW of Funktion-One. It was a good excuse to book a few artists that we loved and from there the first party with Djrum and Pariah came together pretty quickly. We went on to collaborate with System.out Sound (the owners of the Funktion-One rig) and we now throw annual May 1 charity raves together as Circuit /|\ Breaker. I think having the opportunity to work with people I care about is probably the nicest memory so far, but the taco shop mayday rave and playing after Stingray also come to mind as memorable moments. 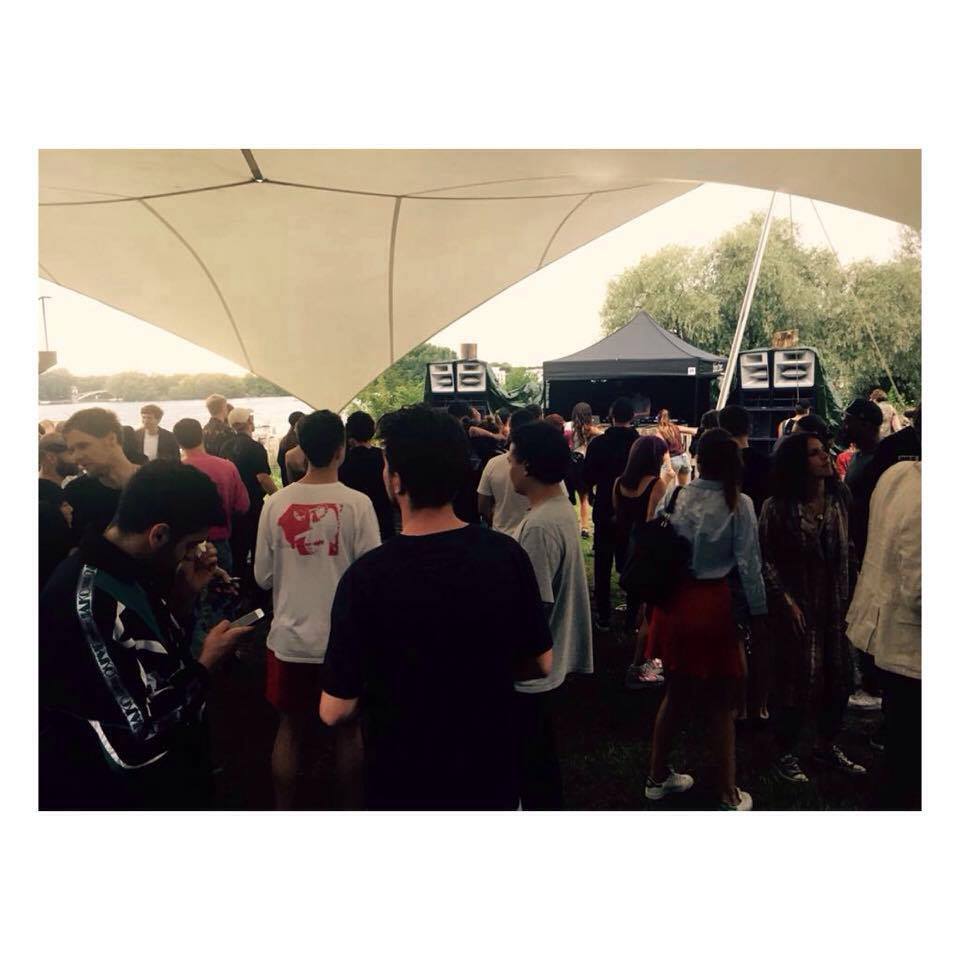 Continuing with the Aussie connection, I see you’ve got a record slated for Kato’s Doe Dee label back in Sydney. What can you tell us about that one? How did it come about?

Kato and I have been good friends for ages and I’ve played at his parties in Sydney as well as some b2b things with him. Late last year I sent him a few tracks which I had been sitting on for quite a while and was a bit lost as to what to do with them. He picked them up straight away and from there we hit up Privacy and Jensen Interceptor to give them a going over. These tracks were some of the first things I wrote so it’s super nice to have them see the light of day along with such strong remixes.

What can you tell us about this mix? Any special tracks in there you would like to mention?

I’ve been going through a pretty intense period of self reflection recently and made this recording right in the centre of it all. I wanted the music in this mix to illustrate an important and emotional time in my life. I spent about a week programming the tracks and an afternoon recording it. Lots of personal favourites in the mix from record gifts to forgotten gems with a few upcoming tracks from myself.

I know you’ve got some other records coming out soon, what can you tell us about those, and what else is coming up to round out the year?

My next EP for E-Missions is getting finalised as I write this and will hopefully be out in the next few months. Few other records in the pipeline but will keep the lid on these until they are a bit further along. Will be aiming to get as much studio time in before I head back to Perth for a few months around November to see my family and play some gigs around Australia, starting with Planet X on November 24.