The Lot Radio resident blends uptempo rhythms from around the world.

Time for a dose of much needed dance floor positivity from the eclectic mind of NYC native, now Berlin based DJ Gabrielle Kwarteng! Born in Brooklyn and raised in the Bronx, Gabrielle’s unique musical appreciations stem from a early diet of Ghanaian highlife and Nigerian Afrobeat cassettes, alongside the American disco, funk and jazz her Ghanaian parents had on heavy rotation at home.

With her infectious palette of sounds on full display, here Gabrielle takes us on a ‘semi-post quarantine’ journey full of dance music nostalgia for the soul, finding solace in uptempo rhythms to spread positive vibes to those in need!

I know you’re someone who has a genuine appreciation for the cultural origins of the music you play, recently taking a deep dive across multiple decades and sub-genres around the world to pay homage to the Chicago house sound. Tell us what you most enjoyed about that process, and what inspired that particular mix?

I often say that I travel vicariously through my records, and not only across several continents and cultures, but also over various decades — my Chicago Calling mix was no exception from this selection process. History has been one of my favorite subjects since my adolescence and I’ve subconsciously approached music through this lens — often interested in discovering not only the popular genres in a certain region during a certain decade, but exploring the obscure ones as well. This is why you’ll find an 80s Brazilian house track, a 90s house edit of a classic New Zealand hip hop song, and several NY house records all in the same 75 minute mix.

Originally from New York City, the incredible dance music legacy of your hometown has clearly had a big influence on both your sound and approach to sets as well, regularly listing NYC house and disco classics from the Paradise Garage / Loft era as staples of your sets. What is it about the music from that magical time period that speaks to you the most?

I grew up listening to disco, funk, and soul on my parents’ cassette collection, as well as on the radio and Soul Train reruns. The genres have been a part of my identity long before I had even recognized this, and it was emphasized once I began collecting vinyl years later, and constantly found myself gravitating towards the disco and house crates. There’s this great sense of freedom that I find within house and disco records that can also be attributed as a sign of the times. Once discotheques and clubs were on the rise in the 70s and 80s, they served as safe havens to many marginalized communities. Fifty years later, this liberty is still evoked in many of my favorite records, which I carry with me behind the DJ booth and on the dance floor. 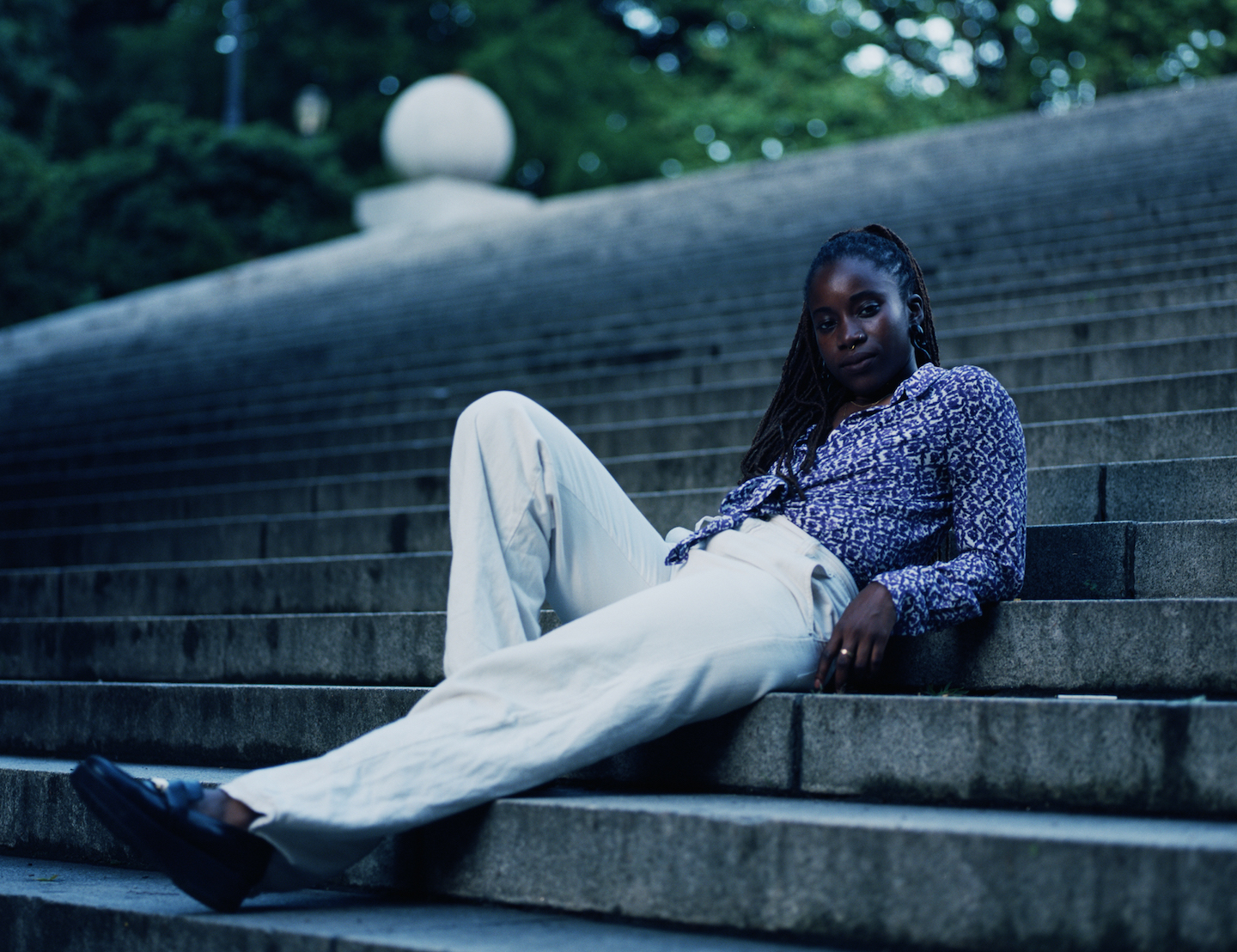 You’ve been a resident on The Lot Radio in Brooklyn for a few years now, playing all kinds of eclectic finds spanning across multiple decades and continents. Tell us what you enjoy most about presenting that show, and what are some recent finds from distant ends of the globe that you’re particularly excited about?

It’s really great to have a platform where I can publicly explore any particular sound that I may have been listening to in the privacy of my home. If I’m in the mood to play Ethiopian jazz, Ghanaian highlife, zouk, Japanese house, and shift between different BPMs in the same two-hour segment, I have that creative liberty to do so and with an audience that’s always down to be a part of every strange twist and turn that I’ll take on that ride.

I recently discovered Tanya St Val, a zouk artist from Guadeloupe who I’ve had on repeat throughout quarantine. Her incredible voice and melodic beats instantly place me in the lightest mood whenever I listen to her tracks. I’ve also been jamming to a ton of 90s South African artists, and have two that are on heavy rotation: Doctor House and Dennis Mpale. Doctor House’s sole LP ‘Mix To Groove’ is an amazing dance record that captures a wonderful blend of kwaito as well as American house influences, as heard on Show Me Luv — which samples Robin S’s 1990 classic Show Me Love. Dennis Mpale’s ‘Paying My Bills’ album has a really unique blend of jazz and kwaito that I find really fresh. Another album that I’ve had on repeat these days is The Colours That Rise’s latest jazz/deep house album ‘Grey Doubt’ that’ll definitely place you in a chill, meditative state.

What can you tell us about the mix you’ve recorded for us? Any special tracks in there you would like to mention?

Since the global racial uprisings began in late May following Gerorge Floyd’s murder, I didn’t initially find myself in the capacity to record upbeat, dance mixes. But in the last couple of weeks, I’ve found solace in spinning uptempo tracks again. I captured this energy and emotion in this mix, which again spans across several genres, with a core dance element that leaves me yearning for the club scene even more.

Every single track is worth receiving a shout out, including some lesser-known songs from two of my favorite legends, Prince and Janet Jackson. But there’s one track that I discovered on Bandcamp a few months ago in quarantine that resonates so much with me and I also find highly relevant during these times: Shamos – Untitled (Stomp & Words Mix) feat. Tashia B. There’s a spoken word element being recited over a banging techno beat, which you’ll hear in the latter half of the mix. Definitely one of my favorite musical discoveries in 2020.

I see things are slowly starting to open back up in New York now, do you have any sets coming up or places online where people can catch you next?

New York is slowly opening up, but clubs have remained closed for the foreseeable future. Fortunately, there are platforms like the Lot Radio that are still going strong during this time and where you can find my monthly remote shows. I’ll also be returning to Berlin this summer, where I’ve been based since last year, and am hoping, like most people I know, that events will (safely) pick back up by autumn — I guess we’ll have to wait and see. Until then, I’ll be recording mixes at home for anyone who wants to listen and dance.