Three hours of house from the Smoke Machine co-founder.

In some truly safe hands this week with one of Asia’s finest operators treating us to three hours of intergalactic house! Gregory Huang aka diskonnected is one of the pioneers behind Taipei’s Smoke Machine – the long running techno podcast and party series that started 10 years ago as a semi regular run of “chaotic” DIY parties around the city, and has since gone on to become the epitome of high quality techno with a cult following around the world.

With their events evolving from DIY spaces to established clubs around Taipei, Gregory and the Smoke Machine collective then launched Organik in 2012 – an annual weekend-long outdoor festival that takes place by a scenic beach resort along Taiwan’s east coast, consistently featuring some of the world’s best ambient techno lineups in a setting so pristine it almost doesn’t seem real.

More recently the collective have launched their own Smoke Machine record label – a fitting ode to Organik and some of its magical moments with artists like Dorisburg, Valentino Mora, Agonis and Blind Observatory featuring so far across two split twelves, while also launching Spectrum Formosus in 2017 – an equally picturesque annual music and arts festival dedicated to celebrating LGBTQ+ culture alongside Taiwanese traditions and local gastronomy in the mountains of Taipei.

We caught up with Gregory for some rare insight into all the happenings over at Smoke Machine HQ, and he’s shared with us a brilliant mix of spacey house with plenty of all-time-classics thrown in, recorded live at Safe Room in Bangkok last year.

Hey Gregory, how are you mate? How have you been spending your time during the quarantine? Are restrictions starting to ease over there now?

Hello Myles, I’m doing great, thanks. We’ve been fortunate here in Taiwan and pretty much in a unique situation. There is no need for isolation, and usual daily activities and work take place like before. The one thing that has been banned is larger gatherings. Therefore, clubs have been closed for a while, but later this month, even those will reopen again. We have been fortunate with the government’s approach and the low number of domestic cases, which has enabled us to go on with only a limited impact.

You’ve played a big role in sculpting the sound of both the Smoke Machine podcast, label and events while organising the much loved Organik Festival since 2012, tell us how the techno scene in Taipei has evolved since you started Smoke Machine 10 years ago, and who else along with yourself has played a major part in pushing the scene forward?

It was not until the end of that decade that the electronic music scene recovered somewhat, with smaller DIY focused parties. It was often, at random locations, with a strong focus on local acts. Around the same time, I started getting into electronic music, and together with Smoke Machine members, we threw the first parties about every 2 months at various places. Much of this remains unstructured, chaotic even, but with the opening of Korner – now-defunct – we finally found a base, and place, where we could weekly gather. Foremost, having a stable location meant that we found a venue where all electronic music-minded people could gather. It helped a lot in introducing our sound and vision to a broader audience in Taiwan. It was a point of entry into the music scene for a lot of people during this period. Since then, we have been able to develop the Smoke Machine brand and started then expanded the Organik festival. 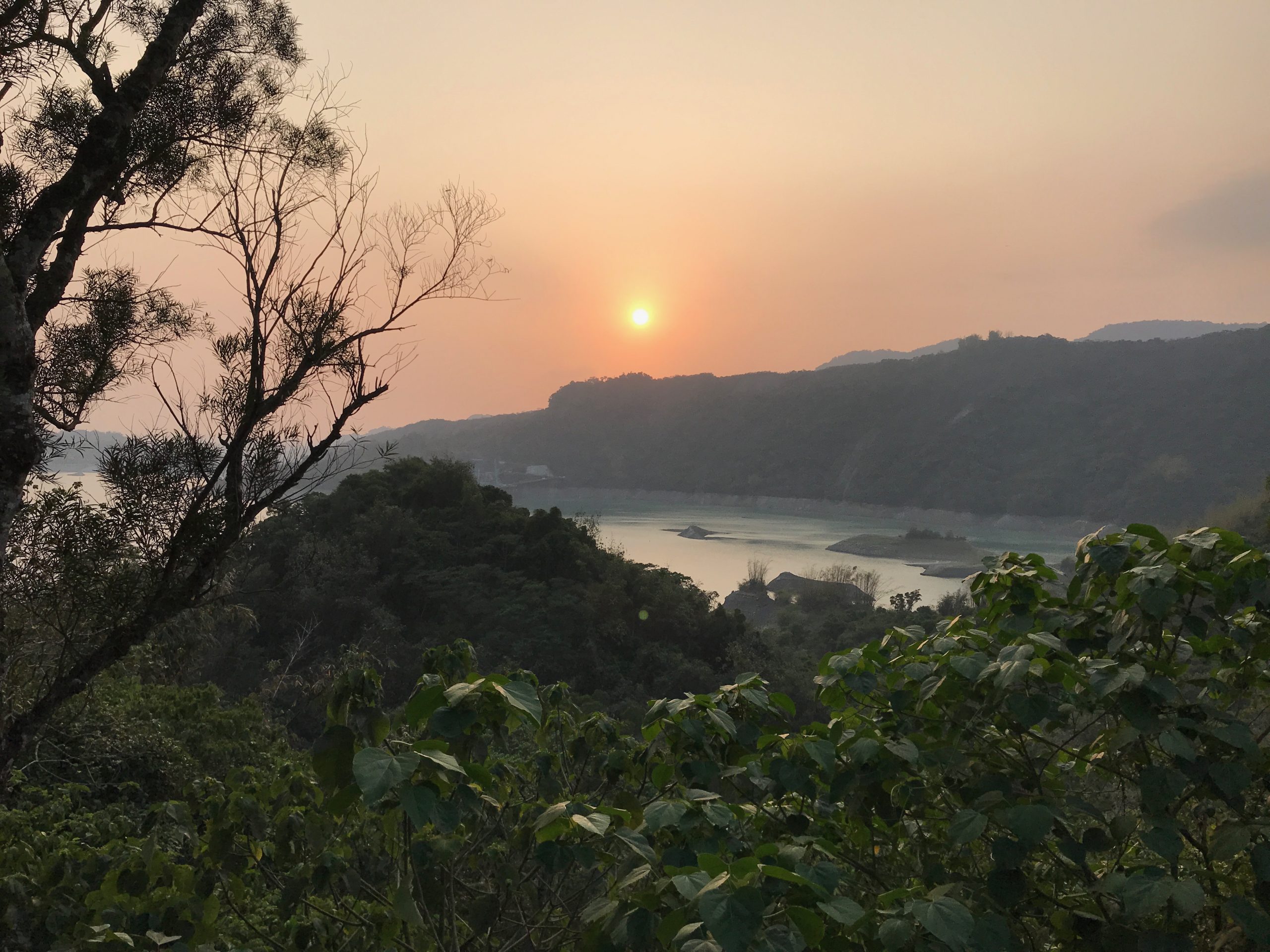 Nearly a decade later, I think Taipei has established a strong music scene, with other labels, crews, and foremost new talent. Among these are Andy Chiu, part of the Smoke Machine crew too, the new label, Jin, by Yoshi Nori, French producer Initials B.B, and the recently opened new club Pawnshop. To me, it illustrates the vibrancy and collegial attitude of Taipei’s music scene.

Scrolling through the Organik facebook page and you’ve been sharing some great memories from previous years in light of the festival being cancelled this year due to the pandemic, which I can imagine was an incredibly hard thing to do.. What are some of your own personal favourite memories from Organik to date? 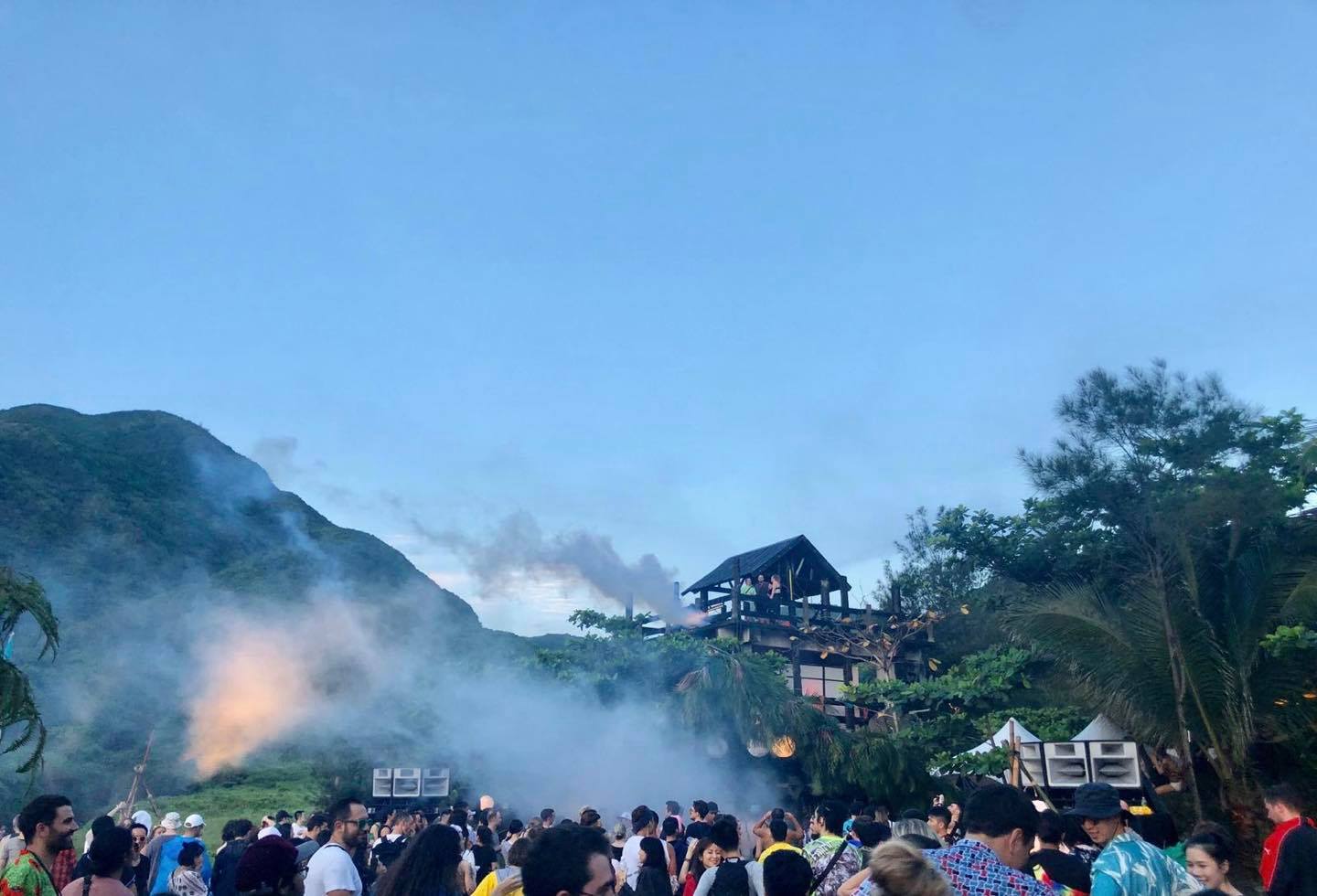 Tell us what’s the latest with the Smoke Machine record label, we’ve seen two incredible VA 12”s up first, do you plan on continuing with that format and did you have a specific sound in mind when starting the label?

On the first two releases, each track represents a different time and mood during a DJ set. Much of the sound of these two records are influenced by the festival, as can be noticed by the artists featured on it. In this, the idea is that the records represent the experience of the festival. For the moment, we are awaiting how the situation changes regarding COVID-19 and observing how the situation develops before releasing new material.

Listening to your recent set for RA’s Club Quarantäne live stream, and the mix you’ve prepared for us here, it sounds as though you’re leaning towards house music in your sets a bit more lately.. Tell us how and where this set was recorded, and what were some of your favourite moments?

Recently, I started exploring a more housey direction, indeed. Much of this was motivated by the feeling to bring me back to the digging culture of music vibe, which I had when I first started to listen and play techno. As such, I have been digging and exploring house music. The set itself was originally recorded at Safe Room in Bangkok, Thailand. The party is organized by the Sound Soundistan crew, which focuses on bringing in regional artists to Bangkok. What initially was supposed to be a 2h set – as a result of existing governmental curfews – became an extended set as the crowd demanded more and more. It was a great experience playing for such an engaging crowd.

While no one is sure what is to come at this stage, what are you planning for the future? With all things going to plan will we see Organik back in April next year?

Of course, the music scene is undergoing losses and fundamental changes. I wonder how the post-covid-19 music scene will look. For sure, with less mobility, but and as noted prior, I see this as a new opportunity to rethink what is vital in the current debate on the direction of the music scene. The crisis gives new opportunities to build a more locally-focused music scene that does not depend on artists flying around on short term visits. A robust local scene allows building a strong network of local artists that will be sustainable in the longer term. The music scene of 2022 will be different, and we will take some time to recover, we have been through prior ups and downs, and the music scene will re-emerge!