This week we’re graced with a breezy selection from the London based Canadian DJ known as Peach. Becoming familiar with her ear for fine sounds that traverse multiple genres by way of her monthly NTS Radio show and previous sonic adventures on Radar Radio, it’s no surprise that the formerly Toronto based artist has gone on to share weekly lineups with the worlds finest and forge a semi-regular DJ duo of sorts with fellow Londoner and MDC favourite Shanti Celeste! With her first original works out on Midland’s Intergraded imprint and most recently featured on Leon Vynehall’s DJ-Kicks comp, we caught up to find out more..

Hey Serena, what’s been happening? How’s the London winter treated you this year?

Hi! London winter has been pretty chill this year. I always think its pretty mild probably in comparison to -30°C winters I used to have in Toronto, but we had a really warm week last week which was great since a few friends were visiting from Toronto. 2019 started with some major life changes and I’ve had a lot more time to spend in the studio, which is amazing, but also just time to breathe and not feel super overwhelmed all the time. Outside of music, I’ve been working my way through a few cookbooks and reading some new books + magazines.

I see you just had an original tune feature on Leon Vynehall’s DJ-Kicks mix.. that must have been a nice feeling! Tell us about the track and how that one came about..

“Faxing Jupiter” was a project that took a few different forms before it got to where it is now. With help from Leon Vynehall, I worked on clarifying a direction with the really big toms which were an element that stuck around through all the various versions. Leon reached out to me after we’d met a few times through friends to ask if I had anything to contribute.

While on the production front you made your debut on Midland’s new Intergraded label last year… how did that all come together, and can you see more of your work popping up there in the future?

I met Harry (Midland) through a friend of mine from Canada. He’s always been an inspiration to me musically, so being able to release my first track with him on Intergraded was surreal. 2018 was a really big year of firsts and I’m really thankful for all the opportunities I was given, including the track for Leon Vynehall’s DJ Kicks, and of course being able to put “Silky” out on Harry’s label. I will likely start on new music for that with JAY, who is another artist on the Intergraded V/A, after I finish up my first solo EP.

I know you’ve played with Shanti Celeste a fair bit in recent times and share a bunch of upcoming dates together this month.. Tell us about the connection there, and what direction do things generally go in when you get together?

Shanti and I met when I opened for her at Room for Rebellion in London in May 2017. I’ve long been a fan of hers before our friendship, and since meeting we have become closer and started being asked to play out together more, which is always really fun. Everytime it feels special to share the decks with her but also challenging since she’s one of the best DJs out there. I think we share some similarities in what we look for in music, so when we play together it spans several genres, but has a focus on melodic, early 90s dance music which intersects house and techno. 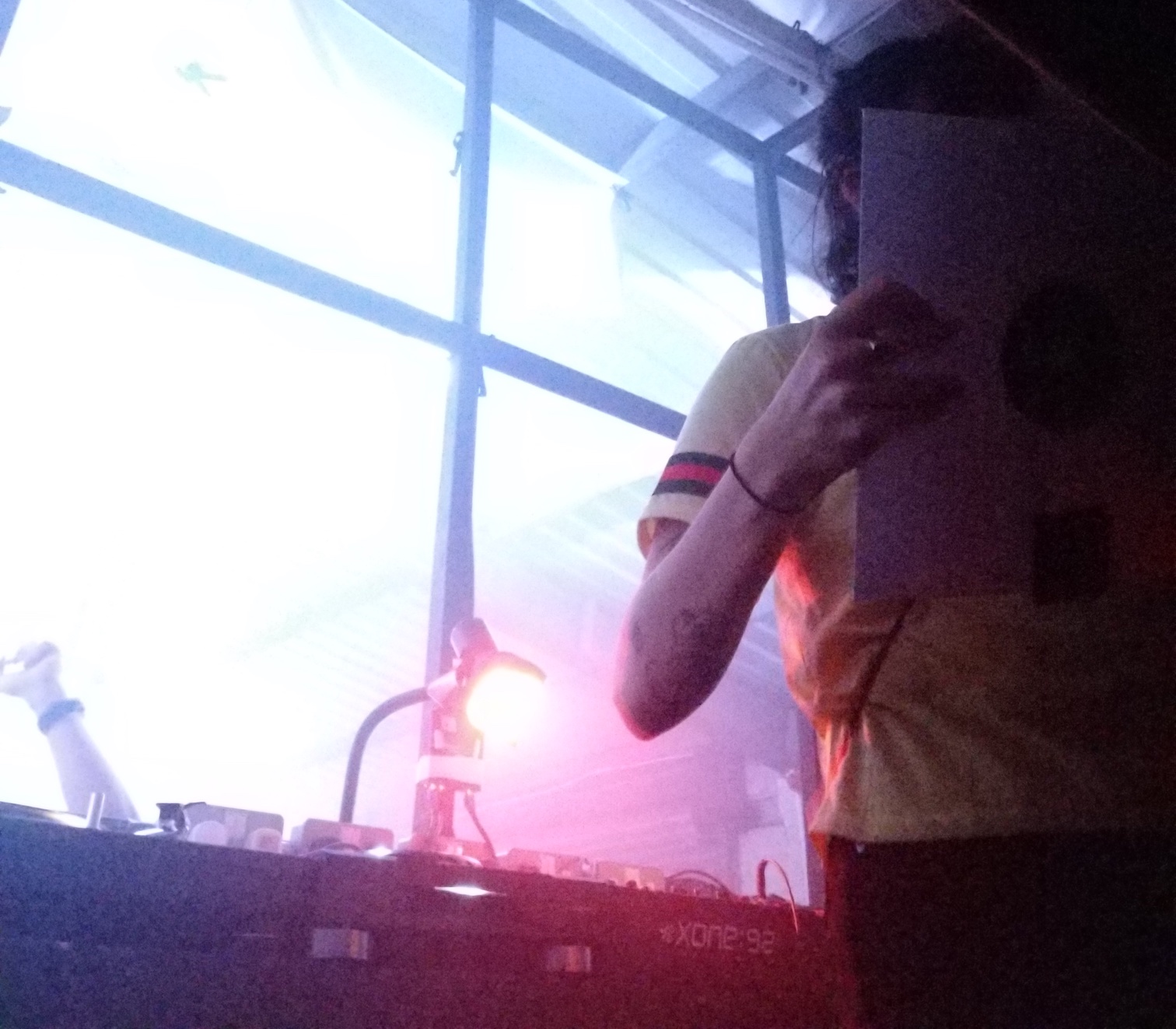 On your monthly NTS show you’re known for taking listeners on some ‘deep dives’ into your favourite artists and labels, with DMX Krew, ESP Records, and Pacific Records the first to feature.. How did you enjoy putting those together, and what are some of the artists or labels you’d like to take the dive with this year?

This is one of my favourite segments to do. I’m sure many people do this, but when I find something by an artist or label I like, I go through their entire discography from inception to present and listen to everything I can. I have a running list of who I’d like to feature, but since my show is only monthly, and I like to have guests on, as well as feature new music, I’m limited to doing a few a year. I like to keep it a surprise, but the next one will definitely feature an artist.

I’ve been playing a lot of club sets recently so it was fun to channel my energy into something more deep, and play out tracks I wouldn’t play in the club. I tried my best to channel some contemplative summer-like feelings in the short period of spring like weather we had here in London last week.

I picture this being played in a few different scenarios – like when you’re getting ready in the morning on your way out of the house on a nice warm day, or after a long day in the sun at the park or the beach and you’re cooking at home, or coming back from the club in daylight and staying up to chat more with your pals.

All the music in this is worth checking out, but want to specifically shout out my friend Ryan Pierre’s new alias Conduit, which makes an appearance as the last track. There’s a really big track by Adam Pits, who I’ve only recently discovered but is a producer to watch out for – he also produces as Space Cadets with Lisene, both of whom are very talented. Other contributions include forthcoming music on Church by Biodive, new Philip Budny EP on Let’s Play House, a track by Fyoelk on MMODEMM which is a label I’m really into, new Slim Media Player on Pacific Rhythm, last years HVL from his Ostati album, and last but not least forthcoming Max D on 1432R (check this label out if you don’t already know, everything is great).

More studio time, and more gigs! Many festivals on this side of the world in a few months for summer, touring North America for the first time this summer, coming to Australia for a tour later this year, and getting my first EP out there.

Thanks so much for having me I hope you enjoy the mix!!