After kicking it in Aus for the best part of summer, French born Silvère and Emmanuel from the now Berlin based Nummer duo were quickly becoming part of the furniture round here, playing shows for Melbourne’s Animals Dancing, Lucid and Kato’s Postcards From The Edge party in Sydney, between lots of surfing and enjoying our finest naturally fermented grapes. Now back in their adoptive Berlin they’ve continued to keep the Aussie connection alive, recently going in for an all nighter with Francis Inferno Orchestra at Berlin’s OHM and prepping a forthcoming EP for Animals Dancing.

Their music has always caught our ears with its weird and wonderful mixture of boogie, Detroit techno, jazz, fusion, deep house, and electro – as their mentor Brian Not Brian from the Going Good label once pretty accurately described it. In addition to regularly releasing sublime workouts across the spectrum for their own Nummer Music, the pair have just launched their latest sublabel Natural Selections – focussing on releasing music “that wouldn’t necessarily fit into any musical box” – with the label’s debut LP from the St. Petersburg based Mårble (aka Anton Glebov) a next level experimental fusion of synthesized jazz, ambient, dub and tribalist rhythms. We caught up with the guys to find out more,  and they’ve gotten together to record an hour of their signature blend of tribal atmospherics and cosmic disco oddities with some recent studio experiments hidden in the mix. Dig in!

Hey guys, how’s things back in Berlin? I see you did a show with FIO at OHM the other night, how did that one go down?

Emmanuel: Really good. Since coming back from Australia in February, I feel like I am re-discovering Berlin and it’s been great! The gig with Griffin (FIO) last Saturday was super fun, we played back to back all night long and had a very receptive crowd in front of us so we kind of took them wherever we wanted. It’s not always so easy in Berlin but OHM usually is a good place to do so!

Silvère: Being in Australia for 3 months was a lot of fun but I have to say Berlin has got a lot to offer! It’s good to be back with a stronger Australian connection and to hangout with all the people we met there. Griffin was definitely one of the people I got to know in Australia that I’m still in touch with now. 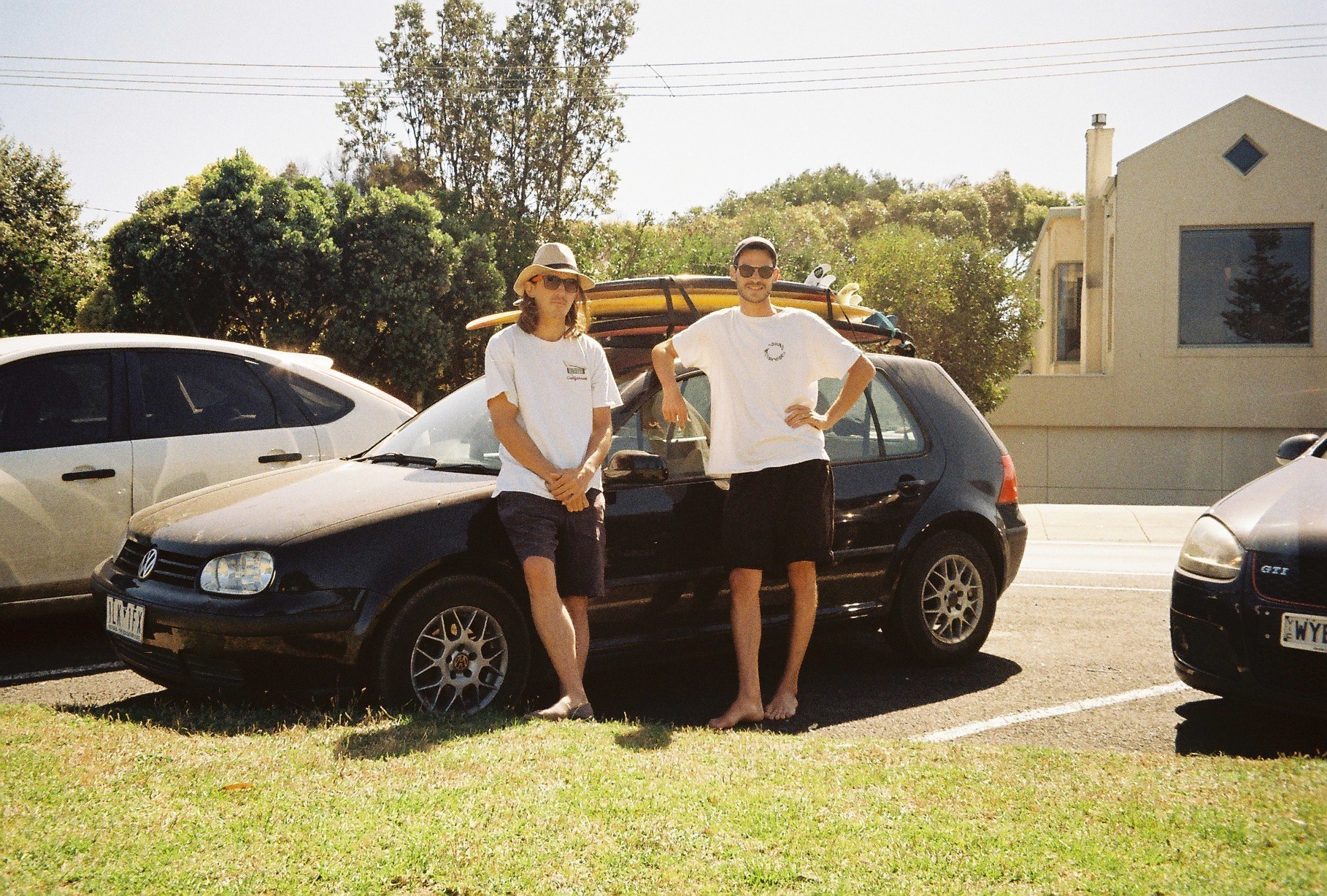 I know you’ve both been making music in various forms for a while now, what can you tell us about your processes when recording together? How do things usually progress from an idea to something more song-like and what kind of gear has been key to creating the Nummer sound so far?

Emmanuel: We haven’t evolved much in the way we make music together since we first started in 2010, it mostly depends on what we’re listening to at the time. This is one of the reasons why our music keeps on changing over the years as our personal tastes progress. If for example I’m into 90s Breakbeat and Silvère into Library music, we both bring in our own influences of the moment and go from there. Depending on that we decide how to use our synths and drum machines.

Silvère: It seems very related to the current mood but is also depending on which samples we work with, it usually takes us to different places. The studio hasn’t changed for a little while now but I think we have enough gear to experiment and enjoy ourselves. We still work a lot with the same analog synths, they never seem to get any boring honestly…

Your label Nummer Music has been home to most of your output since you started it back in 2015, and you’ve recently added the Natural Selections sublabel into the mix with a fantastic psychedelic ambient jazz LP by Mårble to start proceedings. What can you tell us about the Mårble record and your idea behind operating the separate labels, with Guillaume de Ubéda’s unique artwork nicely complementing the musical vision of each.

Emmanuel: Starting Natural Selections is a way for us to expand our field of research and release music that wouldn’t necessarily fit into any musical box. We got in touch with Mårble back in 2016 through his Soundcloud page and after he sent us a whole bunch of unreleased material, we thought this would be the perfect occasion to start a new label. His singular approach to jazz and electronic music definitely struck a chord with us and it felt right to showcase his work. Anton (aka Mårble) has his own world in which he blends all sorts of influences seemingly without ever paying attention to genres or trends and this is what makes his music so interesting and unique to our ears.

For similar reasons, Guillaume de Ubéda from Atelier Superplus has been doing all our designs and artworks… he has the resources to adapt to all the different kinds of projects we’re working on – we can’t thank him enough for providing us with so much quality work over the years. 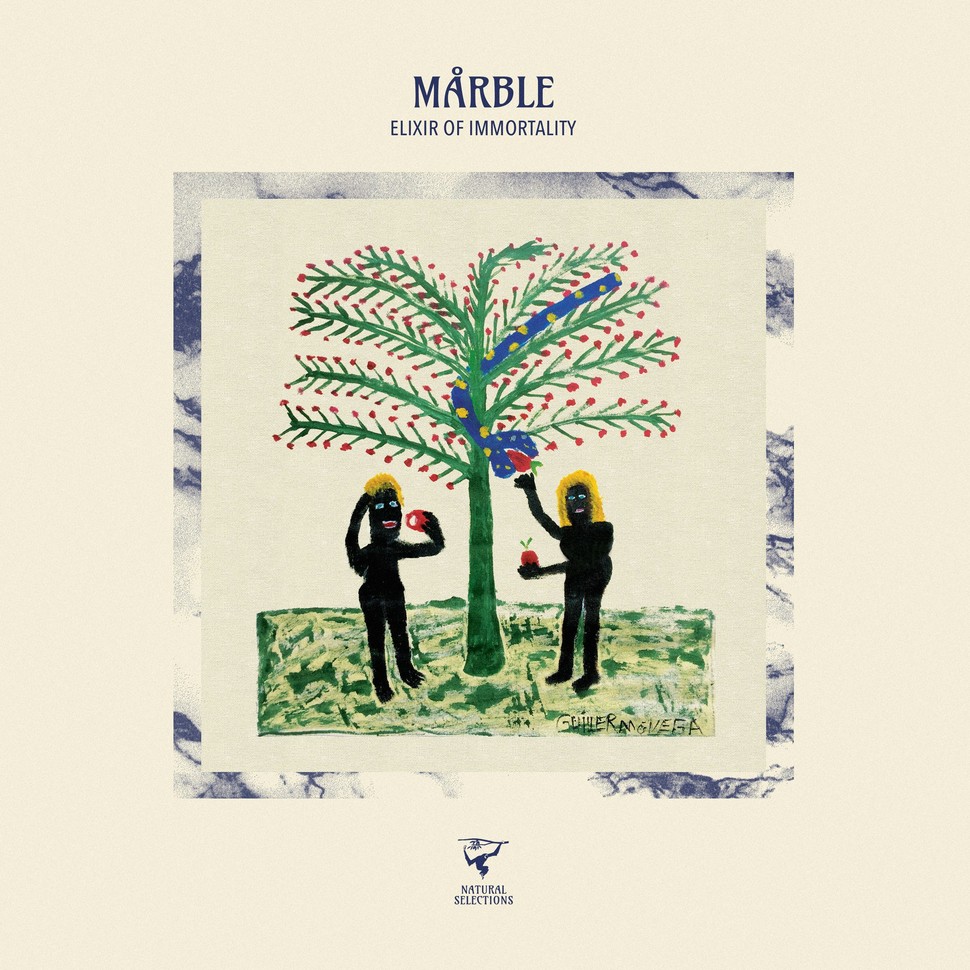 You’ve made music under a bunch of aliases over the years, such as Nitejams, Detroit Syndrome and most recently Standing Steel… What’s the direction you’ll be heading in with the latest moniker, and when might we be seeing that one arrive on the physical form?

Emmanuel: We like playing around with different names for different moods. Nitejams is all about raw jams recorded straight onto tape, while Detroit Syndrome is based on a more electro sound. With Standing Steel, as the name suggests, we’re aiming towards the deep end of dub techno with long repetitive tracks. The first one is still in the making and should hopefully be out at some point this year.

Silvère: Like we said our influences are broad and we usually end up with very different sounding output so it makes sense to have aliases to release them.

What can you tell us about this mix you’ve put together for us? Any special tracks in there you would like to mention?

Emmanuel: 90% of this mix is made out of tracks produced (and/or released) by friends of ours (Benoit B, Sentiments, Geena, Deep Nalstrom, Telephones, FIO to name a few). A lot of these tracks are absolutely killer and don’t necessarily get all the attention they deserve so we thought this would be a great occasion to serve them up! We’ve also included a couple of our own recent studio experimentations and one track off our EP on Animals Dancing coming out later this year.

What’s coming up next for you guys?

Emmanuel: As mentioned above, we have a release coming up on Otologic’s Animals Dancing label, which we’re very excited about! Making our connection with Australia even stronger.

Silvère: We’re pretty excited about that one actually, working with Nick, Tom and Andee is pretty awesome we are looking forward to getting it out! Also the World Cup is on now so that’s the main focus…