Early trance and tripped hypnotics from Berlin via Toronto.

Fresh off the back of some deejay business in Aus over the past few weeks, Canadian Berliner Nathan Micay leaves us with a parting gift in the form of one of his notoriously killer blends, weaving heavenly tech house and electro with mellow trance cuts from days gone by. We caught up with the producer formerly known as Bwana to chat about his latest manga inspired concept album for LuckyMe and the shift to making music under his own name.

Hey Nathan, how’s things? You were just down here on tour in Australia the other week, how did that all go? What were some of the highlights?

Things are great! I absolutely loved it down there. There’s such a contagious energy and every party just seems to get better and better. I’d say House of Mince in Sydney and Revolver in Melbourne were both been pretty damn memorable. Outside of tha club, came across a herd (is this the correct term?) of white kangaroos. Never seen anything like it!

You released your debut album Blue Spring on the rather prolific LuckyMe imprint earlier this year, seeking what you describe as a “sweet-spot between prog, trance, techno, hardcore, jungle, IDM and ambient”. Tell us a bit more about the process of making that album, what music you were inspired by and what you hoped to achieve with your first LP.

The final product there was actually my third attempt at completing the album. I tried to be a bit too artsy or avant garde for my own good on attempts 1 & 2. Eventually Dom from the label had the idea of a comic book and building on our previous collaboration ‘Capsule’s Pride’. So one night I wrote a story idea and with a theme in mind everything came together quite easily after that. The entire thing was very influenced by the music coming out around the time of Castple Morton Festival in 1993. FSOL, Northern Exposure etc..but with hopefully a more modern twist. My ultimate goal with the album was to make something that felt cohesive and conceptual, while still offering a couple bangerz 4 the DJ’z.

I know you also wrote a script for the manga inspired artwork for the release, with the comic unveiled piece by piece on your website.. What was the idea there? Did you try to create the album as manga soundtrack of sorts?

The idea is two fold. On the one hand, we wanted to contribute something to the anime/manga community after using so much of Akira on Capsule’s Pride in 2016. It only felt appropriate. Beyond that, I just feel if you’re going to put all this work into an album, why not really go for it ya know? There is so much music out today and it’s so easy to fall through the cracks. I tend to remember something with a concept and strong visual themes. I love the idea of world building. 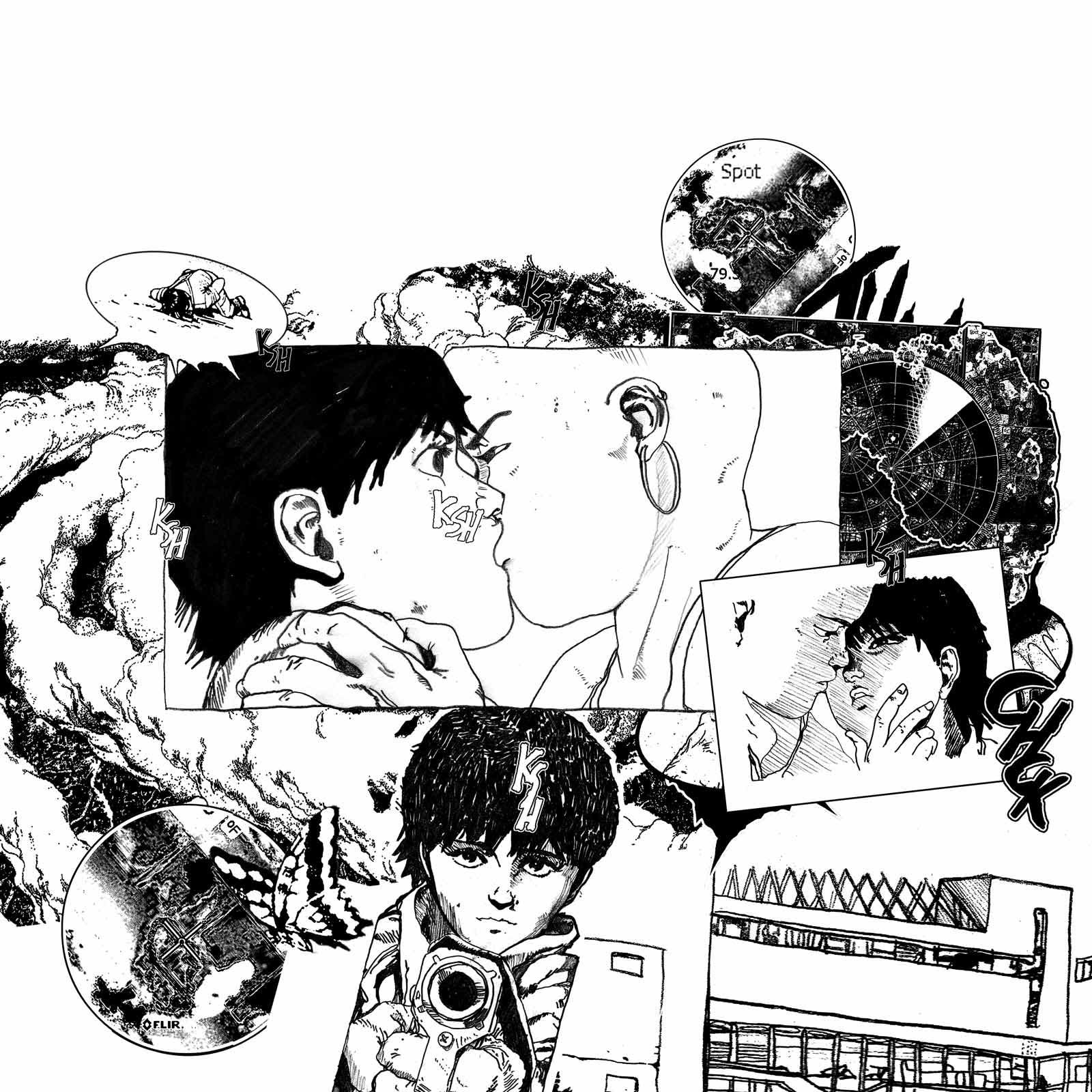 I see you retired your former alias Bwana around 2018, before launching the first of two EPs under your own name on Whities and ESP Institute. Tell us about why that shift came about, and how your approach might differ now to your earlier work?

I felt like the music I had coming on Whities, ESP and LuckyMe was all very coherent compared to what I’d released by that point. I’d also began to do more and more work in film under my own name. I decided to take a note from one of my musical heroes, Mica Levi, and just put it all under one umbrella. I was very nervous about it but it was quite liberating to just say “Hey, I’m Nathan”.

My last studio mix was for Resident Advisor in January and I feel like I might’ve gone a bit hard on that one and focused on tricks over tracks. This time I decided to keep it real simple. I went to a friend’s with a bag of 40 records and a few tracks on a USB and recorded it in an afternoon (then nudged some volumes in Ableton). It’s all quite trancey but in a lighter sense of the word. That beautiful time when house, trance and whatever else all seemed to cross over for a brief moment. It’s a bit lighter than what I usually get to play in the club. There are some new ones from myself and a couple of pretty hard to find tracks that will be out on a new re-issue label I’m starting this fall. Fuck the sharks.

More EPs, too many remixes to count. Re-issues. Starting work on album #2 and five weeks away from any plane, train or automobile.