While still relatively new to it all, Amsterdam based tastemaker, Red Light Radio host and eclectic selector Mary Lake is quickly becoming a key player on the Dutch DJ scene. Closing for big guns like Ben UFO at Shelter or on regular late night missions at De School, Claire or Sugar Factory, her uniquely moody, often twisted brand of techno and various broken styles always makes for an intriguing sonic adventure. Here she guides us through all kinds of discordant realms, and you can catch her IRL in Melbourne this February.

Hey Mary, how’s things? What have you been upto?

Hi Myles! Thank you so much for having me! Atm things are medium. I feel like winter kicked in early here in The Netherlands and for me it’s always a bit of a shitty time of the year, dealing with SAD (Seasonal Affective Disorder). Been sleeping a lot lately and taking tons of vitamin D to try to cope.

For those that aren’t familiar, tell us a bit about your musical journey to date.. Have you always lived in Amsterdam?

I lived in London from 2015 until 2017 and that’s where my musical journey started, by accident. Music has always been my number one love, but I never felt like I could pursue a career in it. Prior to London I worked in fashion in Amsterdam, mainly as a stylist. I didn’t like the fashion scene that much, so I quit and moved to London for a fresh start. I worked as a barista and in my free time I taught myself to produce with Ableton, just for fun. One time, my flatmates threw a party and asked me if I could provide the music. I did a DJ set with Ableton and it was truly a magical experience. I had so much fun and the people really digged my set. That’s when I decided to buy some Technics, practice and record some mixes. It didn’t take long before my mixes caught the ear of Charlie Bones and he invited me for his show on NTS radio. Since NTS, everything started rolling.

I moved back to Amsterdam because I already knew a couple of peeps working in the music scene and I felt like it would be a little easier for me to find my way here. Also, I got tired of surviving on a diet of cans of baked beans. 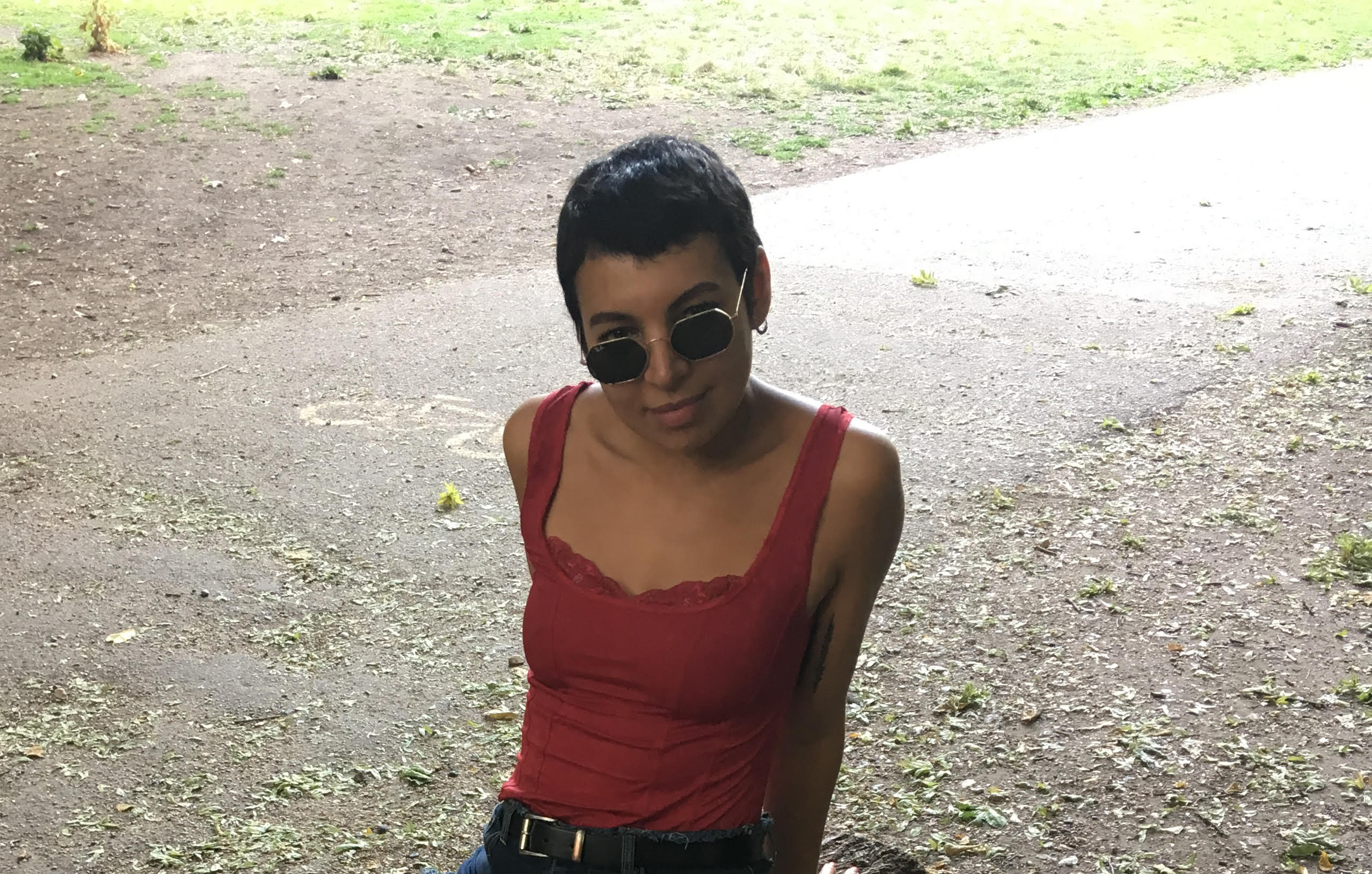 I know 2018 was kind of a breakout year for you, what were some of the highlights?

2018 indeed has been an amazing year for me. There were so many highlights. I played in Berlin a couple of times, it was great to experience the crowd there. Bordello A Parigi started to manage my bookings. Ben UFO invited me to play a closing set after him at club Shelter. I played in the garden of De School during Dekmantel weekend. I got my own show on Red Light Radio. I played a couple of illegal raves. I met a lot of amazing people (DJ’s, promoters, fans). I played a couple festivals. I met the Dance With Pride crew and they’ve been a great support to me and I love supporting them. Last but not least, after a year of couchsurfing and living out of a suitcase, I finally found a permanent place to live in Amsterdam.

I see you’ve been working at the Bordello A Parigi record store recently alongside our friend and recent guest Rey Colino, tell us about how that experience has been so far..

Bordello A Parigi is like a family to me. Hylke, one of the staff members and a friend, offered to do my bookings and I’m very content with our fellowship. Last summer, Colin (Rey Colino) asked me if I wanted to join the Bordello team to manage the employee schedules and help out at the shop. It’s amazing to be surrounded by like-minded people like Hylke, Colin, Otto (the owner) and the rest of the gang. I get inspired by them and they are a great support to me. And naturally, I get to learn a lot about labels/music by helping out in the shop.

You’ve got a great show on Red Light Radio called Worshipping Discordia that explores all kinds of weird and wonderful sonics. Tell us about the inspiration behind the show and how you like to approach each one..

Ah thnx for the kind words! I learned about Discordianism through this book about the KLF band. In a nutshell, Discordianism encourages the worship of Discordia, the goddess of disorder and chaos. I felt like somehow this “religion” is similar to my music taste, as it’s been described as eclectic, quirky and weird. However, I try to tell a story when I DJ, so in my experience the music selection for each individual show is not extremely eclectic. But the shows do differ from each other, genre-wise. When I prepare a show I like to work with themes or moods. I guess it’s a way of working that I learned in art school. 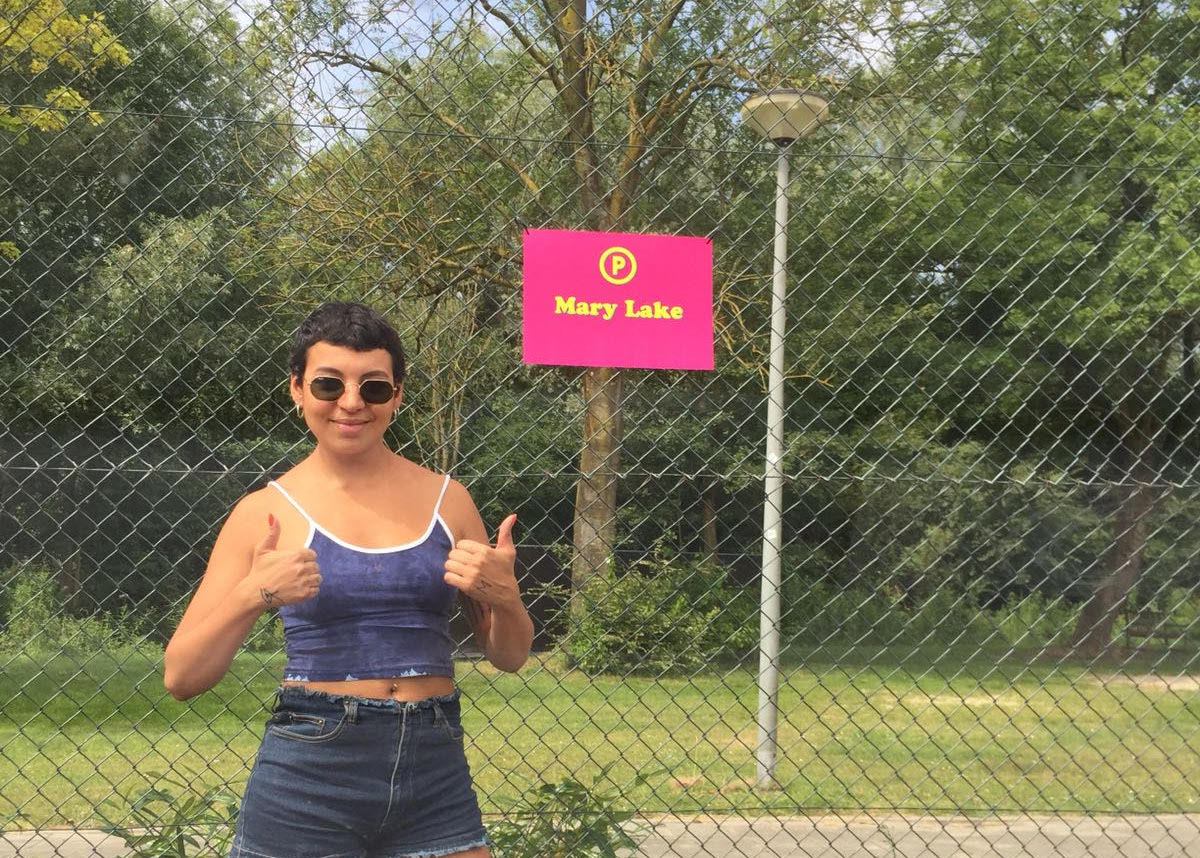 What have you come up with for this mix? Any special tracks you would like to mention?

I recorded this mix at home. Winter arrived and although I’m not a fan of this season, it does have a certain mystery, coldness and darkness to it which I can appreciate. I selected tracks that reflect this feeling. In my opinion, a genre of music that lends itself to this mood in particular is minimal techno, hence I used tracks such as “Hornitus” by Ø, “The Swamp” by Matthew Herbert and “Sea Club-Rush” by Grim Lusk.

I see you’re in Australia next month, what do you have planned while you’re out here?

YES! I’m so excited to skip a little of the winter and enjoy a month of Australian summer. I’m planning on doing lots of sunbathing, swimming and hiking. I’m also curious to find what the Australian record stores have to offer (psychedelia?). And I’m thrilled to make my DJ debut in Melbourne! On the 2nd of February I’ll be playing 6am At The Garage, 9th of February Animals Dancing and 23rd of February Primer..!