Lifting the intensity for a moment, we bring you an hour of mind-altering power from the multi-talented electronic force field that is Johanna Knutsson. Making the familiar move from Sweden to Berlin to step things up a gear some years back, she’s since become a force to be reckoned with among appreciators of intensely hypnotic rhythm based electronics. Delivering early solo material for Mr. Ho and Luca Lozano’s Klasse Recordings plus an ongoing groove heavy collab with veteran producer Hans Berg for the label they co-curate, UFO Station Recordings, she’s gone on to find her calling as a dynamic live artist, jamming with the likes of Minilogue’s Sebastian Mullaert, Mathew Jonson and Dorisburg as part of Mullaert’s new Circle Of Live collective whilst busily fine tuning her own new techno live act to be launched in the months ahead. Strap in!

Hey Johanna, what’s been happening over your way?

Since I came back from my Australia tour in feb I’ve been locked up in my studio in the weekdays, working on my ambient liveset and DJing around Europe on the weekends. It’s been the most productive/stressful year of my life but now I’m used to it and totally zen with it. Also the happiest I’ve been in years so I’m on the right path.

I saw you’ve been working with Sebastian Mullaert’s new live electronic collective Circle Of Live… How did you get involved and tell us about the experience of jamming with five other incredible musicians at Freerotation festival this year? That must have been something pretty special..

I was just starting to explore my own live-thing when he got in touch and asked if I was interested to join him. We have worked alongside each other for many year; he did a remix on my very first release on Klasse (as Minilogue), I’ve played his music out and we’ve discussed music / life / lifestyle for about 15 years, so working this closely together sort of closed the circle (pun intended). Freerotation was our first jam together as a group and it was very beautiful. Totally free and spontaneous, I quickly got over my nervousness and jumped right in. I’ve learned so much this year, basically saying yes to performing something i’ve NEVER tried out before, and in front of a festival crowd. I can’t describe it, but it got me high on life and I lost a lot of stage fright haha. 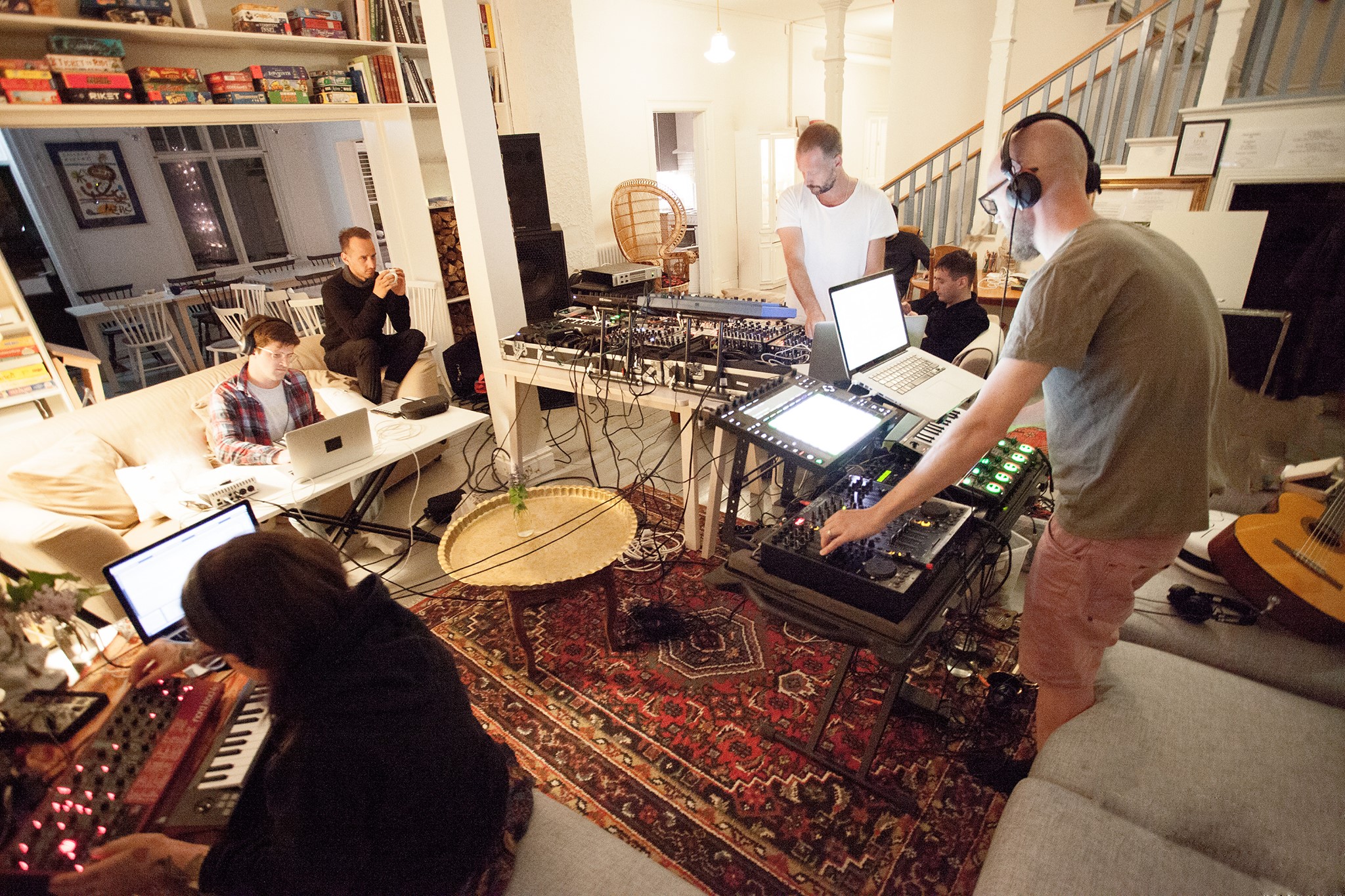 Johanna jamming with Circle Of Live.

I know you’ve been collaborating with Hans Berg for a number of years now, co-running UFO Station Recordings and consistently coming up with new material together in the studio. What has been the key to that little duo working so well, and what do you guys have coming up?

We didn’t know each other at all almost when we sat down in his studio together the first time, but our workflow was just SO easy and joyful. Our pace is fast and I think we trigger each others stupid sides quite a lot whilst drinking too much coffee, and somehow that works out really well. I’ve never been bored in his company, we always try out new things and he has the best studio setup. He inspires me a lot, he is definitely one to look up. He’s done so many things over the years, both dance and art/experimental music. You’ll notice after a while when you’re in his presence that he’s never quiet. Always making up melodies, drum patterns or whatever. Music is a big part of his being.

We have both been very busy the past year with solo projects and completely opposite schedules, but UFO 006 and a few other releases are on their way finally!

You’re also behind the concept label ZODIAC 44 alongside Luca Lozano, which I believe is now into its seventh release by the looks. Tell us about the idea there?

ZODIAC 44 is Klasse’s weirder little-sister label where we want to release weirder, punkier and more twisted electro or acid stuff for a short amount of time, like the really special stuff. We’re gonna stop it at 12 releases, that was the whole idea from the beginning. So that’s also why there’s not a fast release-schedule, it really has to be this particular music to make it on that label, we’re in no rush.

Tell us about the monthly Low and High Power FM radio shows that you present with Kate Miller. How did that all come about and what was the idea behind doing two shows together each month?

Kate got the opportunity to get a show on Cashmere Radio through a friend from Australia, and asked me if I wanted to do it with her. At that time we may have met like 3 times IRL but instantly wanted to get to know eachother better, so the best way to do that is to show your record collection and music taste to eachother. That’s how we started, and now it has grown into this beautiful thing where we meet at the radio and we’re always synced with what we want to play even if we don’t decide exactly what the vibe’s gonna be beforehand. She is my favorite DJ ever! 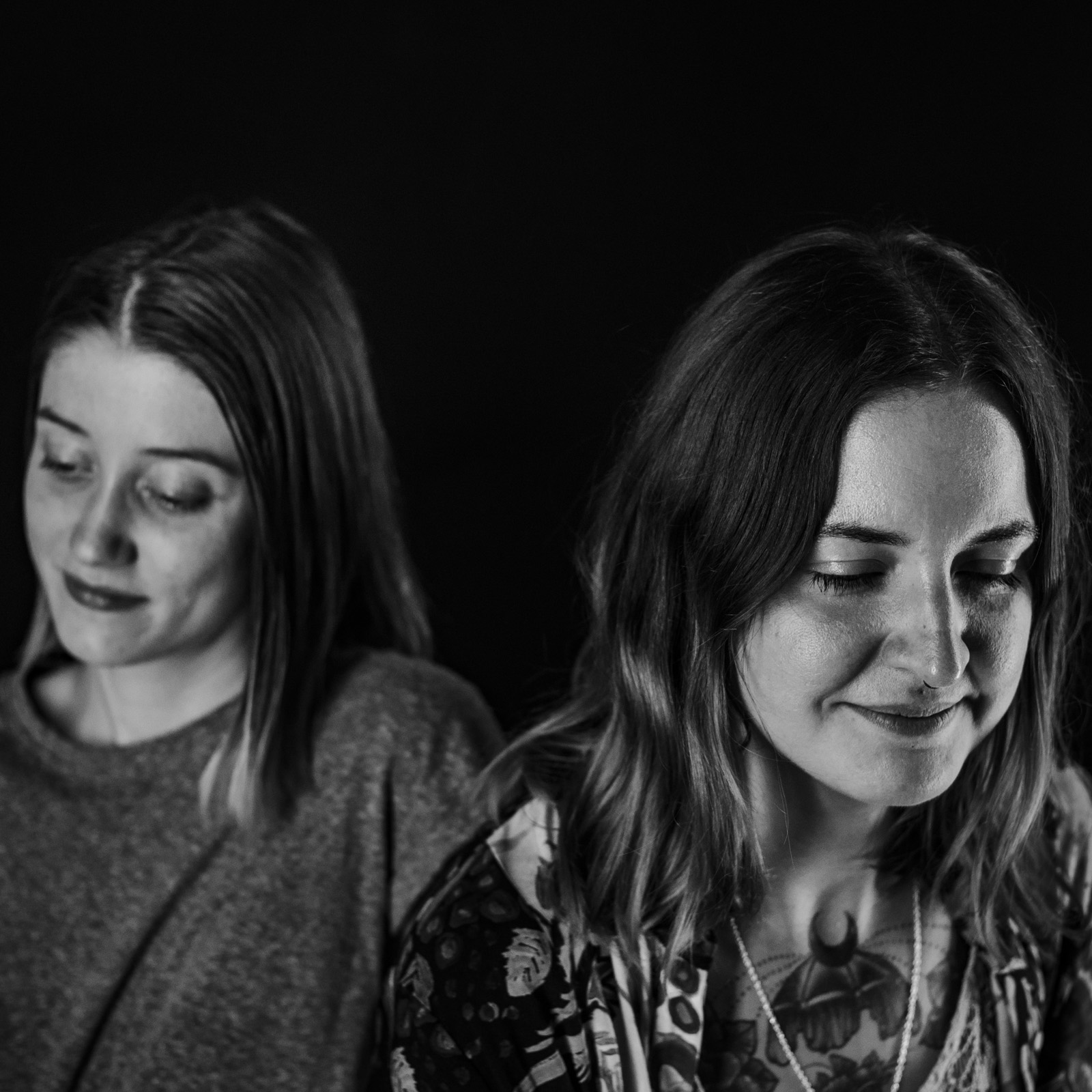 Oh, I wanted it to be a bit of everything that I enjoy playing. I made some music loops and field recordings for it as well to make it more “alive”, collected all the tracks that I’ve enjoyed listening to the last weeks or so plus some older favorites and went from there. Usually I do a mix like this; I just plan the first two tracks plus the last track and between it I try to keep it spontaneous. Only works on a good day though, but this was one of those days when everything was right and I didn’t even have to think, the music got me in a really confident and relaxed mood! Hopefully it will do the same to the listeners.

I love every track, but the last track has been in my headphones to and from studio since January and finally I could put it in a mix! The bass is giving me goosebumps. I had it as my final track last time I played at Berghain but chickened out last second and finished with something else. Instant regret 🙁 The track is Dub Phizix – [Right I know I’m gonna get shedded this weekend so let me eat some] Spinach.

This year I finished my first solo album, and my favorite label since about 14 years signed it! I can’t tell you more then this right now since it’s not gonna be out until March, but it’s very exciting. A remix and a couple of tracks on VA releases are done, but none of them have been announced to the public yet. Oh and I’m working on a techno liveset that I’m hoping will be ready in April latest, plus Circle of Live Recordings 002 is coming out in December!