This week we enter the rave cave with Berlin club deejay and co-host of the notorious Imaginary Friend parties DJ Fart In The Club! Hailing from South Korea, the tongue in cheek DJ – more seriously known as Soyoon Choi – has established herself as a late night mind twister of the highest order, flawlessly bending genres and vibes from Detroit electro to UK rave, techno, acid, trance, house and faster, harder leftfield electronics – you name it! We catch her here on the back of a recent stint in Seoul, connecting the dots between early 90s rave, UKG euphoria and bleepy modern club breaks, inspired by bustling city life and a deep sense of hometown nostalgia.

Hey Soyoon, what’s been happening? You just had a nice little trip back to Seoul and Shanghai by the looks, was that your first time playing over there since you moved to Berlin? How did it all go down?

Hello Myles! Thanks for having me. Yes I’ve been spending some time back home in Seoul and it was actually my second time playing there since I moved to berlin. I was lucky to play few gigs there, every party I could play different style with different friends. Korean crowds can be very energetic and open-minded towards music once the party gets going. For instance the party at “Channel 1969”, the music varied from ppongjjak (Korean gabber), trot, footwork, hardcore, donk, jungle, trance plus all the other weird fast shit and people were going nuts which was impressive. The best part though, was getting legit food with soju after the party at 6am lol. No more McDonalds! (Even though I love it shamelessly..)

Shanghai was also fun. It was my first time in China and I played at the newly located Elevator club which was super nice. My friends tagged along from Seoul and we had a lovely time aimlessly strolling.

While on Seoul.. who are some of the artists or crews that you feel the most connected with over there? I see you played alongside S.O.N.S and KRIJKA for one of their nights… do you feel like there’s a lot of interesting new club music and scenes emerging there at the moment?

Seoul scene seems big and wild from outside but actually it’s still pretty intimate. There are definitely more venues and parties every weekend than when I first moved to Berlin 4 years ago. Obviously I am not aware of everything that’s going on in the scene but I have friends who are working hard since years to keep things alive and interesting like Airbear, S.O.N.S, Clique Records crew, Wholes, DJ Yesyes and more. Producers worth mentioning: Leevisa and Frikimo who are in fast and deconstructed club territories and Go Dam who makes quality Drexciyan electro! He has an album coming out soon on Seoul’s own Braindance Records so keep your eyes peeled!

Back home in Berlin you’ve been hosting regular parties under the Imaginary Friend banner for the last year or so with a bunch of our favourites like DJ FATi, Flørist, Roza Terenzi and Jensen Inerceptor as special guests.. tell us about the idea behind the night, and who’s responsible for those hilarious posters?

If you look at our posters, you will notice that there’s always these 4 animals present: a dog, , a hedgehog, a squirrel and a cat which represents 4 friends behind the night (although we have minor conflicts on which animal is who): me, Johannes (JM Moser), Ben (Dadination) and Nahyun (Hardwerker). So 4 of us were just hanging out and we have been talking for ages that it would be nice to play music together and party with friends at a stress-free/intimate space. But then we were all too lazy to take the first step and one day Johannes blocked a date at Schrippe Hawaii, an offsite DIY venue where he did some cute parties in the past. Then Nahyun, our art director, gave us a very long presentation packed with the weirdest ideas that we’ve ever heard and then it all happened. 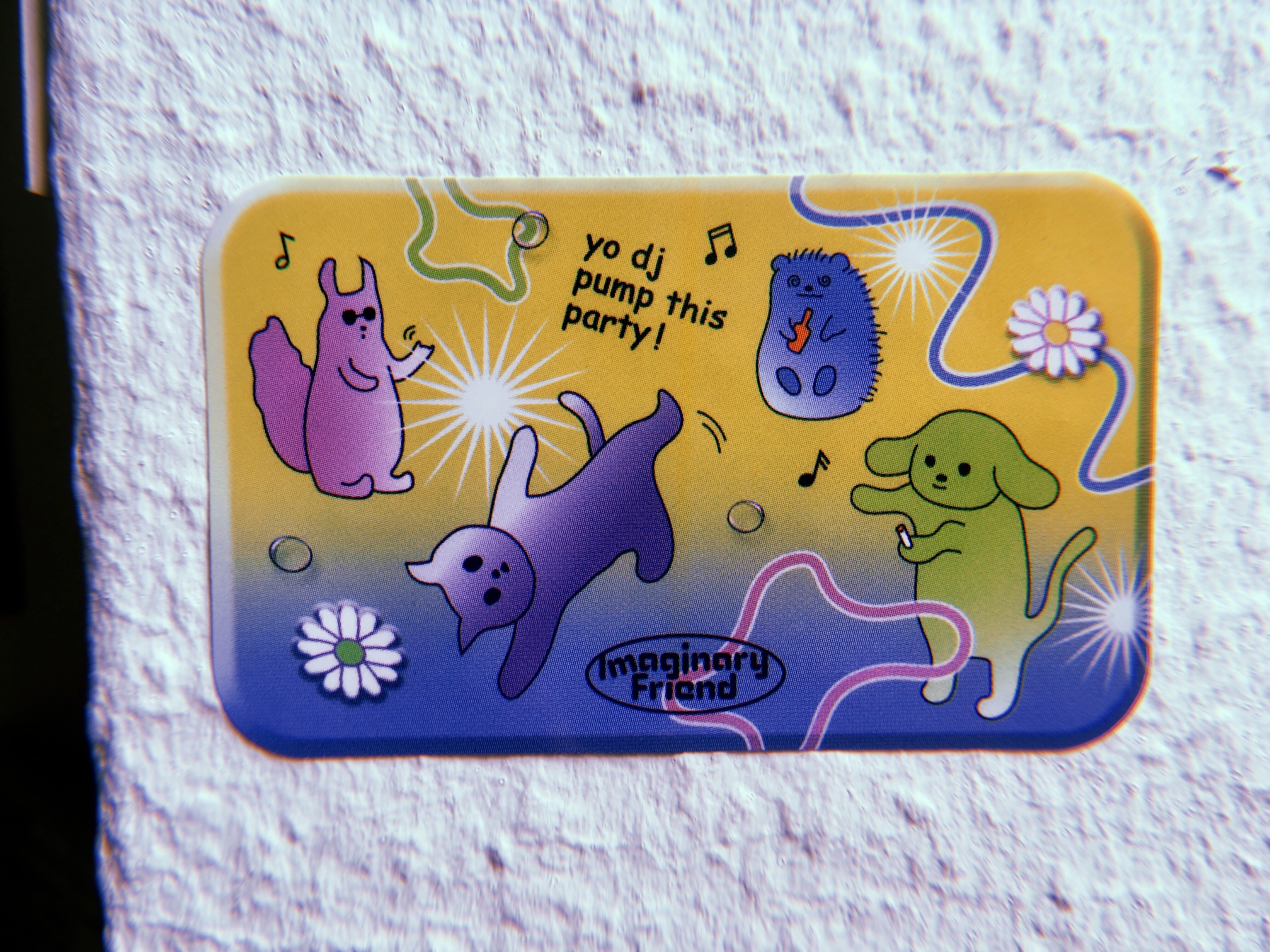 Nahyun is a very hardworking person because she’s Korean and she is the most annoying perfectionist that I know. She puts too much effort into the posters that it’s just painful to watch. So sometimes she finishes the artwork just a week before the party and we start promoting way too late but luckily we have loyal fans I think. She likes it when someone says her poster is hilarious so please go ahead and DM her.

What can you tell us about this mix you’ve recorded for us? Any special tracks in there or shout outs you’d like to give?

I developed the first part of the mix based on the feeling I got every time walking out of my parents place during my stay in Seoul. It was this peaceful apartment complex surrounded by mountains and looking at the tall buildings always gave me some sort of melancholic nostalgia of the time when I was living in Seoul. Seoul is a huge city and to go anywhere central from my parents place I had to take at least an hour ride of public transportation. I had to take a bus to the nearest subway station and that was where everything starts to get so hectic and disorientating. I wanted to portray these scenes in the first part of the mix and afterwards I built the mix with some of old and new fav tracks I like to play out. 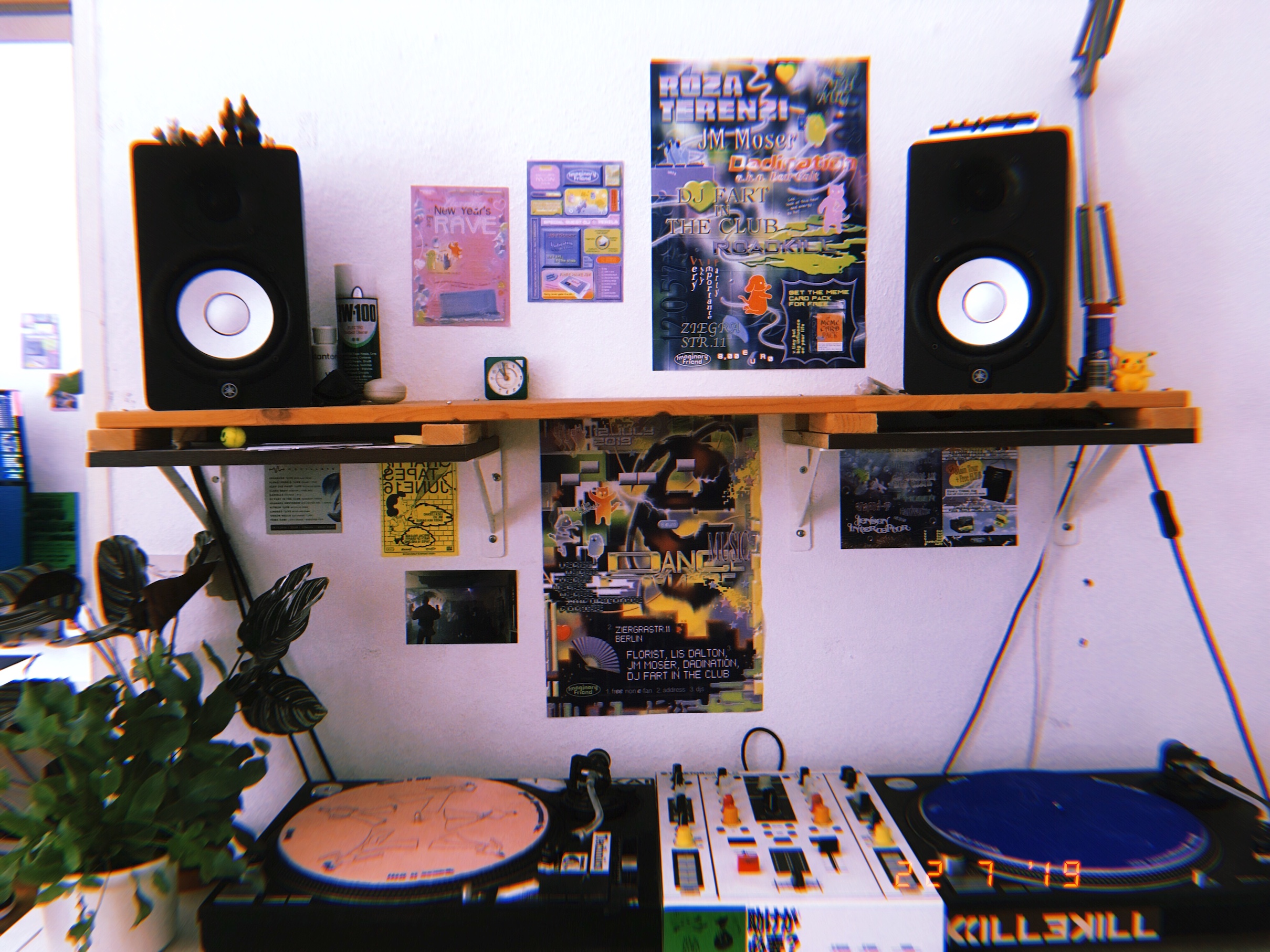 I have bit of exciting summer plans coming up. In August I’m off to the USA for the first time! I’ll be playing in NYC and LA, super stoked. I have 0 idea about what to do there the rest of the time but I’m just simply excited to experience Americaaaaa. After that back in Berlin I will play at one of my dream dancefloor: garden floor of ://about blank for the first time at Oscillate party alongside Aussie deejays Andy Garvey and Lauren Hansom. Then finishing off my school holidays with gigs in Manchester and Bristol.