The guys behind one of our favourite UK labels at the minute have really put their pedal to the metal of late, churning out quality DJ friendly 12″s at a ferocious pace, with absolutely no sign of slowing down. Based out of Glasgow, but originally hailing from the musically fertile Scottish surrounds of Perth, Max and Mitch have become an unstoppable force in recent years while operating under the Craigie Knowes banner, throwing parties and DJing throughout the UK on the regular, in addition to keeping up a release schedule that’s already seen them deliver brilliant releases this year from No Moon, Voiron and TEXTASY. Here they’ve turned in an unflinching club ready assault of acid, electro and broken atmospheric moments with full effect.

Hey guys what’s been happening? I see you’ve had a cracking start to the year already with three records out on the Craigie Knowes label and a bunch more in the works by the looks. Tell us about the idea behind the label, how it all came to life, and what’s coming up next…

Craigie is where I am from in Perth (Scotland, not your neck of woods), it’s a special place to me and for most people that grew up in the neighbourhood. Craigie Knowes is the hill when my row of houses was built, and the street name too. I suppose it just seemed right to name the project after something I care about.

As Max said it holds a special place and a lot of good memories for our group of friends. As for the start of the year we’ve been to Amsterdam and Rotterdam for a mini tour and visited the guys at Clone. I’ve just moved in to a new studio in Perth and we’ve been spending some time in there working on our own music which you will hopefully hear later on in the year.

I started the label as a sort of spin off of a DJ thing me and Mitch were doing as ‘The Craigie Cartel’. That project is now defunct but we still DJ together as Craigie Knowes, like this mix for example! So, the idea of Craigie Knowes was always to be a bit more than a label run by myself as a solo project, it was to become a collective to include the label, Mitch and I as DJs and to run parties under the same name as well. I’ve always loved collectives like secretsundaze and Honey Soundsystem, so not sticking to the script and using the Craigie Knowes name for anything I feel like seems to be the direction it’s heading. Confusing, yep, but who cares.

We’re expanding the main label with two sub labels this year too, one for reissues that will be run with another friend, George Elliott, and one for some heavier stuff run by myself. 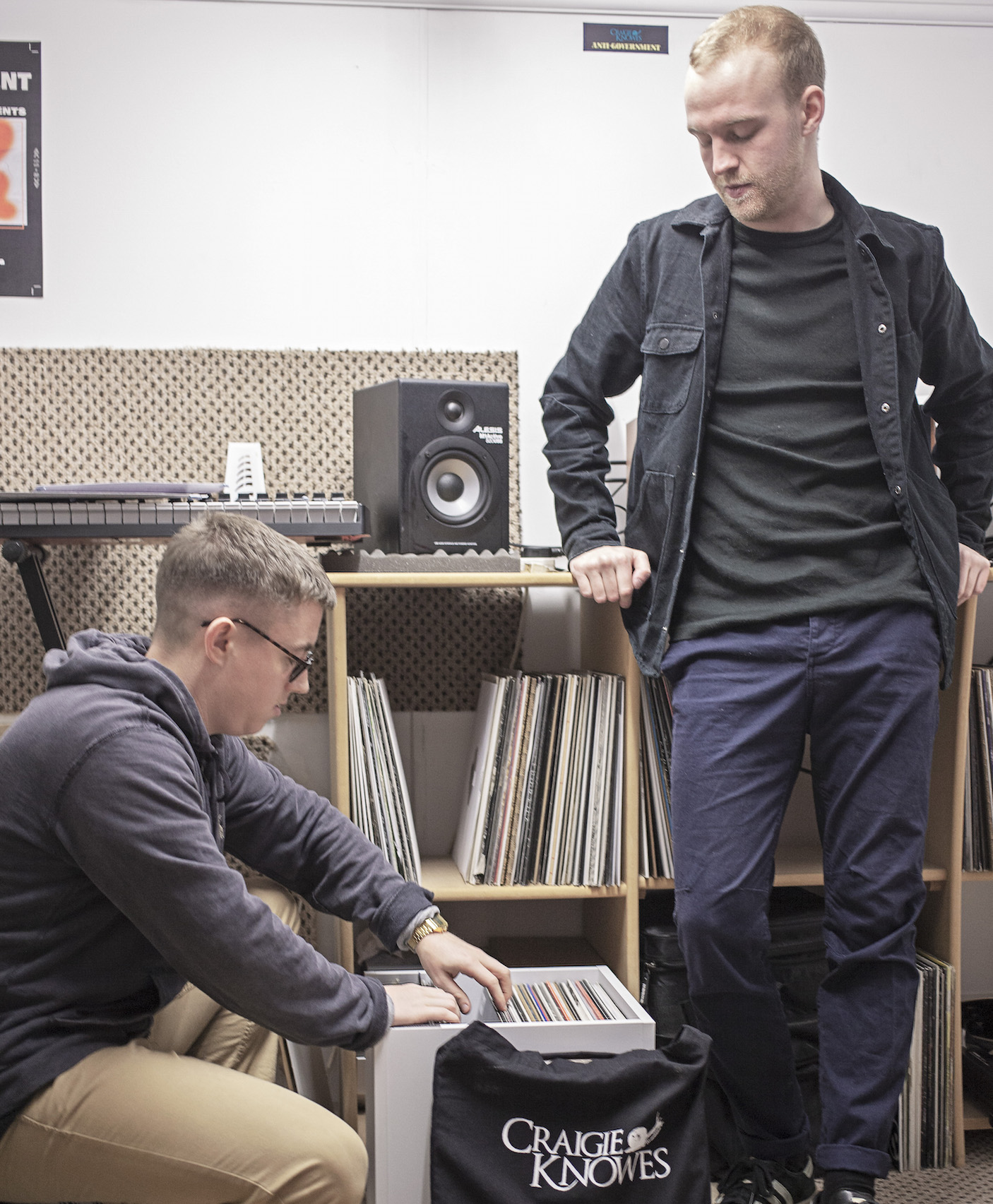 On top of putting out some killer EPs over the past couple of years you’ve become known for your annual War Child Fundraiser which has already featured a crazy list of artists from Legowelt to Shanti Celeste and Move D. Tell us about the concept and the War Child cause, and what can we be expecting from this years addition?

War Child are big enough to make a difference and small enough to care, that’s not some PR pitch from their website but a reflection of my experience of raising money for them. Their team is excellent, especially Jamie who oversees the music side of their fundraising stuff. I think of it like this; I do these projects because I can, and if you can do stuff like this then you should. Yeah, hating the conservative government will get you 100 likes on Facebook, but it doesn’t make a difference, but maybe giving some money to War Child will help clean up a bit of our countries and their allies’ mess, it not a lot and it’s slightly presumptuous, but it is something.

This year has been interesting as we’ve switched up the format for the fundraiser, the 2×12” album is replaced by two individual 12” releases. Part 1 has tracks from Luke Vibert, DJ Overdose, Cygnus, TEXTASY, ASOK and London Modular Alliance. Part 2 has tracks from Mark du Mosch, Credit 00, myself, Eluize and Jared Wilson. Clips are up on all the usual stores so the people can make up their own mind!

Besides from some of the bigger names you’ve featured across the compilations, you’ve also been pushing through a number of up and coming Glasgow based producers like The Burrell Connection, William The Squid and DJCJ to name a few… what can you tell us about the emerging local talent you’ve discovered? It sounds as though the city has a nice spread of emerging artists at the moment..

All the artists you spoke of are actually from Perth, but they live in Glasgow. That seems to be the way in Scotland, if you like this stuff then all paths lead to here. Music migrants like us owe a lot to the city, but I think people from Perth brought a lot here too over the last six or seven years. West End Communications run by Kyle WEC is excellent, his brother Liam’s monikers like Clouds (with Callum), Perth Drug Legend and North Sea Dialect are always causing a stir, and guys like DJCJ that calmly go about producing some of my favourite party tracks all hail from Perth originally.

Glasgow also has an incredible haul of talent too, especially on the DJ front at the minute, unsung heros like Nowicki, selectors like Sofay that are getting the break they deserve, and long timers like Bake and Ryan Martin are always at the front of the pack in my opinion.

What can you tell us about the mix you’ve put together here? Any upcoming biz we should keep an ear out for?

I played a lot of upcoming stuff from some of my favorite new labels for the first 35 mins or so. It’s just stuff I thought went well together. Electro from Australia, garagey stuff, some breaky stuff. Played a few from Credit 00s recent EP on his Rat Life label, a definite favorite from me.

I went with a fairly wide blend of old and new stuff. A classic Bam Bam acid track, some stuff on Brokntoys which has been one of my favourite labels over the past few years, a Storage Media track on Ebeamz which went under the radar last year. Then a couple of brand new records I got through my door that day including the new Redlight record from UTTU. We basically just put a mix together we felt we would play in the club.

What else do you guys have coming up this year?

Tons! On the label we have Derek Carr’s 12”, The Burrell Connections first full EP with us, Carl Finlow is coming back to do another EP, one by Paolo Di Nicolantonio who runs the YouTube channel SynthMania, a bumping one Vin Sol later in the year. And the sub-label we were talking about.

Gigs wise we are continuing to run parties at our home, La Cheetah Club. We have Cooper Saver over soon. Also have a label party in Berlin and a few more in the pipeline. Also have trips to AVA festival to talk at their conference and gigs lined up in Bristol and all around Scotland. Can’t wait!