The Toronto producer eases in with a tranquil blend of fresh Australian electronica.

Continuing our Canadian obsession into the new year, this time we’ve thrown it over to Toronto’s Ciel aka Cindy Li, the Discwoman affiliate and Spectral Sound producer who recently launched Parallel Minds, a label and collective she shares with three other liked minded Torontonians. Already establishing herself as a favourite among Australian punters over an extended run of shows in 2018, the feelings have clearly been mutual as her mix is comprised almost entirely of dreamy new Aussie productions, paying tribute to the native Australian wildlife and rugged landscapes she fell in love with over the course of the tour. It’s one for the ages!

Hey Cindy, how’s things? What’s been happening out there in Toronto?

Hi Myles. Thanks for having me on MDC! Right now Toronto is extremely cold and snowy and grey. I’ve been taking a much needed break from touring since the holidays, and have been really enjoying all the time spent at home with my partner and our cat. I’m also making a ton of music in my spare time, both on my own and with some of my favourite Canadian artists, all of which will see the light of day hopefully in 2020.

Last year you launched a label called Parallel Minds alongside some friends in Toronto, what was the idea behind the project, and tell us a bit more about your label mates and how you all came to working together?

Parallel Minds was conceived in 2017 by myself, Raf Reza (who was on the first VA), Yohei, and Daniel 58. At the time we were spending a lot of time together mixing records and smoking joints, playing b2bs at Bambi’s, hanging out and talking about the lack of labels locally that supported emerging artists. It seemed like I was perpetually sitting on a mountain of really fantastic tunes sent to me by Toronto pals who had no way of getting them signed to a label and no one to send them to who ever responded to them. It also bummed me out personally that Toronto had (still does tbh) much fewer notable labels than either Montreal or Vancouver. All four of us were making a ton of music at the time, and we wanted to find a way to help other local artists like ourselves get our music out to the world. After my first record on Peach Discs came out to positive responses and I embarked on my first European tour, I realized that I could leverage what little international recognition I’ve received so far to help launch this label and make it a reality.

2019 also saw your first release for the legendary Ghostly International sister-label Spectral Sound.. tell us what kind of an influence that label has had along your musical journey, and discuss how you approached writing record for a label with such a big global presence and unique sound..

That was kind of a big moment for me but I honestly did not make the record with them specifically in mind. I had written most of the material already in a series of sessions from 2017 to 2018. At the time I was jamming a lot with my friend, Wiretapping, and two of our jams eventually turned into tracks that ended up on the record. The title track and Hipwrecked were both done earlier on in 2017, the former in particular was inspired by a period of intense anxiety and personal issues. In the end I submitted the 4 tracks as a pack and it just so happened that they loved them as a complete package.

I never thought I’d get signed to Ghostly / Spectral because I didn’t think I made music that fit, but I think the beauty of their power and influence as an institution for North American dance music is that their vision and style is extremely diverse and far reaching, which suits me personally just fine. I still remember seeing Matthew Dear DJ for the first time at Movement 2008, at the time I was a big Audion fan and it was my first time at a proper techno event. 10 years later, I played at Movement with the Ghostly family and shared a booth with Matthew Dear, so to say this has meant an enormous amount to me is an understatement. 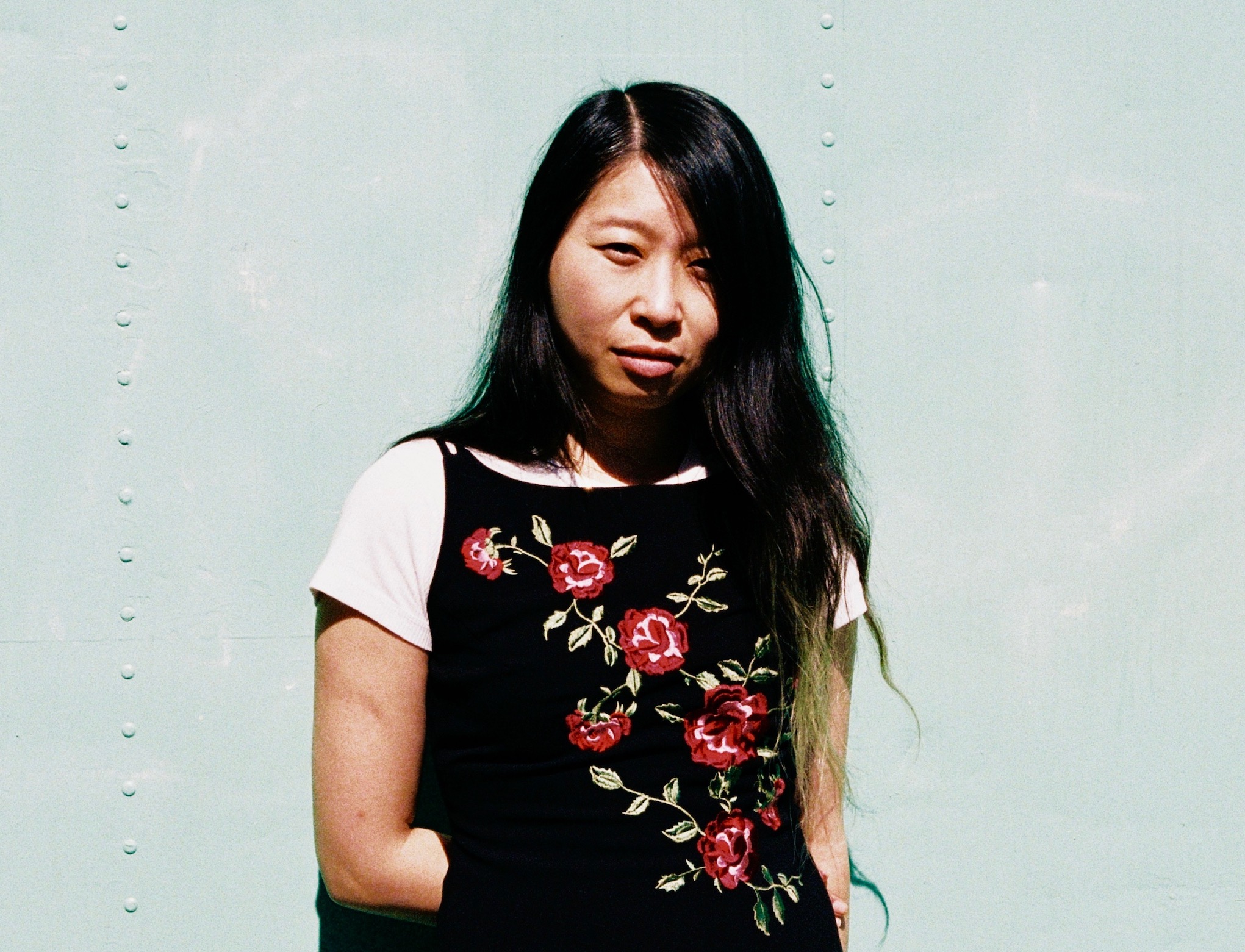 I quite enjoyed reading an article you wrote accompanying a mix for The Vinyl Factory last year about ‘Discovering west coast Canadian trance and new age’, having similarly myself gone down a Discogs rabbit hole after discovering Pilgrims Of The Mind, the late Phil Western and Map Music’s Welcome To Lotus Land mid-90s compilation. I’m curious as to what kind of a scene there was for this kind of underground music in Canada back in those days.. have you ever had the chance to speak with any of the artists or people involved?

Thank you so much. I really had a lot of fun making that mix, and the music from that scene has been an integral part of my DJ wheelhouse for half a decade. Because of that, I’ve been fortunate to get in touch with Robert Shea who ran MAP and some of the artists on the label such as Cristina Handrabur of Mere Mortals / MC2 & Erra. Robert was actually super kind to send me some of the out of print compilations and albums on CD in the mail back when we first met online (big shout out to Robert!) Getting in touch with Robert made me realize how deeply integrated MAP was within the global ambient-trance and breaks scene at the time. They shared quite a few artists and personnel with Harthouse and Exist Dance, and Sven Vath was a fan. Getting in touch with me also made Robert realize that there was renewed interest in the label, which led to the compilation’s vinyl reissue in 2018. I was recently very excited to hear Brutaz in Poland is reissuing another record from the scene, Outersanctum’s Frequencies from the Edge of the Tektonic Plate. At the peak of my obsession with this crew, I even found this interview on French CBC with the core MAP crew, and this interview with Phil Western is also great.

I honestly don’t know too much about what the music scene was like at the time as BC is on the opposite side of the country, so you’ll have to ask Robert and Cristina! But from what I can gauge, it was just a bunch of hippie music nerds who enjoyed jamming together, maybe under the influence of psychedelics from time to time. It seems to me everybody involved with the label were musicians first and foremost (unlike the current DJ-first culture), and they were interested in music beyond just electronic dance music, more experimental stuff like Severed Heads and John Cale. You can hear the breadth of their influences in their sound, which I find just so colourful, like the most colourful music you’ll ever hear.

You’ve recorded a special mix here featuring predominantly Australian artists, and I was reading in a recent interview that as an indie kid you were a big Cut Copy fan as you were discovering dance music… what do you think draws you to Aussie producers so much and what was the general idea for this mix?

I had toured for the first time in Australia late 2018 and it made a massive impression on me. In many ways, it reminded me of a warmer version of Canada. People were incredibly kind and welcoming and I was blown away by the hospitality the promoters and local artists showed me. I also absolutely adored the incredible nature I saw in Australia, having played in Hobart and Brisbane and Melbourne and Sydney and Adelaide and Hopkins’ Creek Festival in a volcanic crater, I fell in love with the landscapes I saw and the animals local only to this part of the world. So when I first sat down to think about this mix, the bushfires had just started raging and the news was beyond depressing to see. Everywhere I saw online was just videos and pictures of burned animals and ash that was once blooming flora & fauna. A fan from Australia sent me a DM on IG, telling me how my song “Terracotta”, as it’s a track that talks about the sea and land, was able to give them a lot of peace during a time that was anything but. 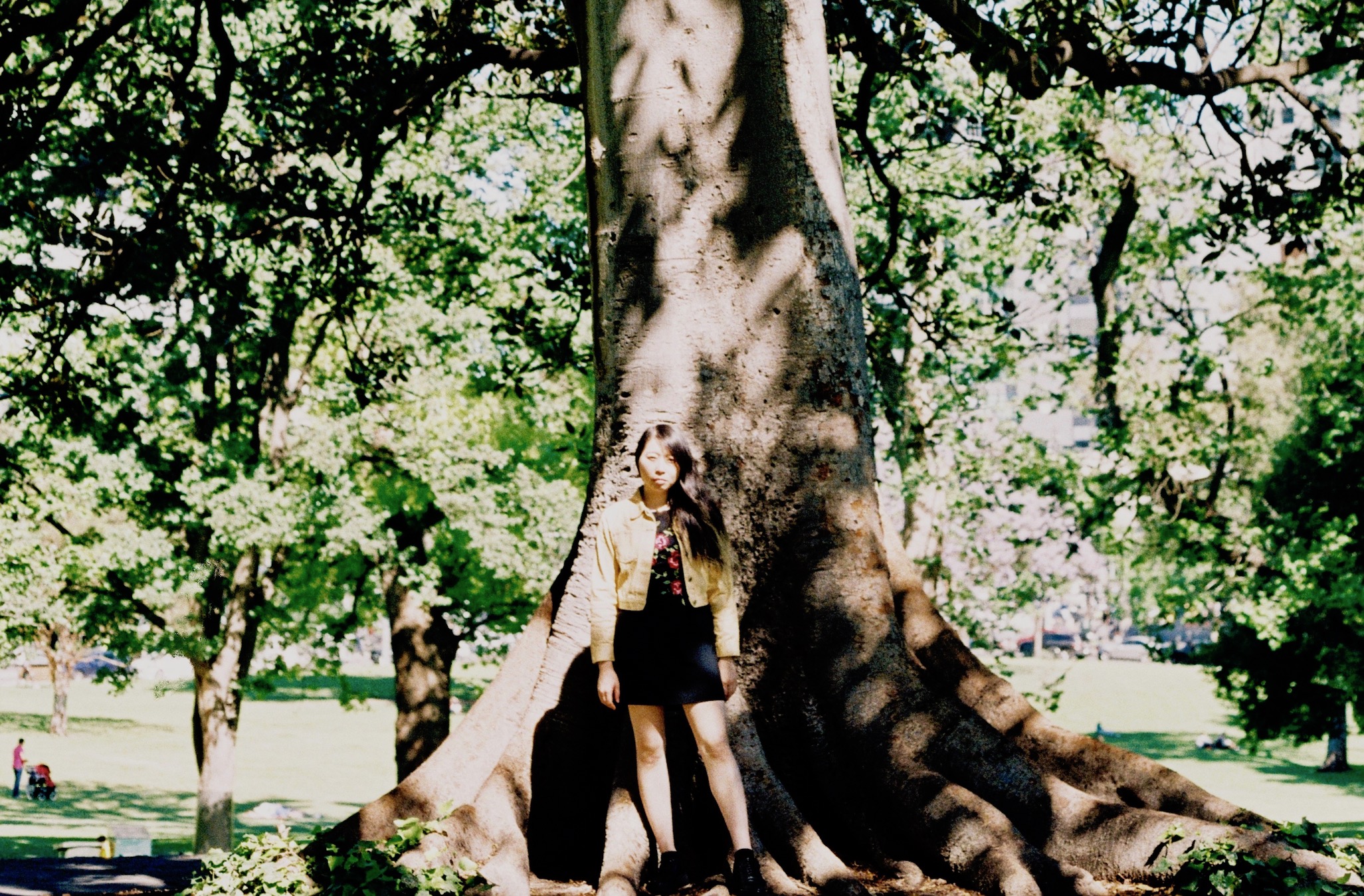 And so I decided I wanted to make a mix that not only paid tribute to this incredible music scene and country and its amazing artists, but was musically able to provide a sense of solace to people who perhaps feel hopeless about our time on this planet. That is partly why I began the mix with music by indigenous tribes from East Timor—as “modern” people it’s sad to see that we’ve lost touch with the roots of our life on this planet as we know it, and I think we have so much to learn from indigenous cultures and their respect for mother nature. I also chose a lot of dub music, and music that featured lots of organic drums for similar reasons, as these styles of music owe as much to indigenous folk music as they do to modern electronic music. Ultimately I wanted the mix to feel like slipping into a warm bath. Hope it was successful. 🙂

What else is coming up this year? When might we see you back in Aus?

At the moment I’m finishing up the final touches to my next EP plus a handful of remixes for pals. Also getting prepped and excited for the imminent release of Parallel Minds 002. Between last year and now I’ve made 4 collaborative EPs with everyone from Ali Berger to D. Tiffany to Priori to Roberto from Toronto. Crossing my fingers they’ll all come out at some point this year as well. Next week I leave for a month long European tour with D. Tiffany and CCL. I’m stoked to tour with two of my best friends in “da biz”, and I hope for many more opportunities to do so this year. As for Australia, I’d absolutely love to go back. In fact, I believe my agent is working on me potentially returning in the latter quarter of this year.